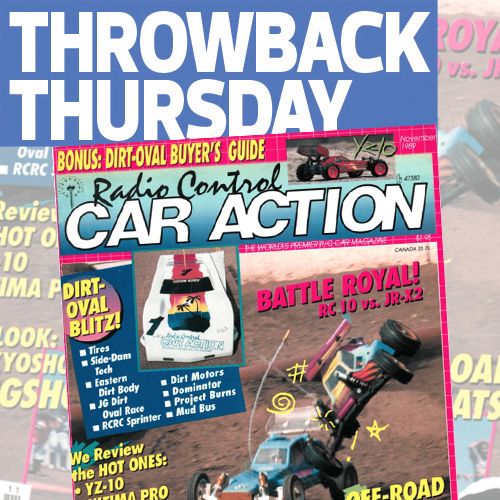 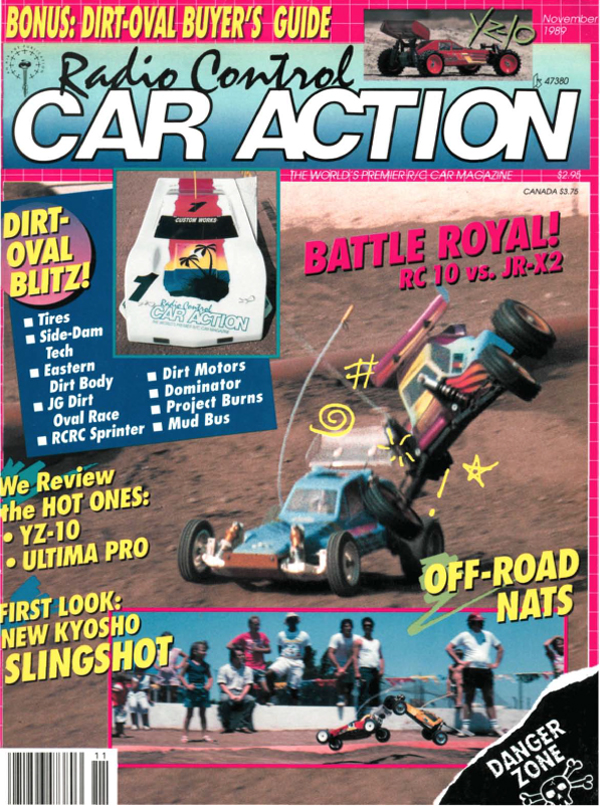 In RC there are something things that have just always seemed to be.  Whether its the way we do things, the type of cars we drive or even just something simple like a rivalry. For the average RC enthusiast these things just seem to have always been there. Looking back through the historic issues of RC Car Action, we can see things trend and appear that set these definitions in our hobby that laid out the future as we know it. Take the November 1989 issue, within this single issue lay two of the most important factors in off-road racing as we know them today. The battle for off-road supremacy between Team Associated and Team Losi (now TLR) is a battle, it seems, as old as time itself but it all started here, on the pages of RC Car Action with a head to head between both companies prize fighters, the first duo to duke it out in the dirt. November ’89 also brought you a look at a new 4WD warrior that would set the baseline for all 4WD buggies to come. The Yokomo YZ10 wasn’t just ahead of its time, it was just in time to mold the off-road racing scene for the rest of history. 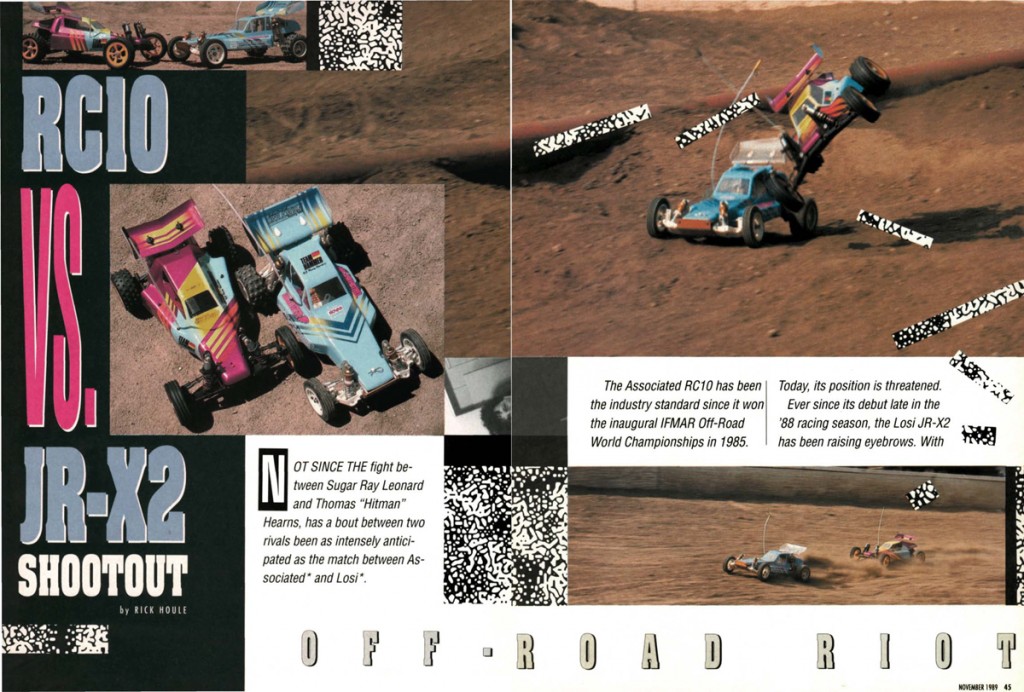 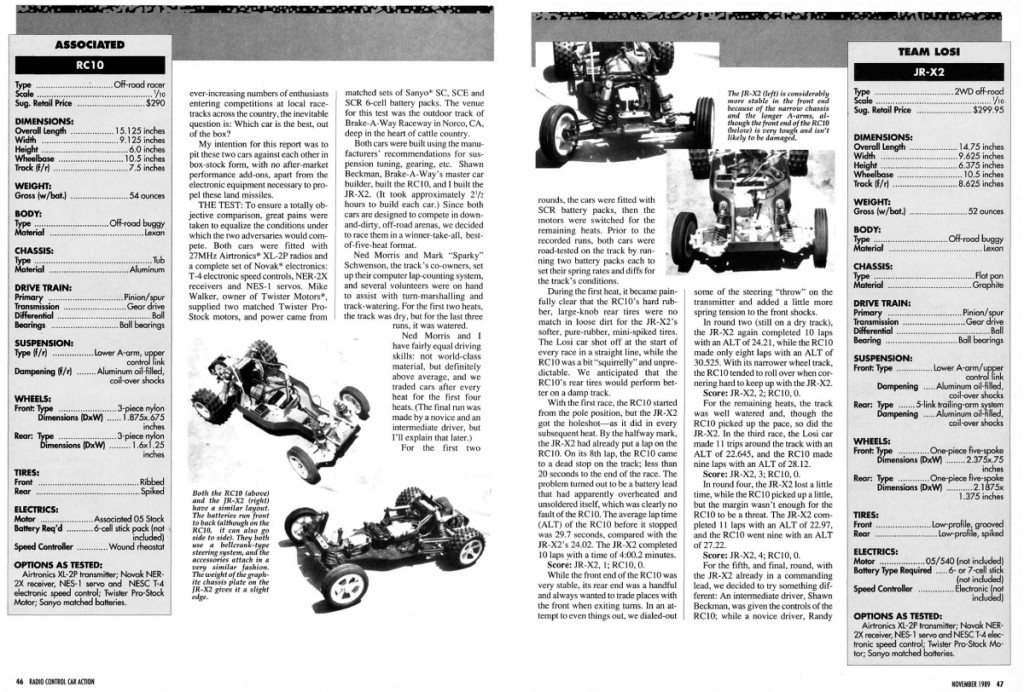 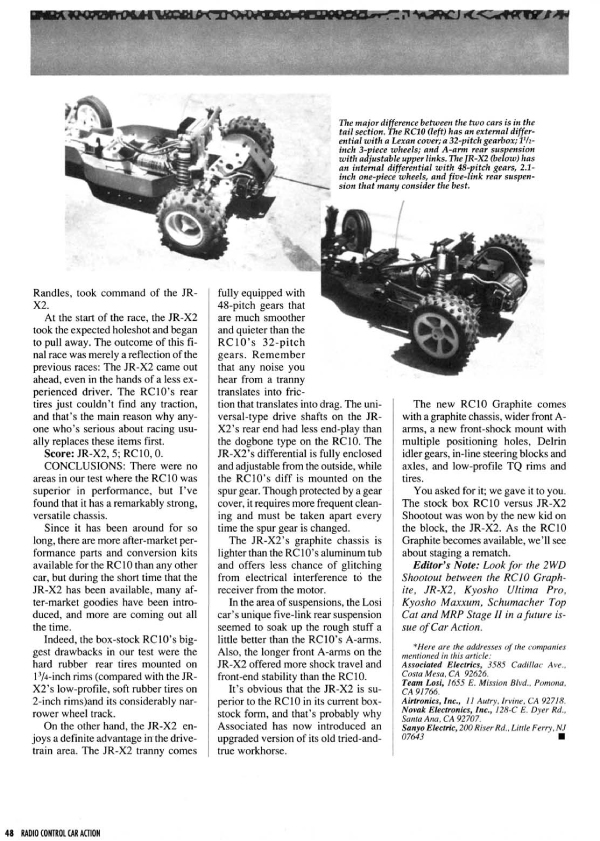 This is where it all began folks, the clash of the titans!!! In this corner, weighing 54oz, the two time IFMAR Champion of the Worrrrrld, the Team Associated RC10. And in this corner, the underdog, breakout king, weighing a combined weight of 52oz. the Team Losi JRX2. And with this head to head, a rivalry was forever etched in stone, Associated vs. Losi. To this day you are either on one side or the other. Up until 1989 and although it had given up the IFMAR title to Kyosho’s Ultima just two years prior, nothing had shook the RC10’s world until the JRX2. In an era when seemingly no one could topple it’s success and performance, Team Losi launched their own 2WD buggy on to the RC racing world packed full of all of the best RC had to offer along with a laundry list of things we’d never seen before. So challenging was the newcomer, that Team Associated, for the first time in 5 years, was forced to overhaul it’s champion buggy to keep on course. The results of this battle have yet to be determined as Team Associated and now TLR continue to wage war but for RC in 1989, there was no more spectacular of a fight! As an added bonus on this TBT, here’s a sweet video we found posted from the 1989 Worlds in Australia! 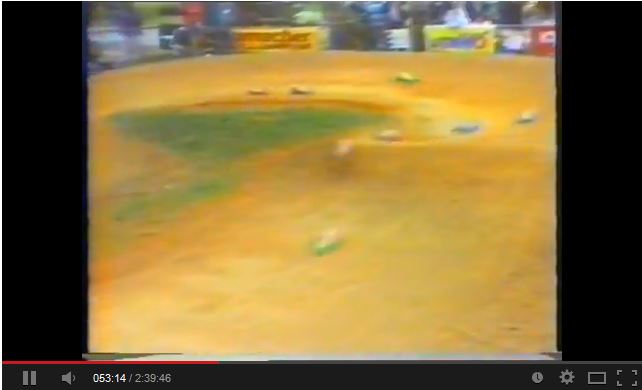 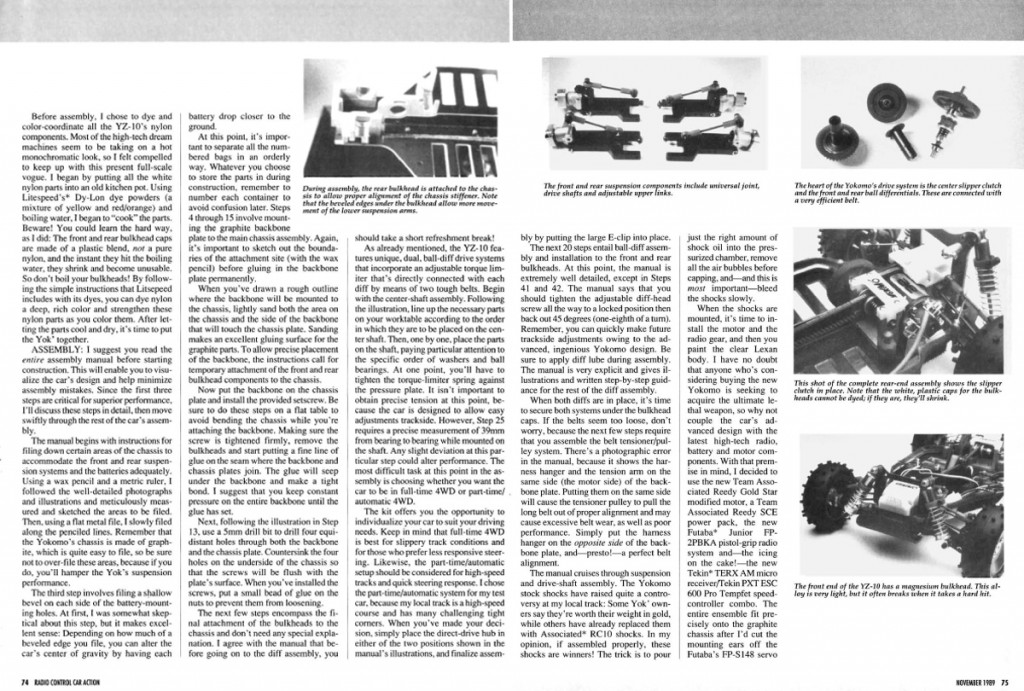 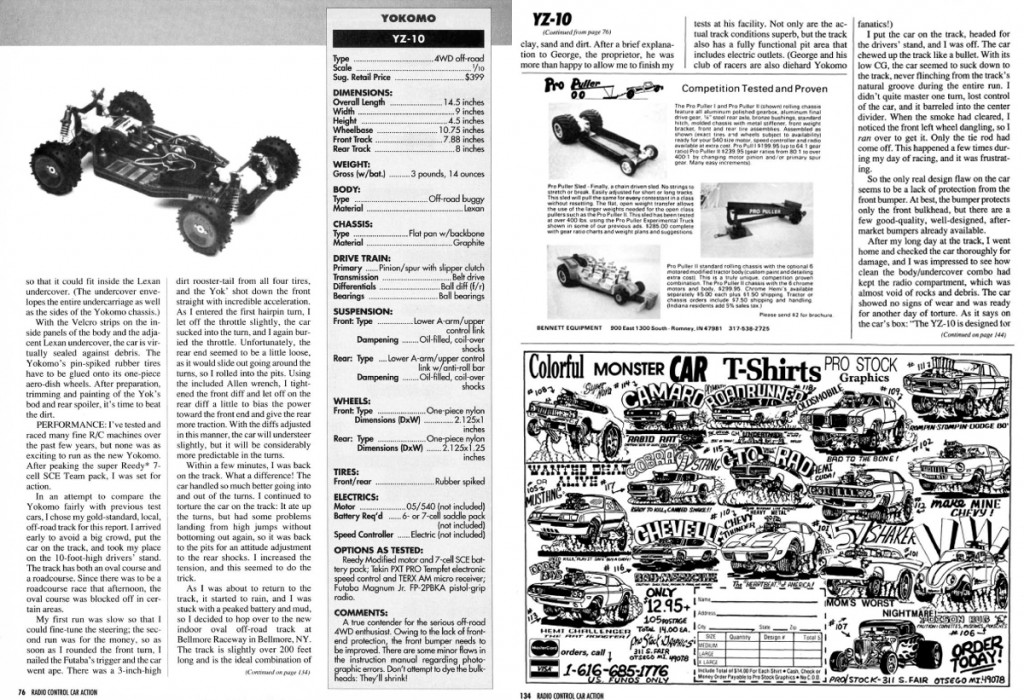 In the early era of off-road RC racing, 4WD was a class that was nearly unattainable on a club level. The kits were so complex and expensive that as a 14 year old boy I stood along side a friend, the two of us awestruck at the very first YZ10 we’d ever seen. The Yokomo YZ10 was the predecessor to their legendary Dogfighter and Dogfighter SE, the 4WD buggies that Gil Losi Jr. piloted to a World Championship and along with his father Gil Sr., were the first company to import Yokomo to the USA. Now in it’s next generation buggy, Team Associated signed on to distribute the YZ10 here in the US and the buggy went on not only to dominate the world for a solid decade but also set the new benchmark for all 4WD cars to come.