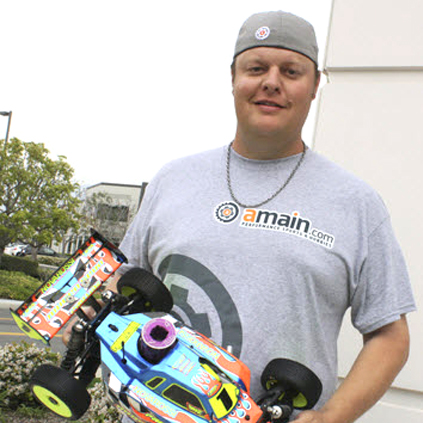 Adam Drake made waves when he parted ways with longtime sponsor Losi / TLR and joined Mugen Seiki’s squad, and now the popular driver has added AMain.com to the logos on his T-shirt. Adam will be running AMain’s Pro-Tek R/C gear (trust us, it’s a lot of stuff). The only thing you probably won’t see in Adam’s car is a Pro-Tek engine because of his deal with Novarossi. But who knows? We never thought we’d see Adam and TLR split! 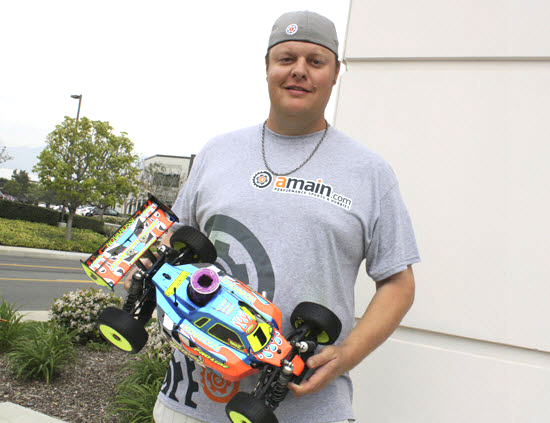 AMain.com CEO and Co-Founder Kendall Bennett explains: Adam joining the team.“He is great guy and fierce competitor, just the type of person we look for to represent AMain.com. I have no doubt that he’ll have a positive impact promoting our brands. And we’re committed to do whatever we can to help his racing career.”

About AMain.com
AMain.com is a leading online retailer of radio-controlled vehicles and performance cycling products. Founded in early 2004, AMain.com has rapidly become one of the largest online retailers in the world. AMain.com prides itself on having the products customers need, when they need them, and providing first-class customer service and product support. AMain.com Inc. is a privately held California Corporation. The company’s Web address is www.amain.com