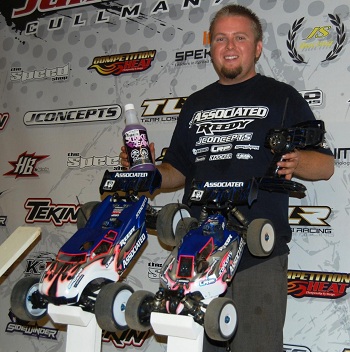 Nestled in the Deep South, the Alabama Manufacturer Shootout packed over 400 entries into a quick three-day format with three rounds of qualifying and 45-minute main events. With drivers coming from around the world to compete, the talent pool was deep. Those making the trip for Team Associated were Ryan Maifield, Tanner Denney, Mike Paige, Derek Guidry, and Chris Pace. Other entrants included former World Champions Atsushi Hara and Mark Pavidis, along with international representation from Lee Martin and Marc Rheinard.

As qualifying began, so did the “Ryan Maifield Show.” Setting the fastest times in two of the three qualifiers for both Pro Buggy and Pro Truggy, Maifield put his LRP/Reedy-powered Team Associated vehicles on pole for the two finals. Although Maifield was the star of the show, other Team Associated drivers also had standout performances including Tanner Denney, who qualified 11th in Pro Buggy and bumped up to the Pro Truggy main by cleaning house in the B Main. Also in the main events for Team Associated were Mike Paige (Pro Buggy) and Derek
Guidry (Pro Truggy).

The two main events were pretty much carbon copies of each other. Maifield jumped out to a quick lead and never looked back. A truly dominating performance by the newly crowned ROAR Truggy National Champion and ROAR Buggy Vice National Champion! Throughout the event, Maifield was the pace setter and in the end was over a lap ahead of the nearest competitor in both main events. Connected to the hard clay racing surface with his JConcepts Green Hybrids, and to his hands by the Airtronics M11x transmitter, Maifield’s LRP-powered vehicles fueled with Sidewinder Strike fuel and Reedy batteries left the competition searching.

Next up for the Associated star, Ryan puts the fuel bottle away and picks up the electric motors in search of his first World Championship title. With multiple International wins under his belt, Maifield is among the favorites as the IFMAR 1:10 Off Road World Championships returns July 17th to Vaasa, Finland. All the action can be followed via LiveRC.com 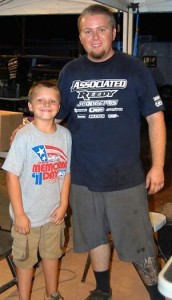 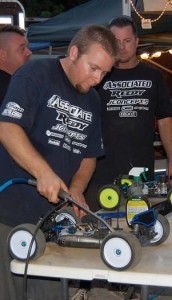