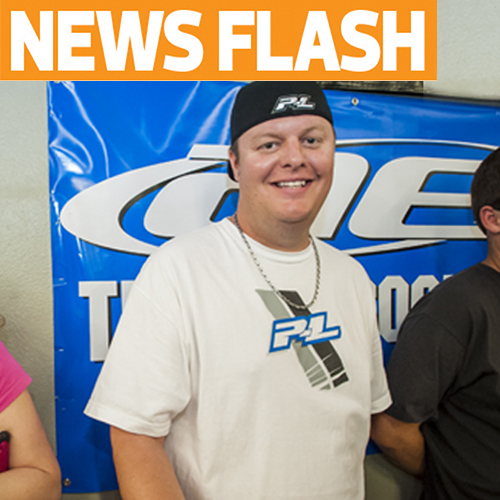 There’s been plenty of speculation as to where Adam Drake would land after parting with longtime sponsor TLR, and word has just come down that The Drake is running for Mugen. Adam was first spotted running a Mugen buggy at the Dirt Nitro Challenge a little more than a week ago, and Mugen has now made the news official. No word on any other change-ups for the popular driver, so expect to see Adam equipping his Mugens with Novarossi engines, Pro-Line tires, Hitec servos and UpGrade RC skins and accessories.

“I am very excited to be given the opportunity to be part of Mugen Seiki Racing as an employee and team driver. I am really looking forward to putting my knowledge and experience to good use with such an amazing company. I would like to especially thank Kris Moore and Tim Long for the support and for believing in me” – Adam Drake 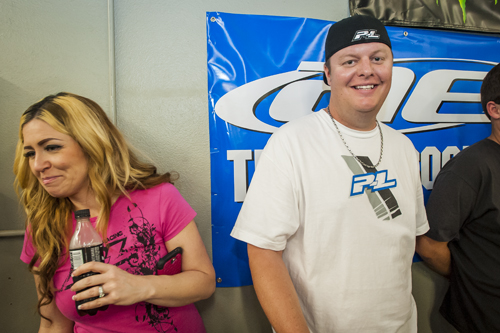 Adam Drake and his wife Rhonda were spotted attending the 2015 Reedy Race of Champions at OCRC in Huntington Beach, CA right before the Nitro Dirt Challenge.