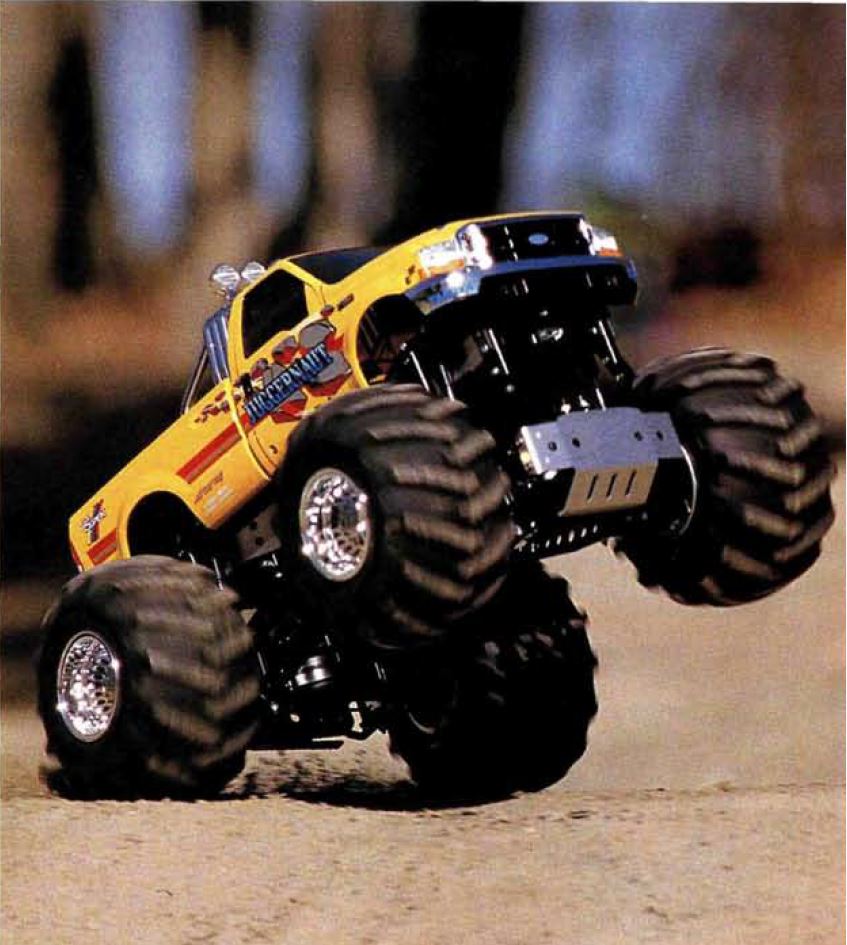 With the news of the TXT-2 Agrios, we thought it fitting to take a look back at the history of Tamiya’s “true” monster trucks, the 1/10-scale, solid-axle behemoths that have roamed the earth wearing the distinctive double-star logo since 1987.

[singlepic id=21025 w=640 h=480 float=]
CLOD BUSTER
The original RC monster truck. When it was released in 1987, the Clod Buster instantly became one of the most popular trucks in the hobby and set the solid-axle template for years to come. The aftermarket supported the Clod with an array of option parts so deep that it was possible to build a “Clod Buster” that barely contained any actual Tamiya parts. Today, the Clod lives on as the basis for countless crawler builds and high-riding monster customs. You can still get a Clod Buster today, now dubbed the Super Clod. It’s essentially the classic Clod Buster with a few color and styling tweaks.

[singlepic id=21026 w=640 h=480 float=]
JUGGERNAUT
The Jugg had a very short run by any standard, and especially by Tamiya standards. The original Jugg was quickly supplanted by the Juggernaut 2 (which fixed a problem the OG Jugg had with premature gear-wear), and the truck remains one of the prettiest monsters ever. It’s also very unique, in that it features leaf springs and independent dampers instead of coil-over shocks.

[singlepic id=21030 w=640 h=480 float=]
TXT-2 AGRIOS
A smaller wheel and tire package, short-course styling, and a hybrid aluminum/plastic chassis distinguish the TXT-2 from the TXT-1. There’s no better way to get to know Tamiya’s latest monster than by following along with Tamiya’s own online build. We’ll show off our own step-by-step TXT-2 build here at RCCA.com, stay tuned!