Latest from A Main Hobbies:

UPDATE: A Main Hobbies Announces “THE Test” Session has been moved to Rattlesnake Raceway!

Chico, California, September 23, 2010 – A Main Hobbies today announced that they will be having a special test session with the JQ Products “THE Car” 1/8th Scale Competition Buggy.

Originally “The Test” was scheduled to be held at Riverfront R/C in Marysville, California but had to be moved due to new ownership. The new owner took over the property and wants them to move the track to a new location, which originally was planned to happen in 3 months, but they started demolishing the track yesterday.

Joseph Quagraine, developer of JQ Products “THE Car” and members of the A Main Hobbies crew will be at Rattlesnake Raceway in Redding, California on Wednesday, September 29th at 10:00am putting “THE Car” to the test. A Main Hobbies, the exclusive North American distributor for “THE Car” is excited to have Joseph and his crew join us from overseas for this monumental testing session. Rattlesnake Raceway, is home to the annual Rattlesnake Round-Up and one of the stops on the 2010 Nor-Cal Championship Series. The track is a premier location for testing this hot new 1/8th scale competition buggy.

“THE Test” Session will be open to the public, so anyone waiting to see one of the most anticipated releases in the 1/8th scale off-road racing in action shouldn’t miss out on this opportunity to see “THE Car” in action.

About A Main Hobbies

For more information about “THE Car” please visit http://jq-products.com 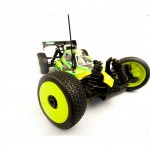 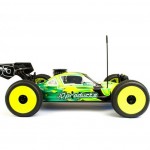 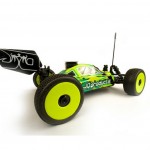