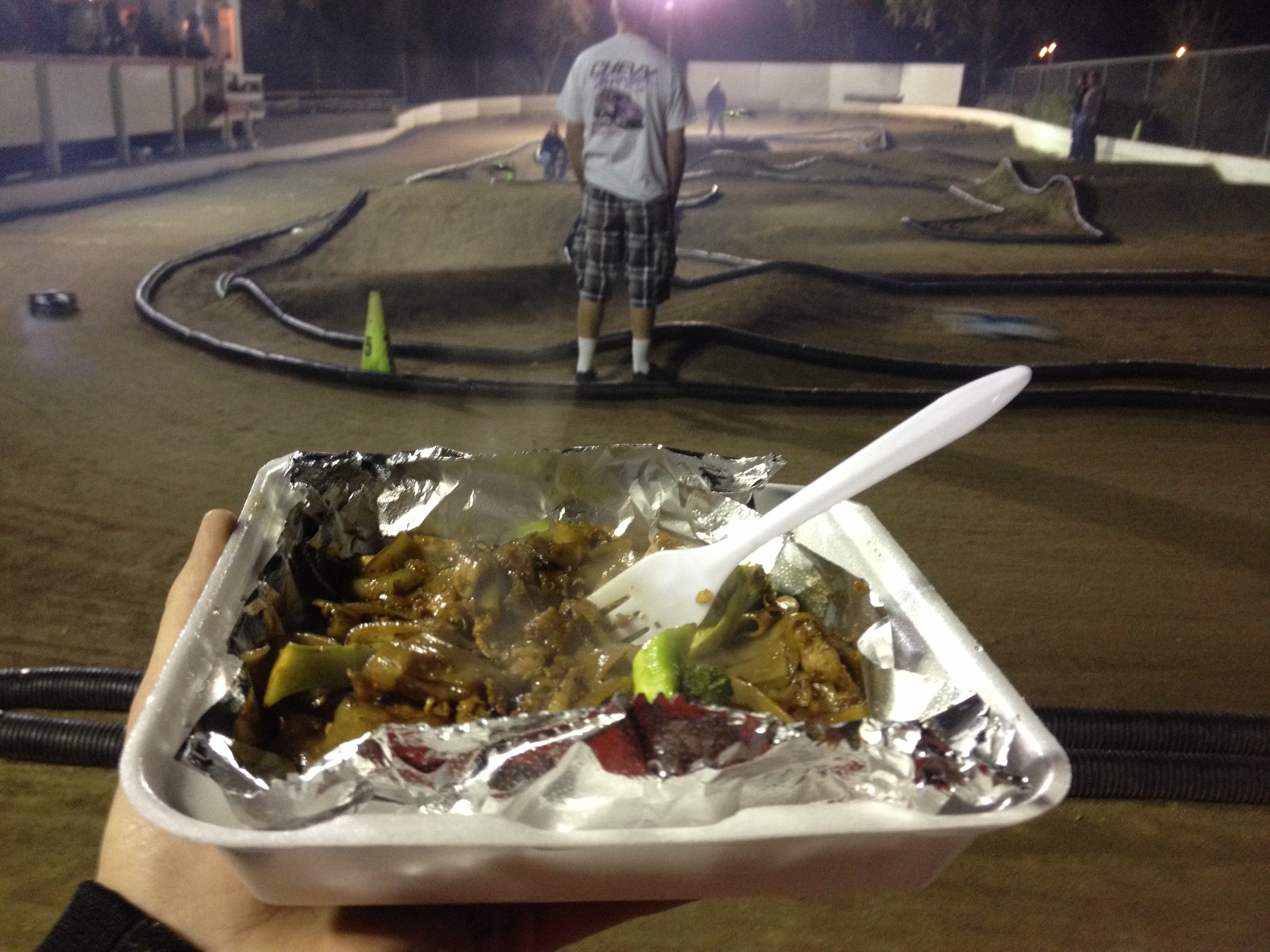 After filling up Stephen’s TLR 8IGHT 2.0 before the start of the 15-minute main at another Tuesday night club race, I stole a few minutes to stuff my face full of Thai food from the local eatery (pad see ew with chicken – I’m a creature of habit) before his pit stop near the halfway mark. When the steam billowing from my styrofoam to-go container blended with the exhaust smoke of the background raising far overhead, I couldn’t help but laugh at the Sound of Music-like verses that started flowing through my head.

Pitting for others with multi-colored bottles
Providing them with fuel so they can hit the throttle
With the heat of thai chili sauce making my tastebuds sting
These are a few of my favorite things.

After all, few things make me happier than racing RC cars with a closely knit group of local competitors; I also tend to think that I’m quite witty, so doing my best Julie Andrews impression with steamed broccoli and flat egg noodles spilling from my mouth kept me entertained until it was time to take my spot along pit wall. As I watched Stephen’s car snake its way around the tight and tricky Hot Rod Hobbies layout:

Though I’m eternally competitive, I’ve been racing for long enough now to not sweat the small stuff – crashing my way out of contention at a club race makes me laugh more than it bothers me. Since I was running a box-stock Traxxas Slash in the Open Short Course class that night, racing not for the win but to see how many of my fellow racers I could frustrate and embarrass (the answer: more than will ever admit it), I found myself smiling and humming on the drivers’ stand during the main event:

Think you have a better rhyme? Post it below!