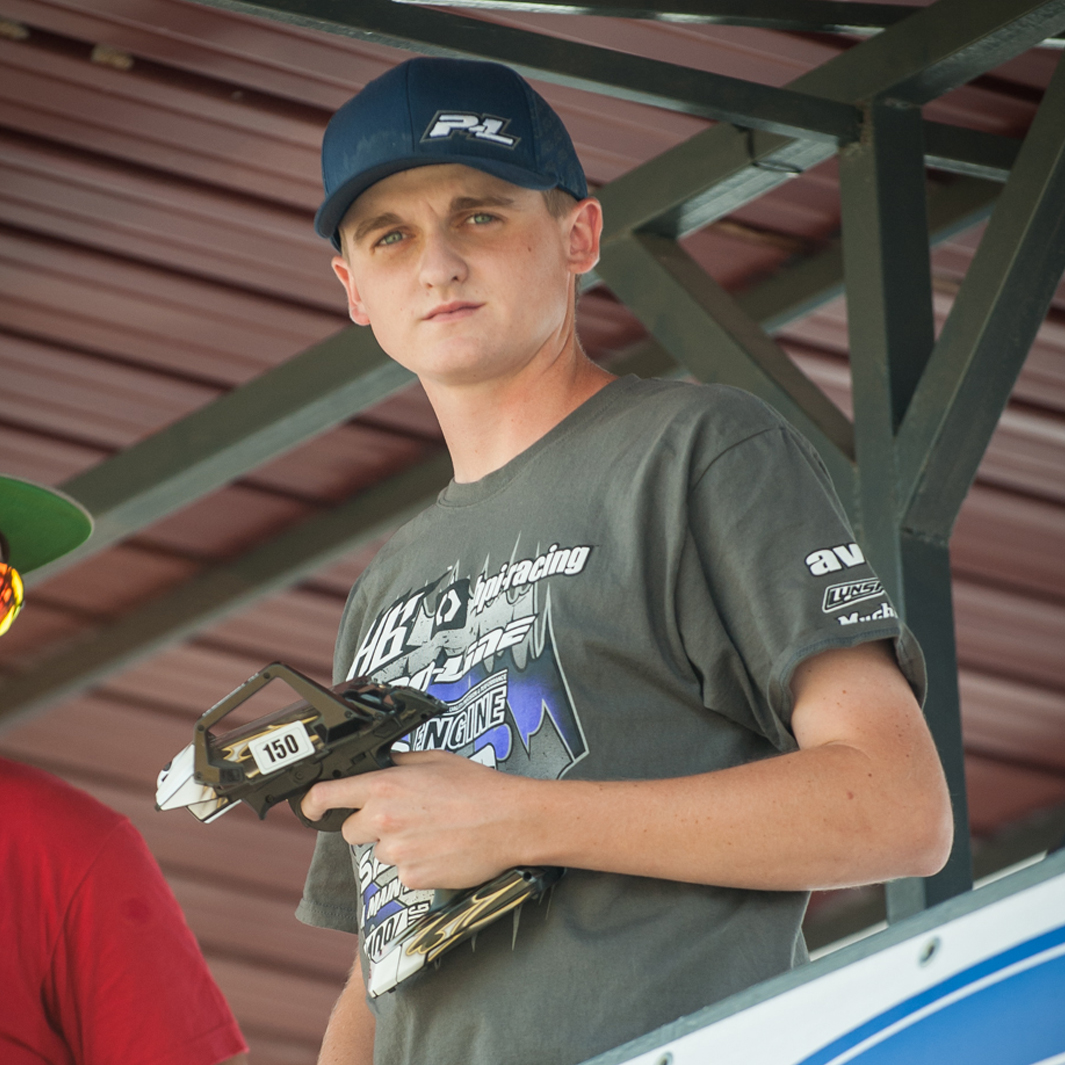 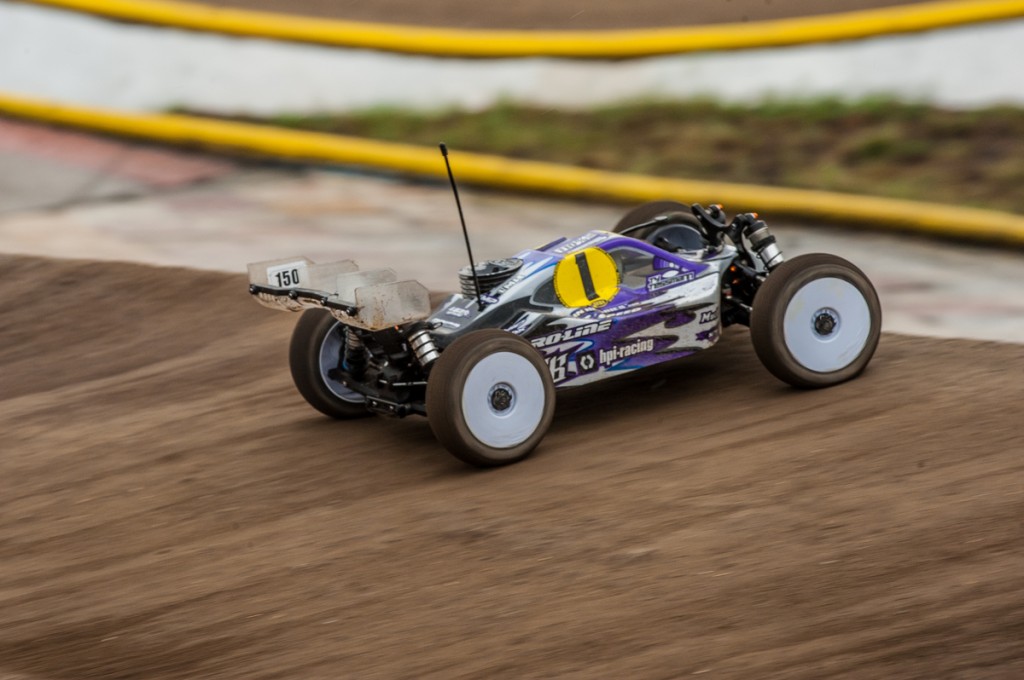 Tessmann did what he needed to secure the TQ spot.

Mother Nature can have a cruel sense of humor and decided that she wasn’t ready to settle down. With daybreak, another twist was in store for the drivers. The previous day’s weather had slowly deteriorated providing a slippery surface, but this time it was reversed. Those with bad luck previously were given a much needed pay back. Many of the factory drivers opted to run their “mud car” for the morning round, but as the last buggies were placed on the track the driving line was bone dry and fast. It seemed to have all the drama and suspense that accompanies a World Championship and would make the final round all that more important since most drivers were still waiting for their final solid posting (the event takes your best four of six rounds). 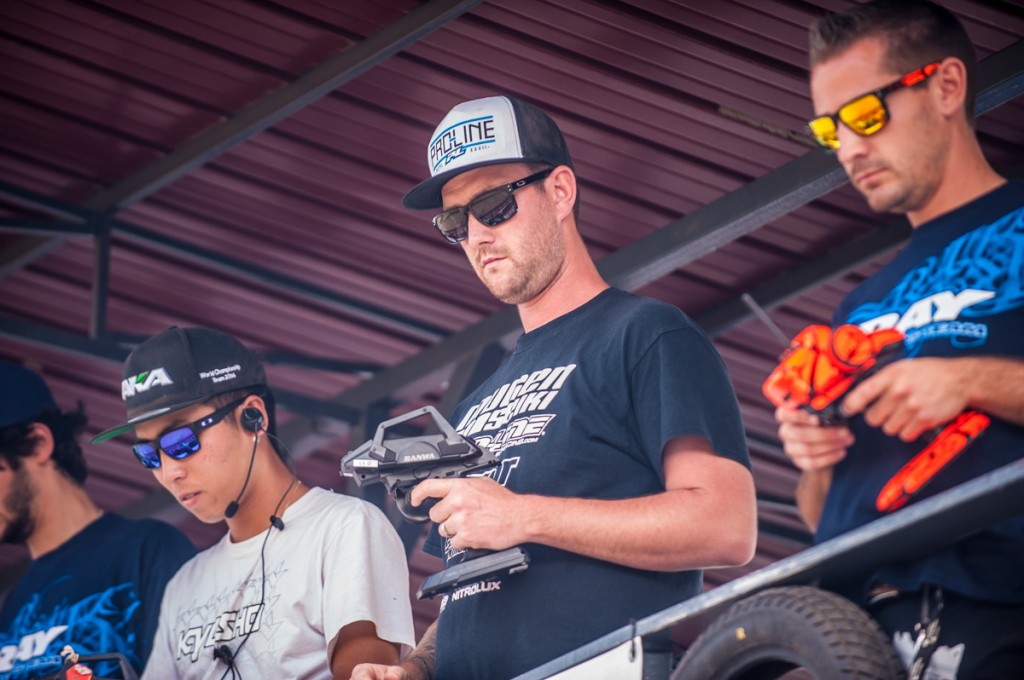 With Messina’s sky blazing once again, the track would finally give everyone a fairly consistent playing field and with it a showdown. Ty Tessmann put his OS-powered Pro-Line/Hot Bodies machine on top with perfect points for three rounds, but still needed a solid fourth. However, Mugen racer Lee Martin and TLR’s Ryan Maifield were smelling blood and preparing to strike. Considering the momentum Ty was enjoying, it seemed unlikely. Mathematically Martin had a chance, but he would have to win the round with Ty finishing fairly far down the board.  Well considering the acts that Mother Nature had inflicted, it was only right that Lady Luck would keeps things fair. When the dust settled it was Maifield who won the round, Martin in second and Tessmann fourth. This gave Tessmann more than enough points to clinch the TQ position with the mains looming on the horizon. 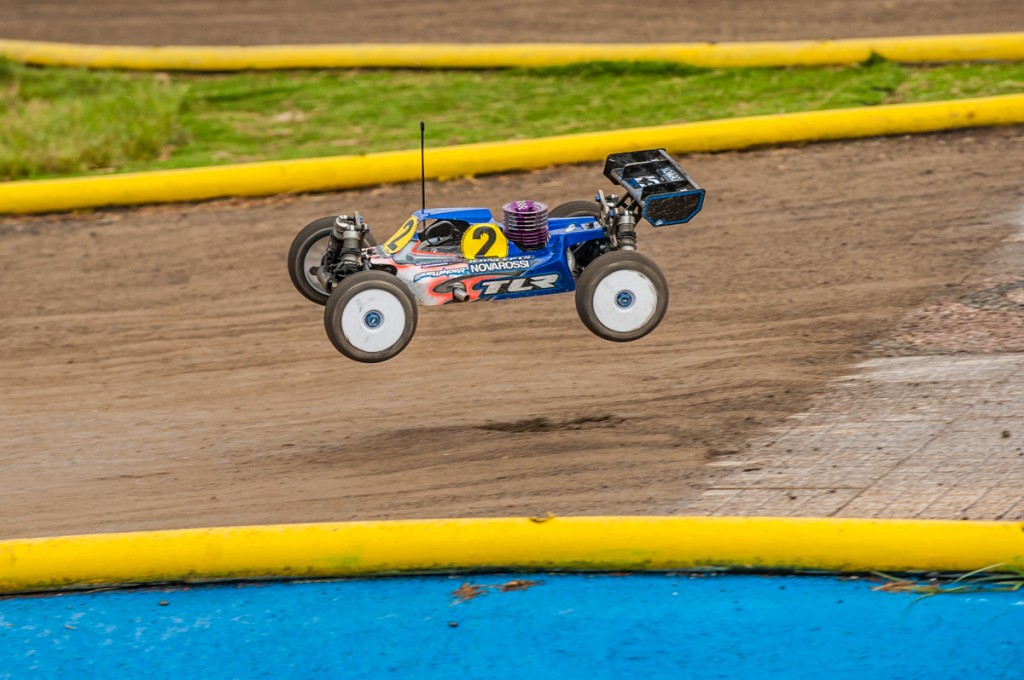 So it was time for celebration, but it would have to be short since there is still plenty to do and some serious wrenching will be going done in preparation for the long mains. I’m at the edge of my seat. 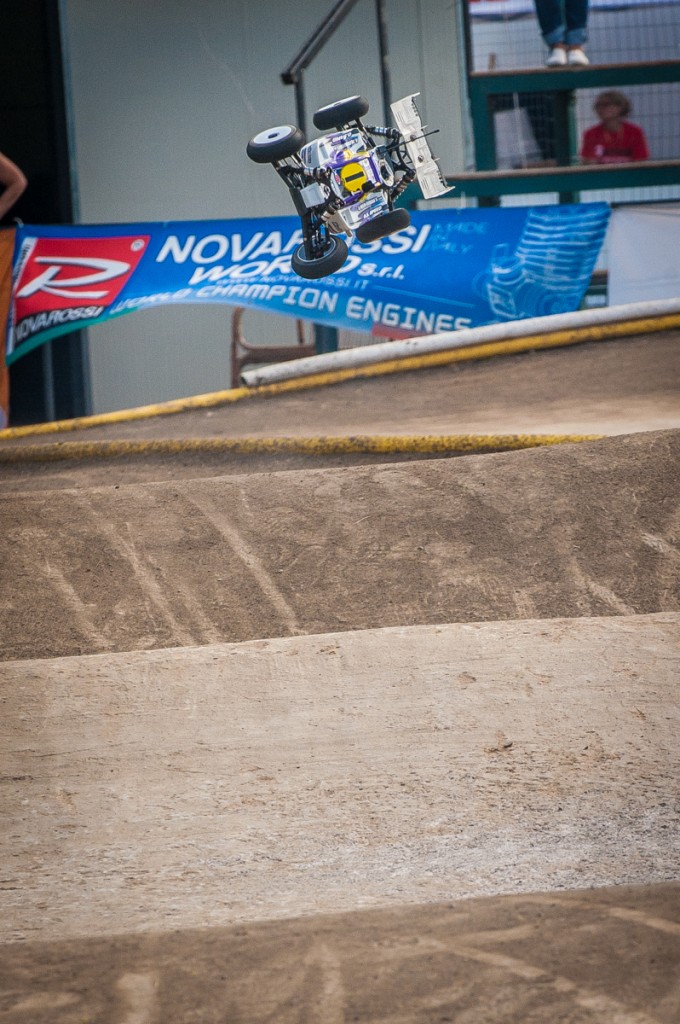 Ty Tessmann had to work for the TQ, but had Lady Luck on his side.