Getting into flying RC aircraft has never been easier. Today there are dozens of inexpensive options for RC enthusiasts who want to take to the sky. Thanks to several manufacturers that have designed RTF (ready-to-fly) planes and helicopters, you can be flying in minutes for as little as $100 bucks. The latest wave of micro aircraft has seen several RC car enthusiasts crossing over. Many of the microplanes and helis are not only easy to fly, but they have also wisely taken after the car side of the market. And what’s really great is that many of today’s planes and helis can be crashed and easily fixed much like a car. The wings, rudders, landing gear, rotors and motors can usually be replaced, which is much more appealing to a broader audience. If you’ve been curious about flying, now is a perfect time to give it a try. All of the editors of RC Car Action have spent some time in the air and we love it. You’ll dig the freedom of flying and the ability you have to cut up the sky. Simply find a park, baseball diamond, or a hill and you’ve found a new playground. Check out these five products that are perfect for the car guy looking for a new adventure. 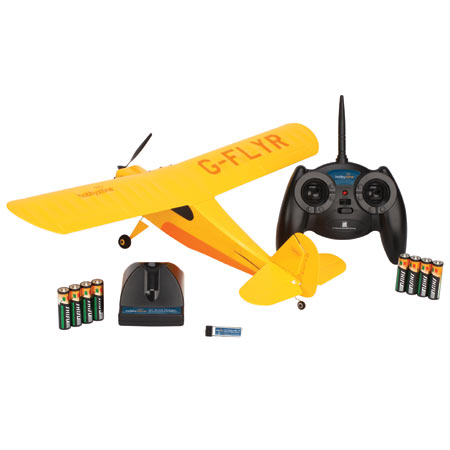 HobbyZone Champ ($90)
The Champ will set you back less than a $100 bones and it’s super easy to fly. With the Champ you’ll be able perform a few tricks and throttling back the speed will allow 15-plus minute flights. The Champ is completely ready-to-fly and even the radio batteries are included. The Champ includes an AA-powered field-charger, so you can get in several flights while visiting the local park. 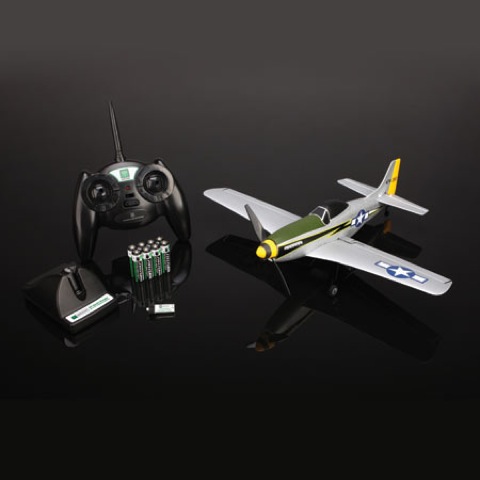 ParkZone Ultra-Micro P-51 ($130)
The Ultra Micro P-51 might be too much plane for a novice pilot, but you can always fly it at slower speeds to get your bearings. The P-51 will perform a number of aerobatic maneuvers and it’s pretty quick for such a small plane. The Ultra Micro P-51 is sold as an RTF so you won’t need anything to get in the air. As a bonus, you can buy replacement parts for this plane when you crash. You can also do minor repairs in the field with Scotch tape. 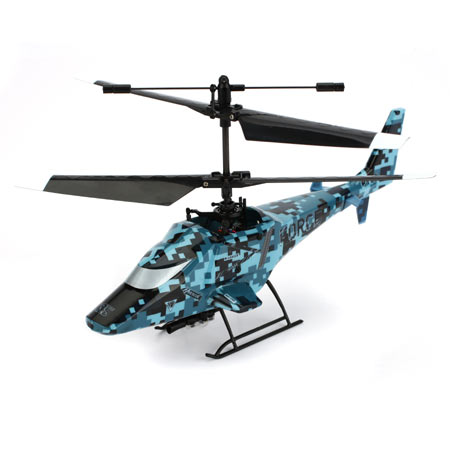 Force MH-35 and FHX Helicopters ($140)
Have a full-on aerial battle with your buddies right in your living room! The Force micro helis are not only fun to fly, but they also shoot infrared signals for disabling your foes during flight. These microcopters are perfect for hours of entertainment during the holidays or whenever your buddies are over. Sold as RTF, these micro helis won’t require any additional gear for their maiden voyage.

Flyzone Switch ($330)
If you’re like the editors of RC Car Action, you’ll stick with RC flying because you’ll get bitten by the bug. The Hobbico Switch is perfect for both novice and intermediate pilots. You can learn how to fly the Switch with the wing atop the fuselage (main body of the plane), as a “high-wing” plane. After you’ve mastered the plane in the high-wing configuration, you can remount the wing below the fuselage, which makes the Switch a much more aerobatic plane. As a “low-wing” plane, you’ll be able to perform tricks and the plane will be much more responsive. The Switch would be an excellent choice for someone who knows they’ll enjoy flying. Because it’s also slightly larger than micro-sized planes, it will perform better in slight breezes when the conditions aren’t optimal.

Flyzone Super Cub ($220)
It’s never been easier to fly the classic Piper Cub than with Flyzone’s RTF Select Scale Super Cub. The Flyzone Cub comes with brushless power, a 1300mAh LiPo battery pack and a 2.4GHz radio system. The Cub is an easy plane to fly and would suit most newbies to aviation.

– Team Losi Racing’s Mike Truhe is a very good heli pilot. Truhe enjoys flying when he’s not racing and knows a number of tricks, which take hours upon hours of practice to perfect.

– Kendall Bennett, the owner of A Main Hobbies, is not only an avid RC racer, but he’s also a very skilled RC airplane and heli pilot. His knowledge of all forms of RC has really helped his business succeed.

– Bob Novak, the founder of Novak Electronics, got his start in RC making orange servos for the plane market. Novak is now all about aftermarket speed controllers and brushless motors for RC cars, but it was planes that provided Novak with their start.