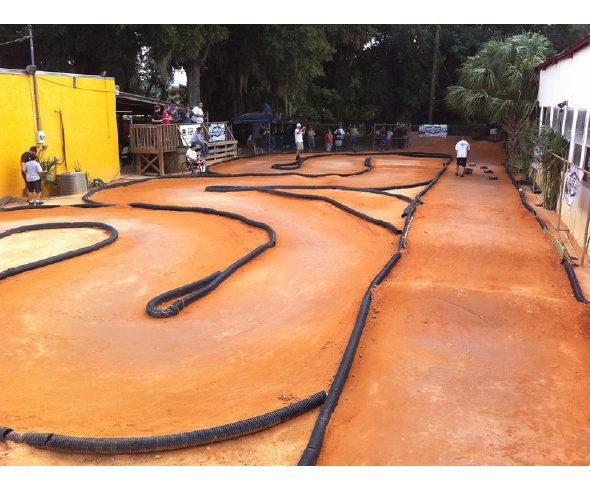 Latest race news from JConcepts:
For the third consecutive year, racers gathered in Winter Haven Florida for the JConcepts Halloween Bash hosted by eXtreme Hobby Zone. The weekend race found some early luck with a cold front moving in, to break up the hottest October in the states history. The Bash is one of the funnest races of the year to attend. The tight track always generates fast lap times and close racing.

Saturday morning started off with Fred Reep getting things going on the mic, and cars hitting the track for practice. As qualifying got underway, it was becoming apparent that the track was grooving up and becoming much faster. Everyone in the pit knew that the second round of qualifying was going to determine the starting order for the mains. In 2wd Mod Buggy it was Jason Ruona, and in 4wd Mod Buggy it was JR Mitch setting the pace to start them out front. In Stock Buggy and Truck Dave Duncan was untouchable in qualifying taking both classes. All three drivers used JConcepts new Flipout tires to put the power to the ground in qualifying.

Modified 2wd Buggy was the largest class at this years Bash. With most of Florida’s fastest electric drivers on hand, making the main was going to be a tough task. Mike Applegate and Cory Parsons were able to race their way into the show, by finishing in the top two spots in the B Main. Ruona and Eckert would use their starting spots to break away from the pack early into the six minute race. Bumper to bumper for the first few minutes, the drivers were laying down a hard to match pace. A crash would set Eckert back, and give Jason Ruona the win in the final minutes of the race. Both drivers turned the fastest laps of the weekend on JConcept Double Dee’s.

In 4wd Modified buggy JC Team driver JR Mitch was untouchable the entire day. He started off by putting in the fastest run in both qualifying rounds. In the main Mitch would drive away from the rest of the field to capture the win in 4wd. JC driver Felix Law and Jader Lopez would cross the line second and third.

In all three stock classes the end of the race came down to two men, Kory Ferguson and Dave Duncan. Kory would start off by taking the win in both Stock buggy and Stock 2wd SCT, with Duncan closely behind him in both races. Duncan would get his revenge in Stock truck, by passing Ferguson on the last lap to take the win. Both drivers used JConcepts tires to capture all three Stock wins.

The Modified SC trucks produced some great racing on the tight eXtreme Hobby Zone track. Some drivers utilized the large front bumpers to get past slower trucks on the track. Ryan Eckert was the man of the day in 2wd Modified SCT. Taking the overall TQ in the second round, would help him to keep his nose clean in the opening laps. Eckert would feel some early pressure from the likes of Leon McIntosh and Zack Genova, but a crash between those two would allow Eckert to break away from the field and take the class win. JC driver Felix Law would end up in the second spot followed by McIntosh to round out the podium.

With 2wd SCT decided it was time for the high powered 4wd SCT’s to hit the track. The heavier 4wd trucks were able to attack every section of the track, laying down very fast laps. The smaller field of trucks made for cleaner open track racing. Mr. “Mo Power” Felix Law used Green Double Dee’s all day long to take both the overall TQ and the win in 4wd SCT.

As the race day came to a close, and trophies were handed out. It was hard to ask for a better race day. A special thanks goes out to the crew at eXtreme Hobby Zone, and to Fred Reep running the races. This is always one of the funnest races of the year to attend in Florida. 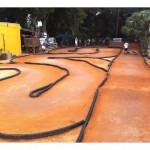 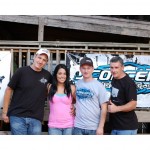 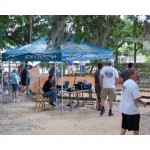 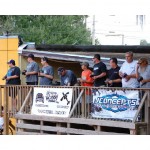 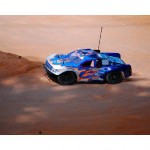 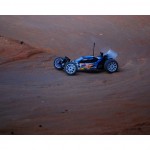