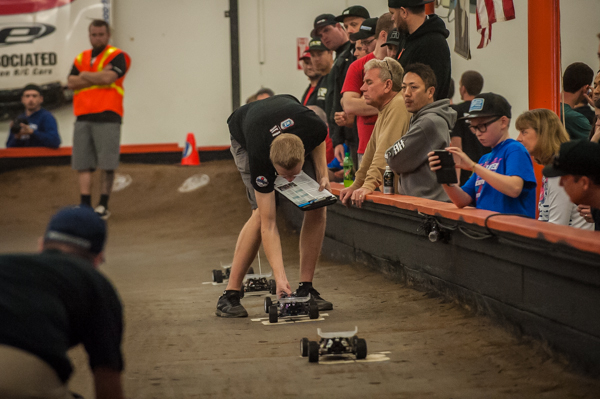 The Reedy Race of Champions is one of the most exciting events to watch on the racing calendar and this year’s race is living up to that reputation. With 2WD rounds of close racing for the Invite guys concluded, there’s been a lot to see. Rising to the top is TLR’s Dustin Evan, but with points being so close there’s no time for relaxing. Next on the agenda is 4WD, and this could make for some very interesting battles. For those tuning in to the event for the first time, the format is much different than the traditional qualifying with mains system normally used. In this case, six rounds of both 2WD and 4WD buggies are contested for a total of twelve rounds with three heats in each round providing critical racing for the elite drivers who are (somewhat) randomly placed on the grid in heads-up races with points earned based on finishing order. One lowest score is thrown out for each driver in both 2WD and 4WD classes and ten best scores used to decide an overall winner. It’s like watching a world-class main event every time these guys hit the dirt. Easily the best format for spectators and by far the most popular format for the participants.

As you can see, it’s still pretty wide open with many having a legitimate chance at the overall win. Stay tuned. 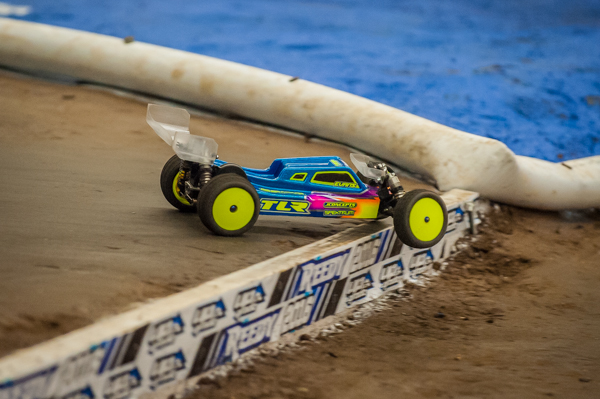 TLR’s Dustin Evans sits on top with precarious lead with a big group of drivers ready to pounce. 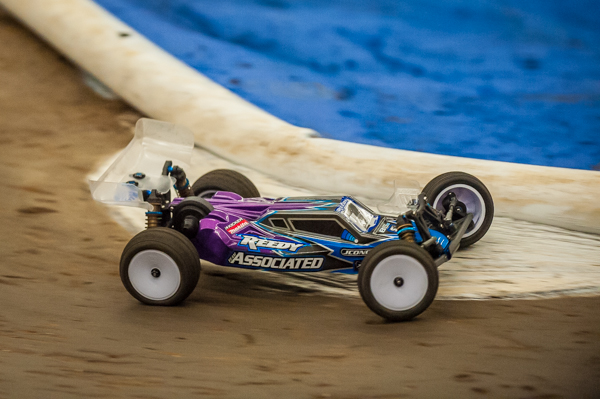 Spencer Rivkin has been very fast, but has a few mistakes. In spite of this, he sits in striking distance form the top. 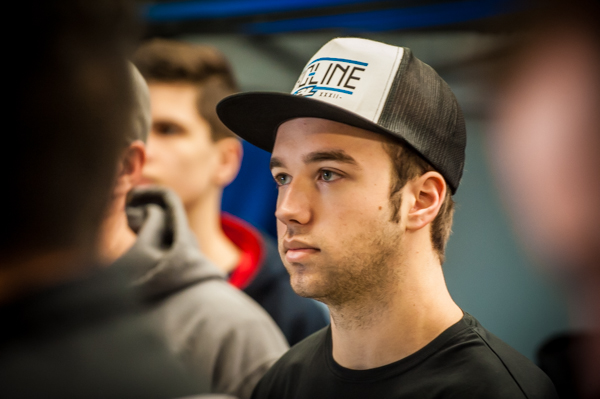 Dakotah Phend has been gaining momentum and after dropping a last past finish sits in second overall. 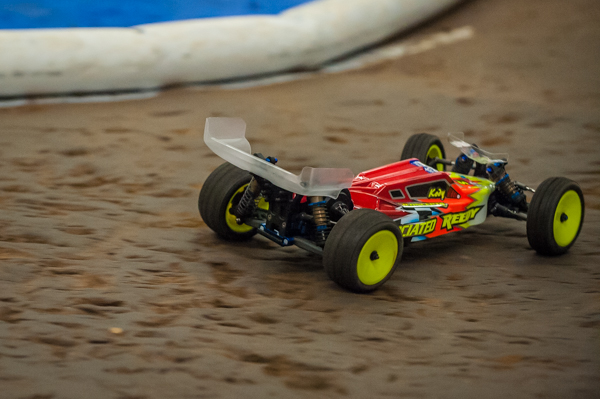 Kody Numedahl is having an impressive string of racing and was highlighted by a last turn pass on Dustin Evans for the win in round five. 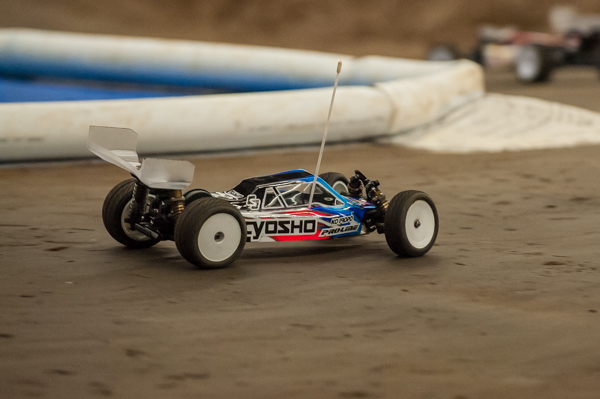 Kyosho’s Jared Tebo is among five drivers who is sharing a tie for third place. The two-time IFMAR World Champ is showing great speed and a few mistakes has cost him an even higher ranking at the event.