Paying Tribute To A Trailblazer In The SoCal Racing Scene

Charlie Barnes is a well-known name in the Southern California racing scene, synonymous with epic parking lot racing and single handedly keeping on road racing alive in the area when on road racing wasn’t trending.

Providing decades and endless weekends of fun race, which I have personally taken advantage of, a Charlie Barnes held race has always delivered a fun day of racing with memories you can talk about for
years to come.

As everyone knows, this past year with Covid-19 has been a difficult one and its grasp did not exclude our beloved in our RC family, as it took Charlie from us this past December. Though it’s been months and the healing continues, a memorial race was recently run at Cal Raceway in Orange, California. A record number of racers showed up to celebrate the life of Charlie Barnes. Here is how it went down. 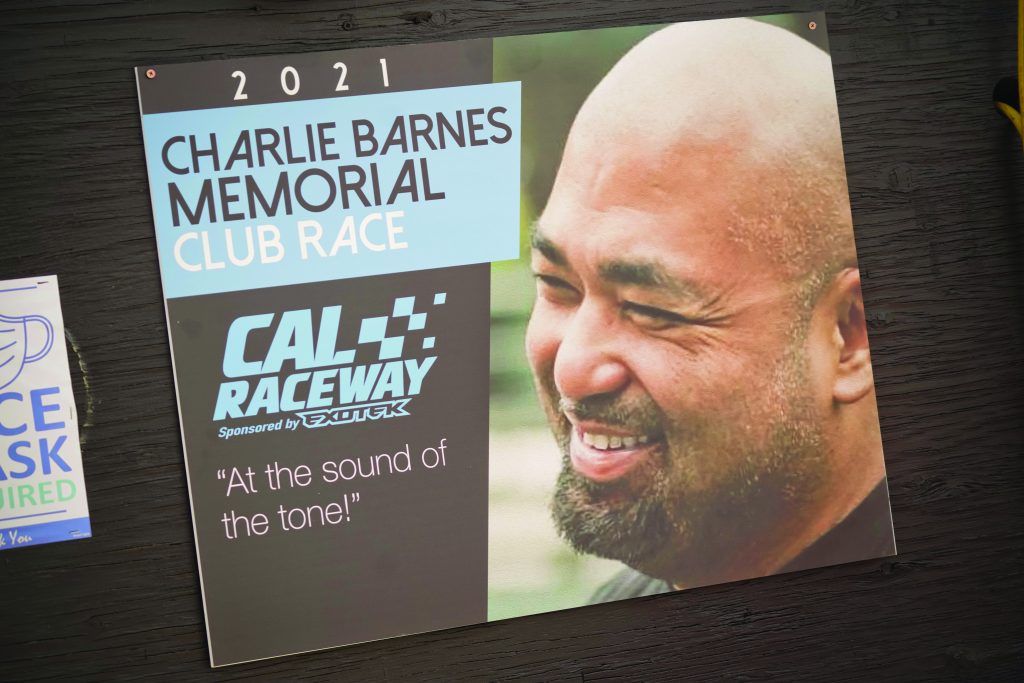 A record number of racers came out to pay tribute to Charlie Barnes. 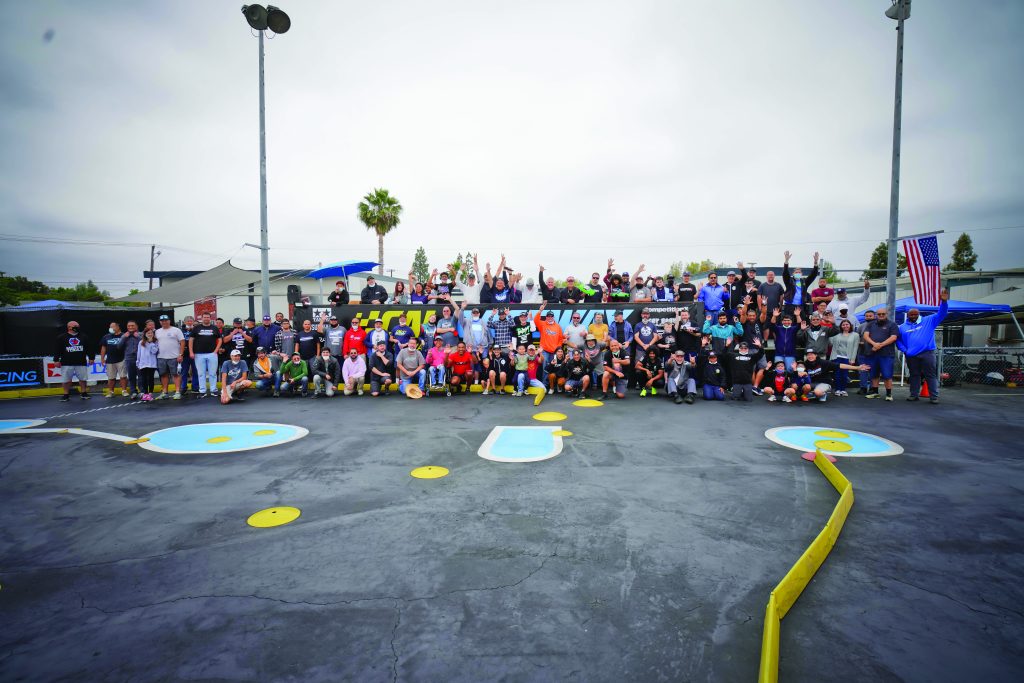 The Charlie Barnes Memorial Race turned out to be a great day of racing and sharing Charlie stories.

Having met Charlie in the mid 1990s around the time I started racing, in addition to my local San Diego parking lot racing, I always looked forward to making the trek to participate at a Charlie Barnes race. With multiple locations all over Southern California, over the years locals and many racers around the world had a chance to experience one of Charlie’s excellent race programs. Charlie’s staple race of the year was always his “Toys 4 Tots” race which was held each December. He ran this race for the past 22 years and helped raise toy donations for less fortunate kids. 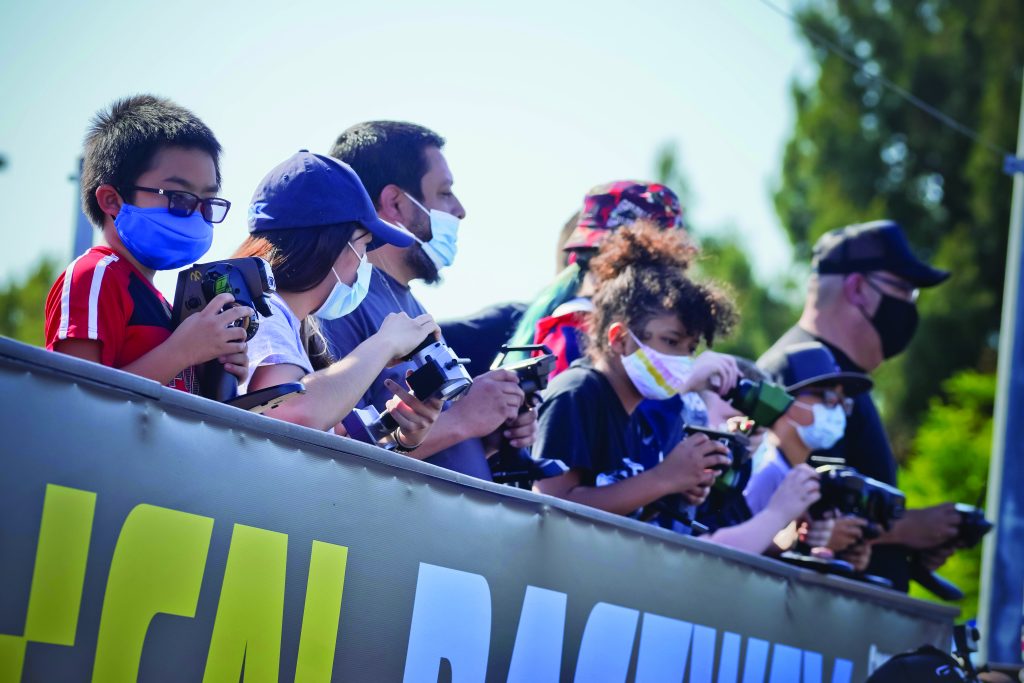 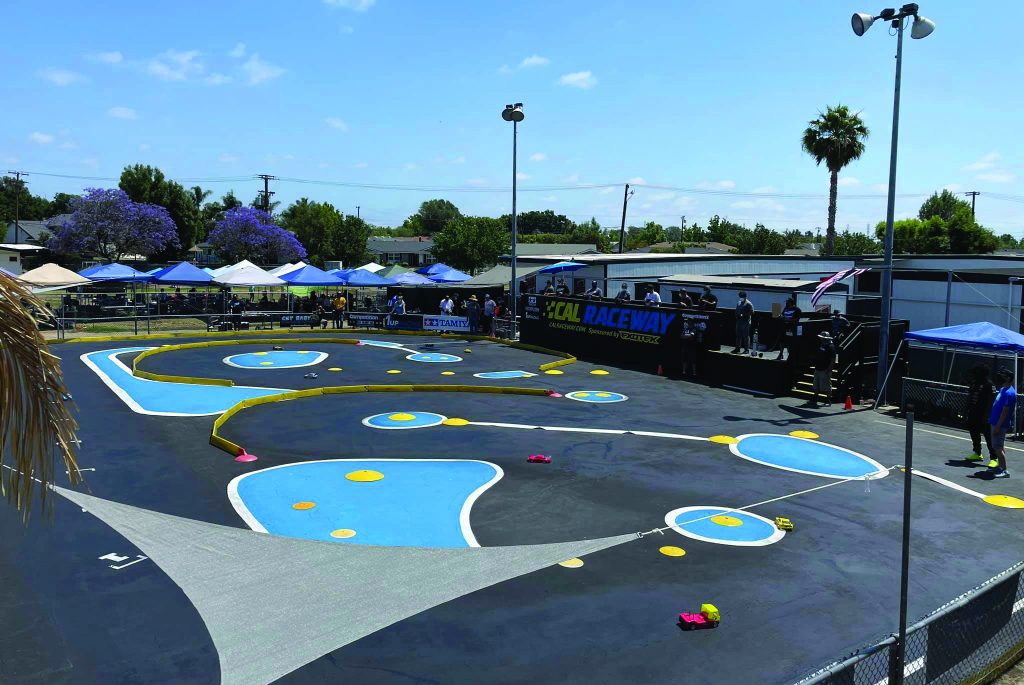 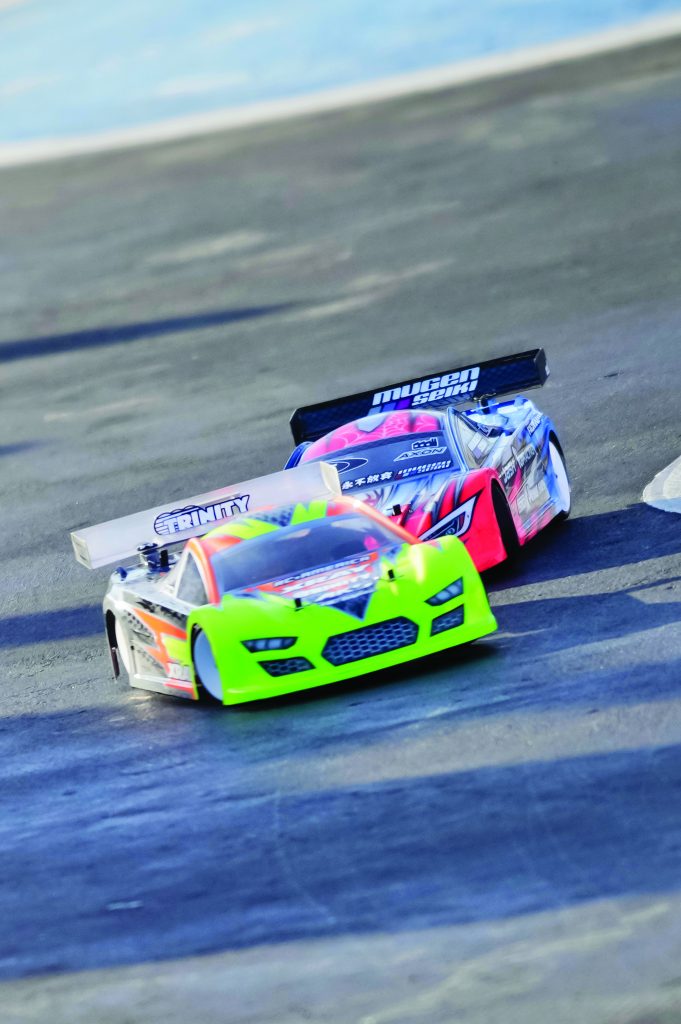 All his years of putting on races culminated into purchasing Ultimate Hobbies Raceway, which Charlie later renamed Cal Raceway. With this purchase, Charlie’s dream of owning a proper racetrack had come true and he now had a permanent home to host high caliber on road racing events. With Charlie’s passing, the Cal Raceway torch will be carried on by Charlie’s good friend and Exotek owner, Mike Rydwell, who is sure to do a first-rate job carrying on Charlie’s legacy, which began with a special race in Charlie’s memory. 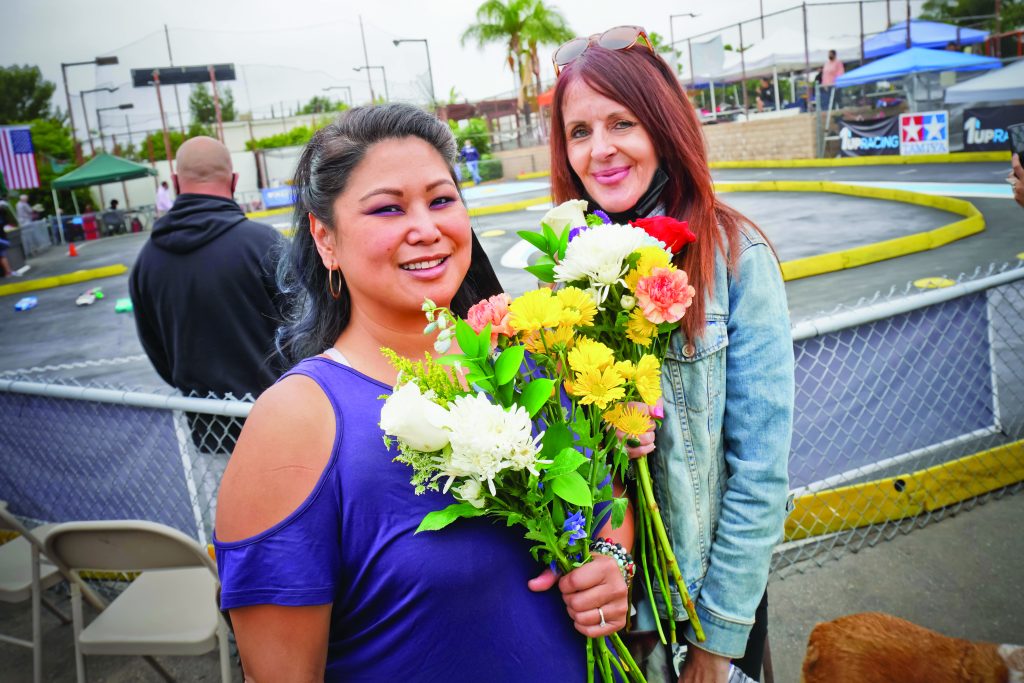 Charlie’s wife Angie and sister Angela were both given beautiful bouquets of flowers.

Not only was Charlie Barnes a talented race promoter, but he was also just as talented with an airbrush, painting up custom bodies for racers all over the world along with countless locals. (Editor’s Note: Charlie has even painted a few vehicles featured in RCCA.) When word got out about Charlie’s passing, the outpour of support and love was overwhelming with racers all over the globe chiming in making sure Charlie’s family and wife Angie were ok.
Charlie was a giver making sure everyone at his races were having a good time and whenever new drivers needed help, he would go out of his way to make their race day a perfect one. Every once in a while one will meet extraordinary people with a big heart who will always put others first before themselves and Charlie Barnes was one of these people.