From Reedy:
Reedy is pleased to announce the 2020 Reedy International Off-Road Race of Champions will continue for a sixth consecutive year at OCRC Raceway in Huntington Beach, CA from January 23-26, 2020.

At the top of many racers must attend list, the atmosphere and intensity of the race draws fans from around the world to participate and spectate.

In 2019, 2x IFMAR World Champion Jared Tebo won his first Invitational title, while Arizona based, Xray driver Tommy Hinz translated many open class A-mains in to the elusive 2wd Open title while Team Associated’s SoCal based racer, Ron DeVoll won the 4wd Open class. All three racers will return to compete in the Invitational class and try to become the 26th name carved on the Mike Reedy Heritage Trophy.

Entries for the 2020 Reedy International Off-Road Race of Champions open on September 1, 2019 at noon, PDT exclusively on www.rcsignup.com and close September 30, 2019 at midnight, PDT. The lottery drawing for the open class will be conducted on October 1, 2019. As in previous years, the event features its traditional 2WD Open and 4WD Open classes along with the combined 2WD/4WD Invitational format. 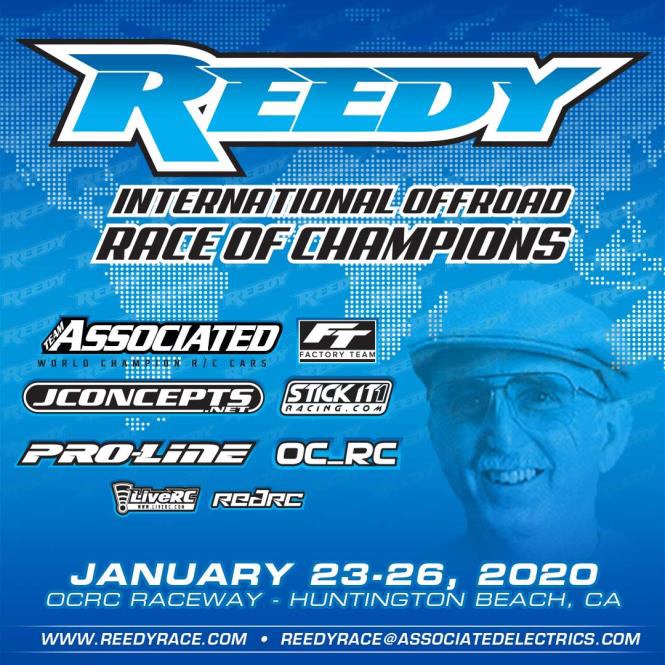