Like any big event, the Reedy Touring Car Race of Champions uses a set of rules and a technical inspection area to help keep the racing close and fair for the participants. As you can imagine, racers have always tried to find the slightest edge to exploit to give them an advantage, but a thorough list helps to alleviate any confusion or misunderstanding. Below is a partial list of what the drivers have to abide by. 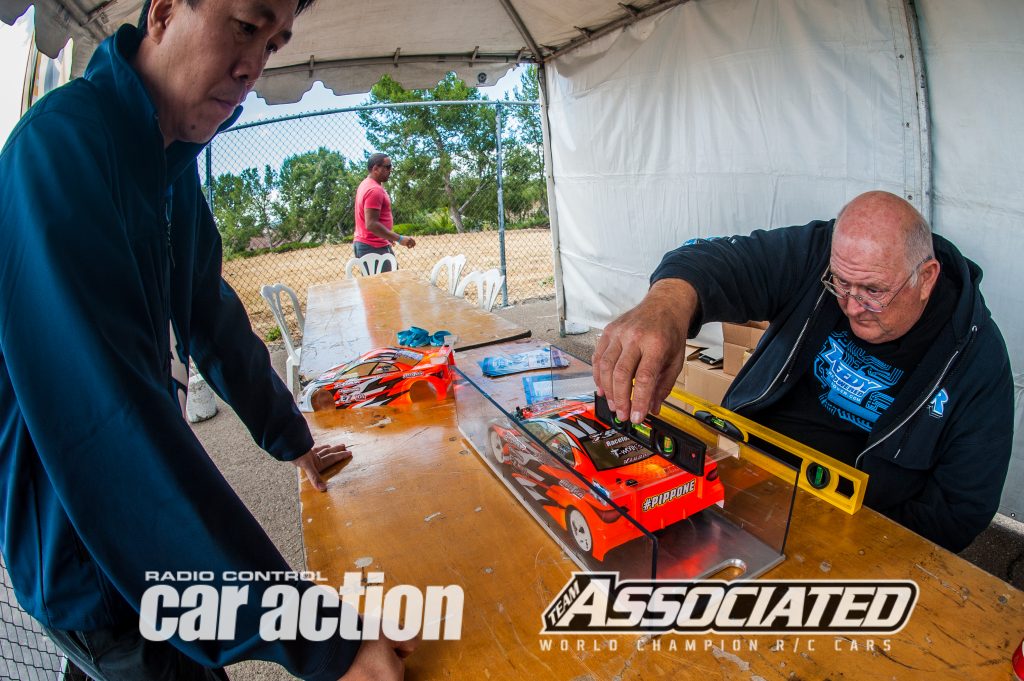 The technical inspection area at the Reedy Race is thorough and fair. The cars are going faster than ever, and keeping the racing close is the objective. 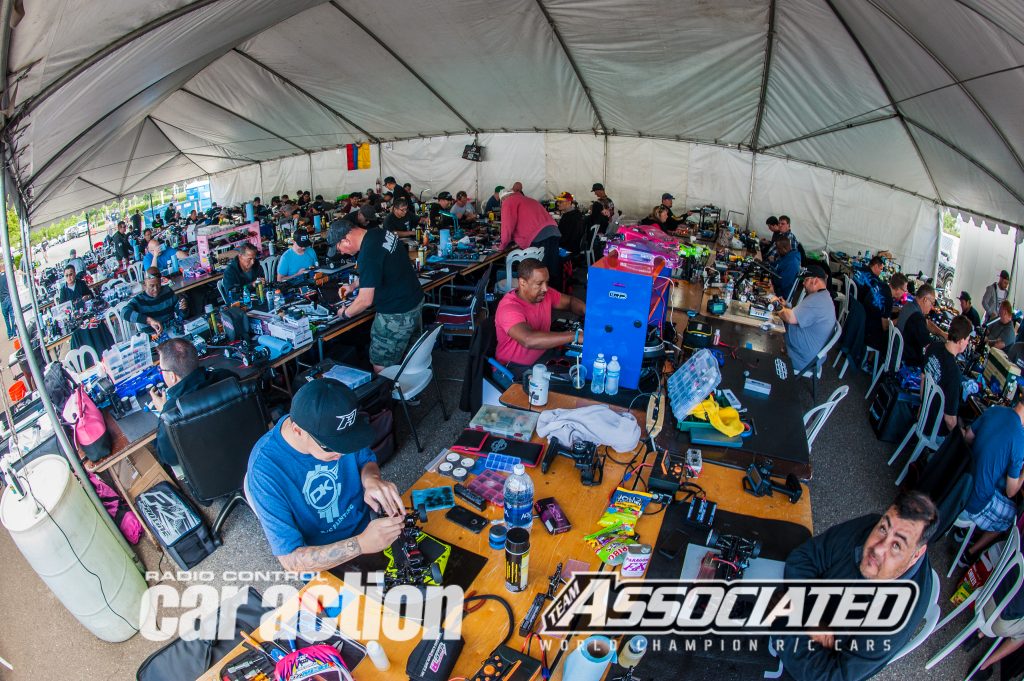 This pits are buzzing with wrenching and theories on how to shave fractions of time off laps.

The Sweep EXP EVO-R 36 was once again chosen as the control tire for the event. This tire has been used since the event was relocated to the Tamiya Raceway in 2014. This specific premounted tire went through extensive testing to ensure that it provided consistent performance with good traction, and was at an affordable price for everyone. Since the tire’s use years ago, it has really been holding up to a lot of conditions including different levels of temperature, and continues to perform in spite of an asphalt surface that’s shown a high level of wear or when it was freshly slurry sealed. As per the rules, each paid entrant receives one set of marked and numbered tires, and only allowed an additional three sets for use for qualifying and triple a-mains. There is no limit to the number of tires a driver may purchase for practice, but tires used during controlled practice seeding rounds must be marked tires purchased at the event. 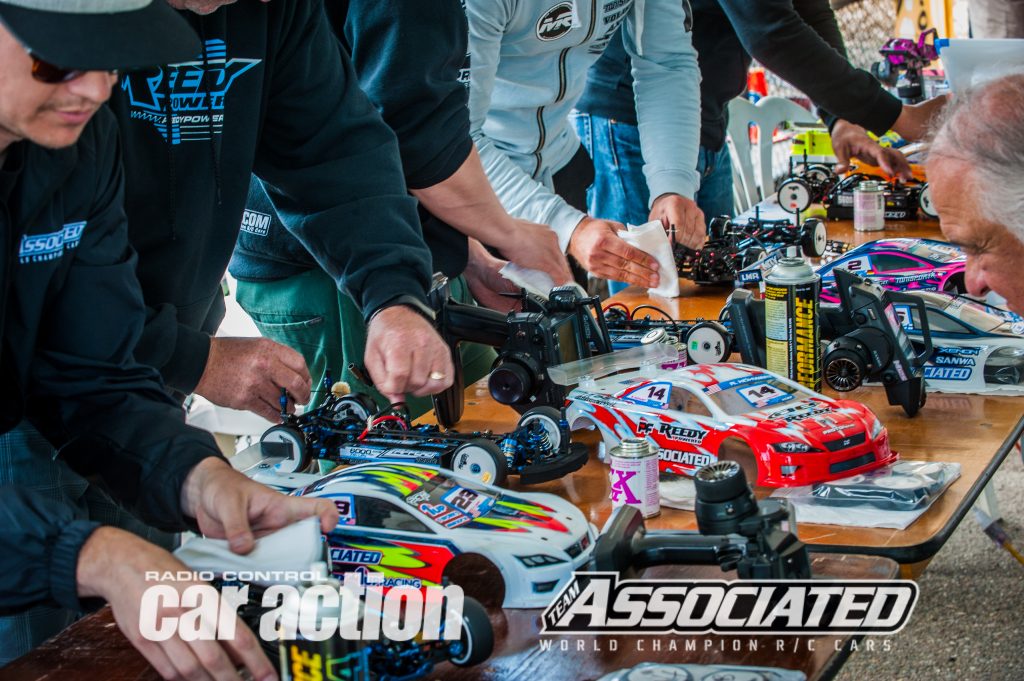 Paragon FXII is the control traction sauce and used along with the Sweep EXP EVO-R 36 control tire. Invite drivers must turn in their tires in to the impound area between rounds. 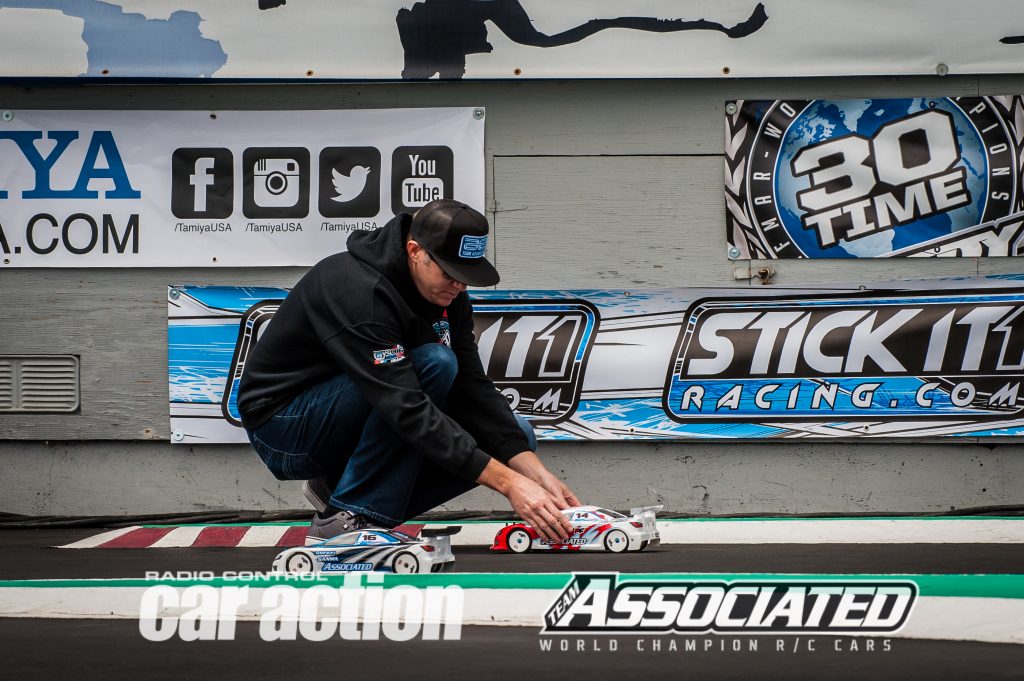 The Invitational Class is gridded up in anticipation for one of their heads-up racing rounds.