From JConcepts:
JConcept made the trip up to Chester New York once again for the RC Monster Truck Challenge World Finals. The DeFalco Brothers, Dan and Kyle put on an amazing event. With a fun yet challenging track, beautiful location and perfect weather, it was a great stop on the JConcepts Worlds Tour #2.

With 57 truck competing, it came down to just 4. Kevin Adair, Dan DeFalco, Kyle DeFalco and Matt Stoltz competed in the final races.

Kevin was able to take his 25th Anniversary Chrome Grave Digger Truck to the finals beating Dan’s Grave Digger. Next up was Kyle’s Executioner vs Matt’s Rambo truck. Matt beats out Kyle to move to the finals against Kevin.

The final match up would be Kevin Adair against Matt Stoltz, both trucks equipped with JConcepts Renegades tires. After another close race, Matt’s Rambo would take the overall win and crowned the World Champ.

JConcepts tires would sweep the podium, the Renegades in blue compound were the perfect choice for the dusty conditions.

After the racing was complete, the sun was setting and the drivers could blow off a little steam in Freestyle. JConcepts own Fred Reep would put on a show for the fans with his Traxxas Slash 4×4 running the JConcepts suspension conversion. This truck takes a beating and keeps on going.

Next up for our Worlds tour, we head to Ohio for the 29th Annual NR/CTPA World Championships. Stay tuned to the JConcepts Facebook page for updates from the event all weekend long. The event kicks off October 6th and goes through the 8th.
Visit JConcepts.net
See more posts about JConcepts 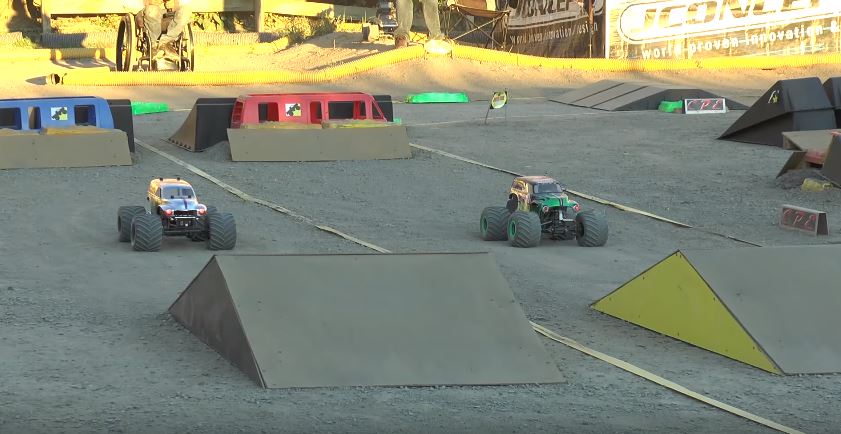