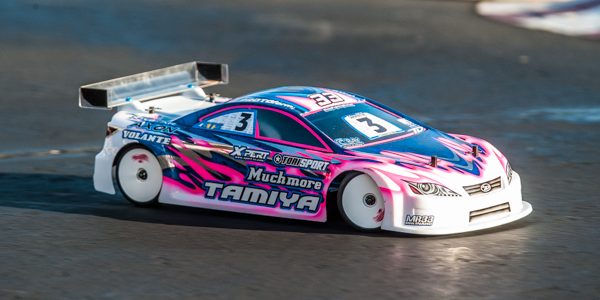 The Reedy Touring Car Race of Champions is providing all the excitement and drama you’d expect in an event that has such a unique format and spectacular racing round after round. The Invitational Class is where the most excitement usually happens and Friday saw the first 4 Rounds of Heads-Up style racing among the elite racers. Round 1 started early with Yokomo‘s Volker, Team Associated‘s Cavalieri, and Yokomo‘s Matsukura all drawing blood with needed wins to establish their lead. But, winning a single Round won’t get you the title, and as the day drew to a close it was Tamiya‘s Marc Rheinard who sits at the top of the leaderboard. However, although Rheinard leads in points with Volker close in second, the big race was in Round 3 between the two past Reedy Race Champions. With Rheinard starting up front and Volker starting in eighth, the race got under way and it was just a couple of minutes before Volker moved past the other drivers and starting reeling in Rheinard. Then with about two minutes to go, Volker caught Reinhard and made an amazing inside/outside pass as the duo moved in to the infield. Most spectators assumed the two would battle it out to the end, but Volker was obvious the faster of the two and with the pass made and Rheinard scrabbling to come up with something, anything, the race was over. It sent a shockwave through the entire event and showcased who was on form and who was really in control. The only thing left is for Rheinard to come up with a better set-up, change his driving approach, win by taking other rounds without Volker in his races, or get ready for the runner-up trophy. And, so far that has been working- sort of. In Round 4, the two squared off again and battled with the duo going side-by-side through the kink. There isn’t really enough room for two cars at that pace and the two drivers witnessed a big tumble with Volker getting the worse of the exchange. It was an unlikely incident and kept Rheinard at the top of the standings, but with plenty of racing still planned for the event, expecting a similar result is a longshot. 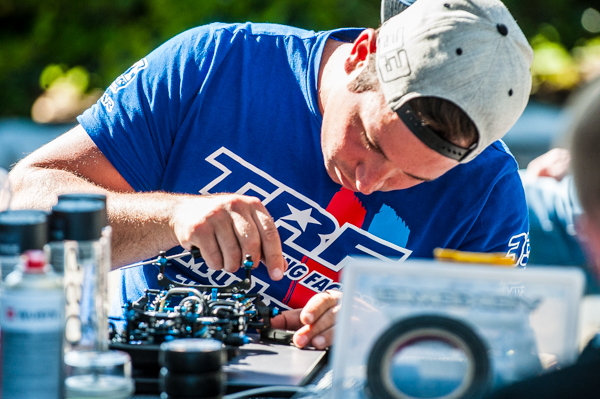 Tamiya‘s Marc Rheinard may be leading the event after Day 1, but will have to come up with a better plan if he wants to stop Volker’s in-form speed. 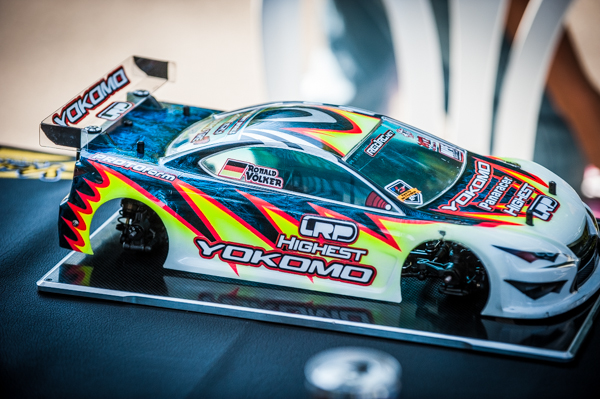 Yokomo‘s Ronald Volker has found something special and unless someone else can find another level of speed, the outcome for the event may be predestined in his favor. 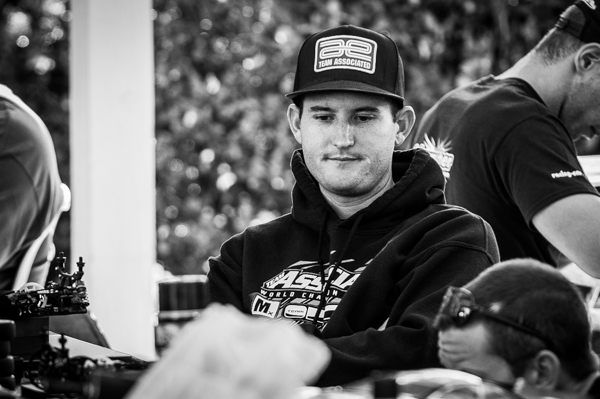 Team Associated‘s Ryan Cavalieri is having a great event and sits in fifth overall. 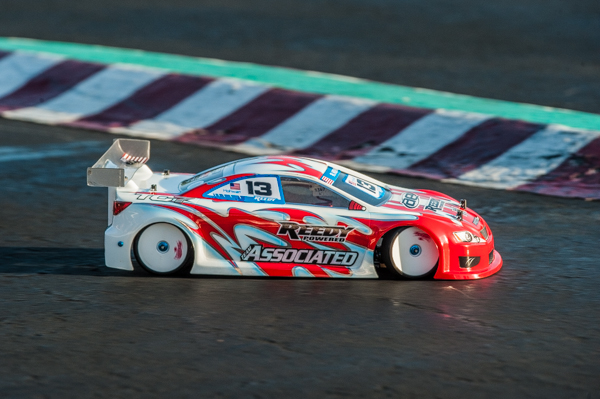 Team Associated‘s Rick Howart is another American accumulating a solid tally of points and sits right behind Cavalieri in 6th.