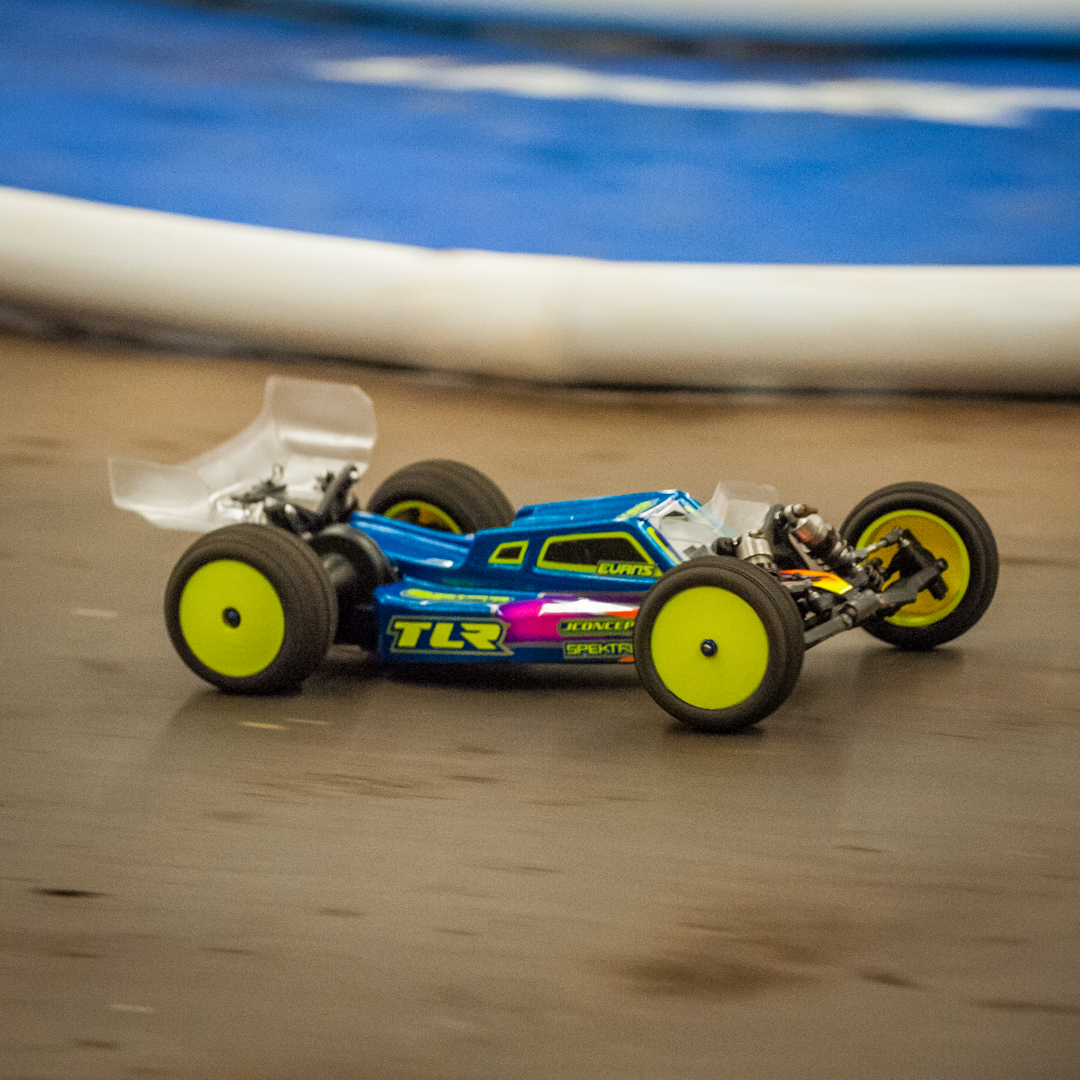 TLR’s Dustin Evans is leading the event after five rounds at the 2016 Reedy Race of Champions and like the rest of the factory team, is outfitted with the company’s new 2WD buggy, the 22 3.0. We had an opportunity to sit down with 2011 Champion and get a closer look at his buggy. Check it out. 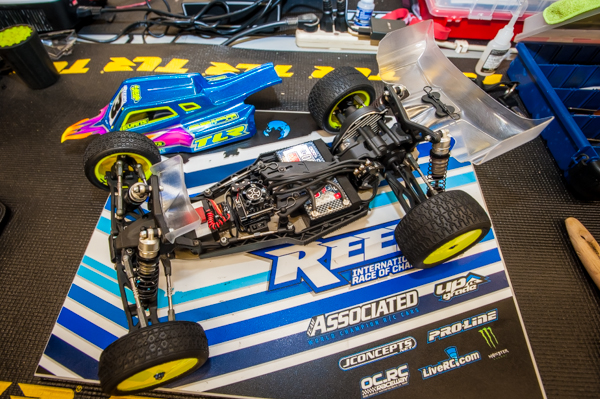 Like the rest of the team, Dustin has had limited time with his buggy, but is really impressed and has great results to back it up. 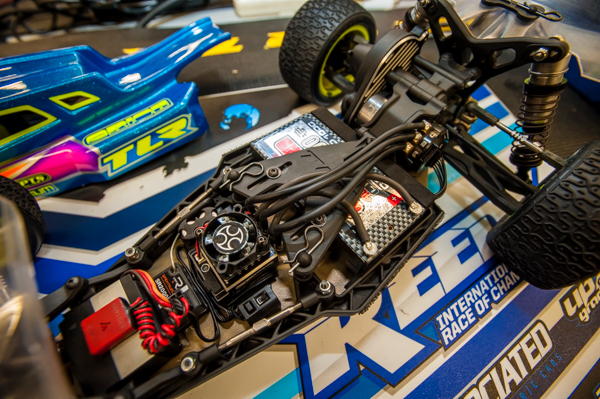 Dustin outfits his buggy with an Orion Pro Carbon shorty pack and runs it transverse with a fairly thick foam spacer to move the weight a bit forward. Keen eyes will also notice the turnbuckle braces he and some of the other drivers are using. According to Dustin, these braces help to stiffen the chassis, but their affect is very subtle. His Team Orion speed control is ran with standard software and tuned to his liking. 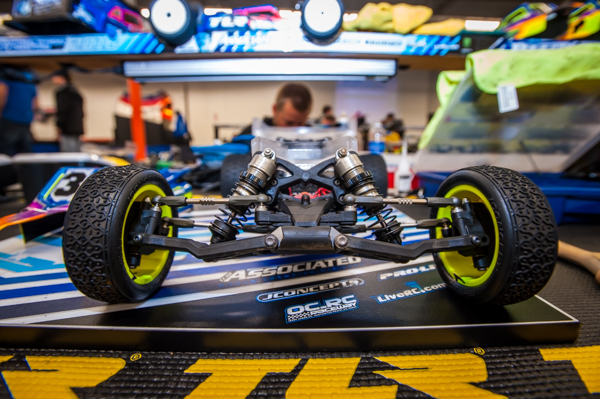 The signature front end of the TLR 22 3.0. To help with steering he lays down the front shocks on the tower to the inside hole. For damping duties, his front shocks use Team Associated white springs, 2×1.6mm hole pistons and 32w oil. 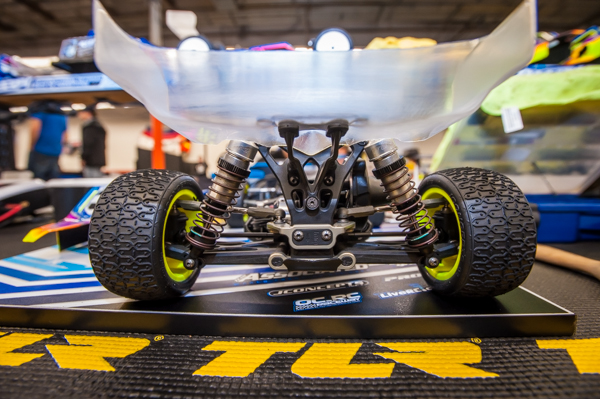 Detail of the rear. The dampers in the back use Yokomo green springs, 2x 1.7mm pistons and 32w oil. 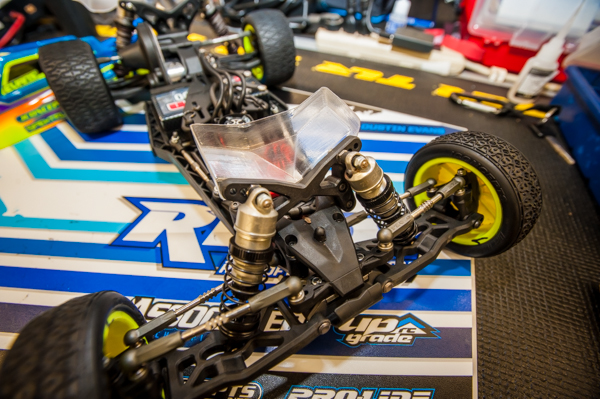 Dustin is using JConcepts new front wing specifically designed for use on the 22 3.0. 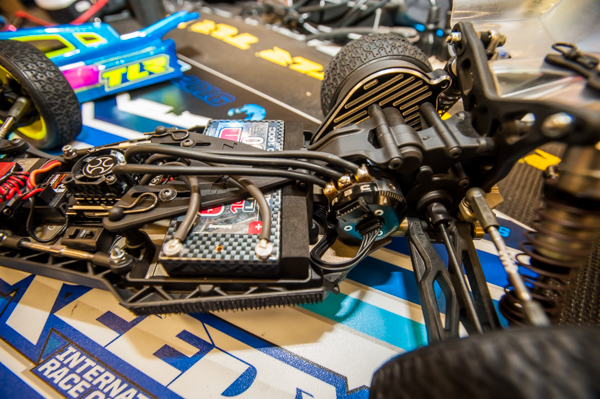 The TLR 22 3.0 shifts the weight bias of the motor quite a bit further back compared to the older 2.0, helping to increase rear bite. The buggy also comes standard with a 3-gear transmission, but a 4-gear transmission will be a tuning option. For power, the buggy is outfitted with a Team Orion 7.5T motor. 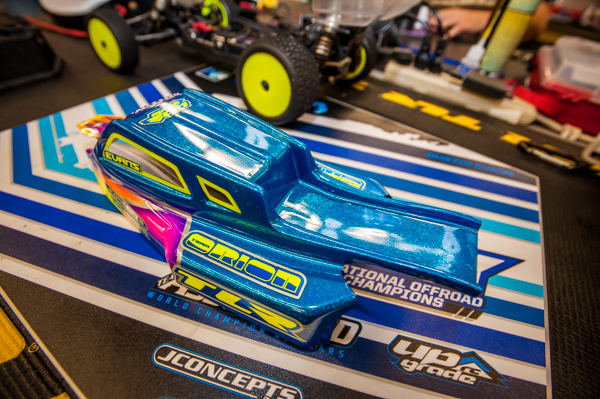 Dustin uses the supplied kit body and prefers it without the center stabilizer. However, he is quick to point out that he first received the buggy and tested at his home track that is tight with small dimensions, so when he arrived at this event, he left it as is and chose to focus his attention in other areas. 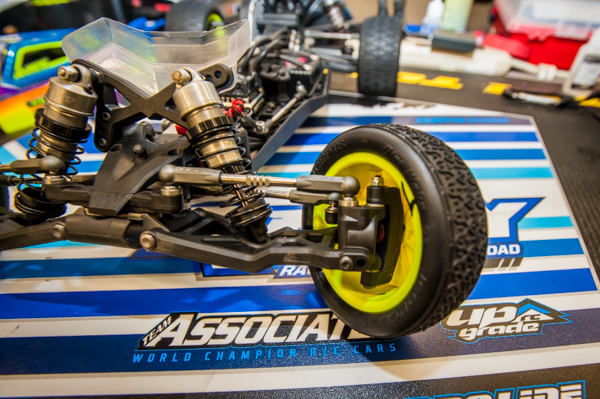 One big tuning option is the buggy’s use of short or long length arm positions. Dustin runs it in short length configuration. He also uses JConcepts finned titanium turnbuckles. 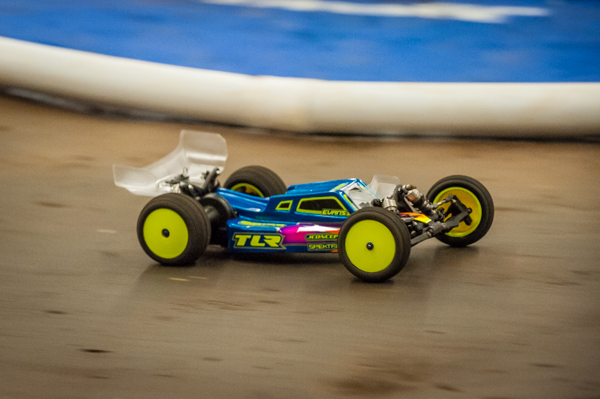 Dustin is enjoying good results at the event and feels his buggy is giving him the confidence to win. At speed through the end of the sweeper.