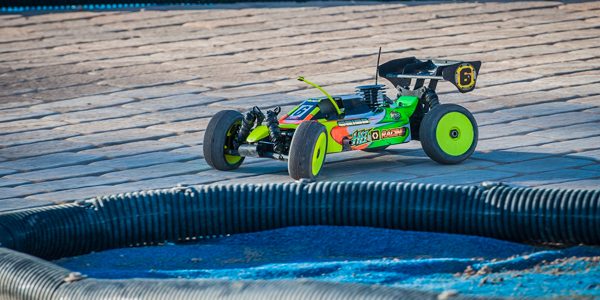 Practice is over at the 2016 IFMAR 1/8 Nitro Off-Road World Championships and things are already getting serious. Practice is a time to learn the layout and work on set-ups, but it’s also the time to see who’s on pace and to seed the qualifying. Using the best three consecutive laps, driver’s are then ranked using the results in controlled practice to place them in heats among similar speed drivers to make the upcoming qualifying cleaner (at least on paper). But, it’s no that easy, the top drivers are then broken up in to 39 driver groups and shuffled throughout in corresponding heats. For example, the first, fourth, seventh, tenth, etc. seeds from the top of the list will go into one heat, while the others go in to another- okay it’s a bit complicated, but it does help to keep things even while still maintaining a level of similar speed drivers in groups. And despite a few surprises along the way, the heavy favorites are starting to take control and show their experience and raw speed. HB Racing’s David Ronnefalk is pushing hard and turn fast laps, but fellow teammate and defending 2014 IFMAR World Champ Ty Tessmann is right behind him in second. Kyosho’s Elliot Boots is also showing great form, and the rest of the field is separated by the closest of margins. First round of qualifying gets under way tomorrow with guns blazing. Stay tuned. 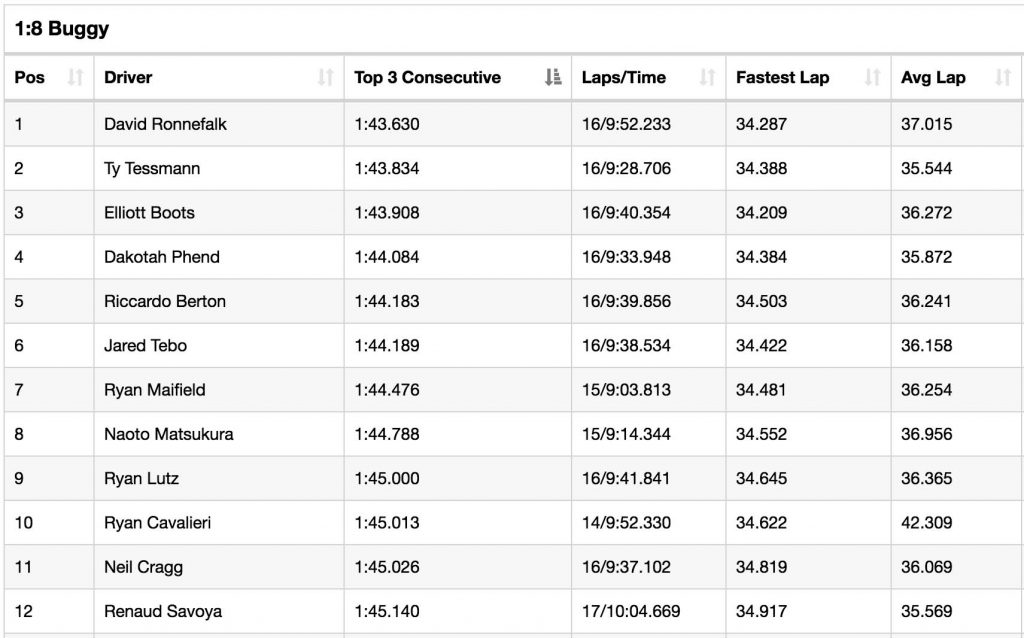 Practice is over and many of the heavy favorites are showing their experience and speed. 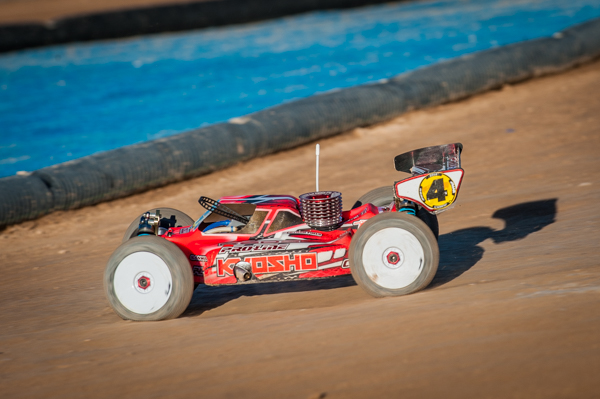 Kyosho’s Elliot Boots lines up in a very respectable third position going in to qualifying.