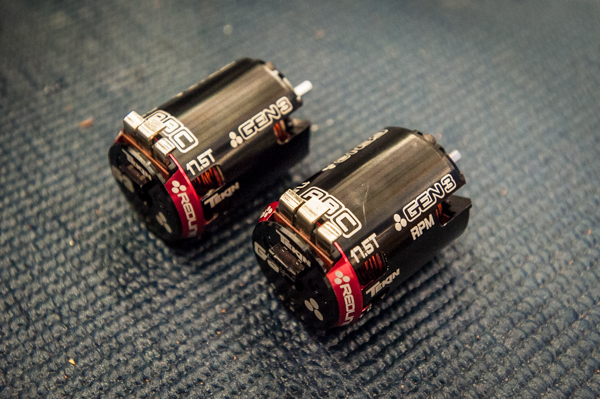 The ROAR Nationals is a serious event for drivers and manufacturers, and it’s common to see new and innovative technology either being introduced or tested in prototype form. However, these items aren’t always for the general public, so information is often only speculative at best. Here’s a taste of some of the things at the event with as much info as we could get. My spy camera was often working overtime.

HB/HPI Racing brought a strong factory team to the event and the biggest news was the prototype 2WD buggy they were running. Okay you may be thinking that this isn’t exactly earth-shattering since we’ve reported on it numerous times at other events, but it’s clear that the company is poised to bring it to market very soon and elevating the buggy from prototype status to pre-production. Of course “soon” is open for interpretation and when I prodded deeper, I only got a “no official date set yet” from Canadian Ty Tessmann. On the track, the buggy looked good and has some visible features first introduced on the 4WD D413 buggy. It also looks like it has gone beyond the rough prototype stage and has many molded parts that reflect its near complete stage. Ty Tessmann, Drew Moller and Tanner Stees were driving the buggies and made sure my wandering eyes only went so far. 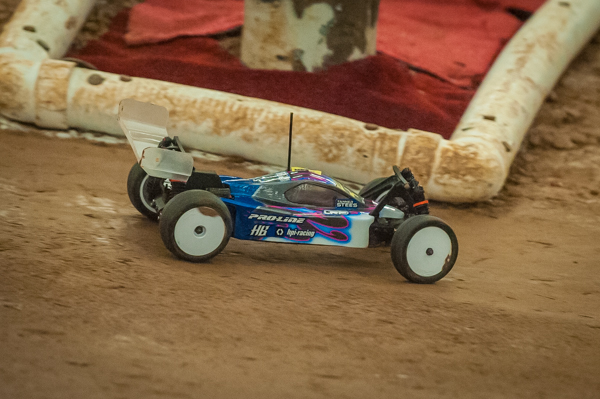 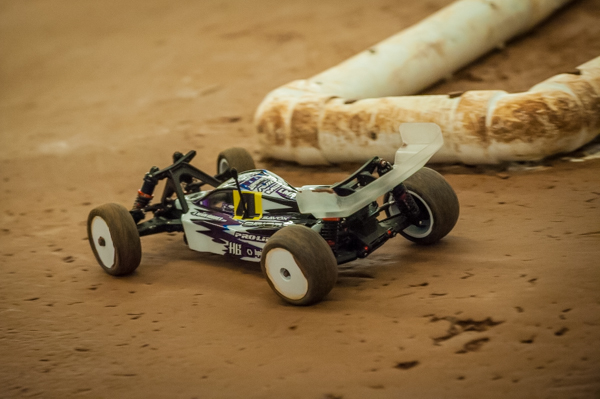 Ty Tessmann on the move. 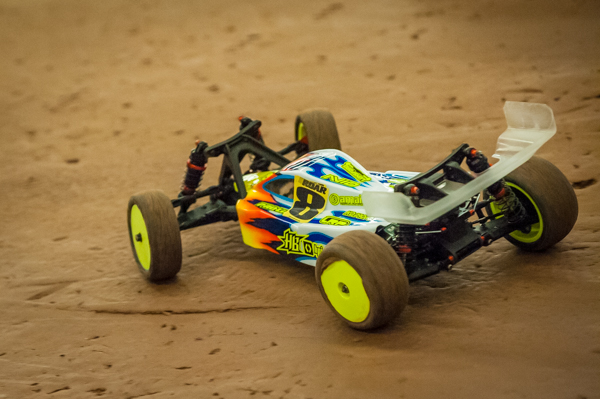 Drew Moller usually is seen running his own 2WD creation, but with a 2WD buggy nearing production, it is only fitting to see him behind the wheel of something closer to home.

When traction gets high, insignificant things can be felt and buggies often react to some of the most minute changes in set-up. Drivers like Ryan Cavalieri, Spencer Rivkin and Kody Numedahl were a few of the drivers running a front shock tower wing, while other drivers like Steven Hartson opted to leave it off. According to Hartson, using a wing in a high-grip situation is often overkill and only contributes to an already twitchy buggy with increased inconsistency. I guess it all depends on who you ask and just shows that every driver has their own style and handling characteristics. The AE camp were also running the new RC10SC5M with fast laps and great results. After the two rounds Ryan Cavalieri was sitting tied for first with fellow teammate Spencer Rivkin in the modified short course division. 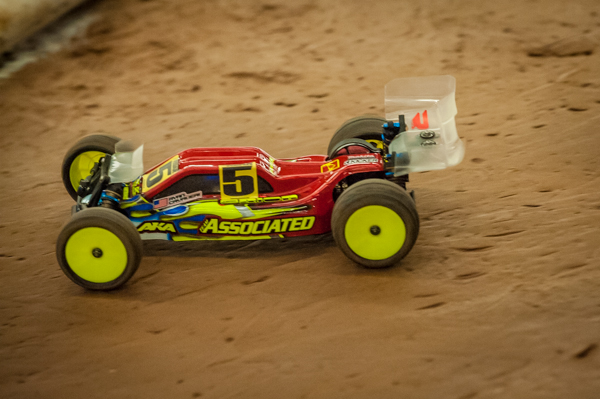 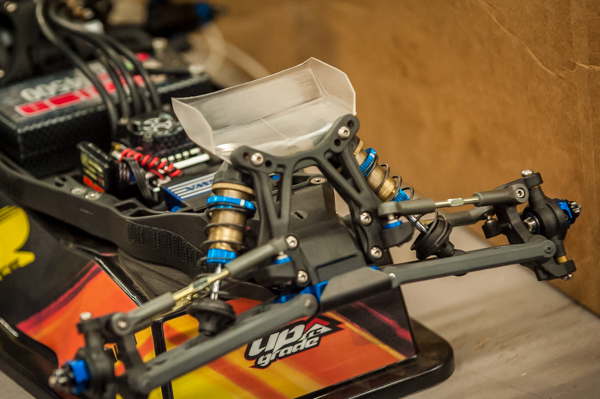 Lexan wing detail on Ryan Cavalieri’s buggy in the pits. 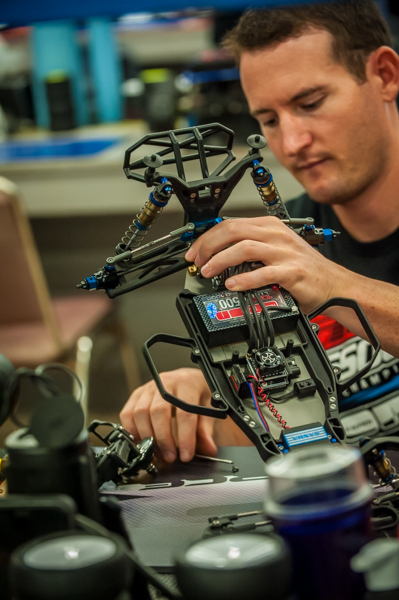 A lot of interest has been around this young phenom out of southern California. Recently he and Team Associated went their separate ways in a rather public spat that left many wondering what was in store for this talented driver. Well things aren’t really any clearer and Wernimont was running Yokomo 2WD and 4WD buggies. When I approached Robert Ito from Yokomo and asked about a possible contract with Wernimont and the Japanese manufacturer, he explained that at this time, Wernimont was only given buggies with nothing more definitive. With no legally binding contracts in place, I’m sure there will be many more rumors and speculation. 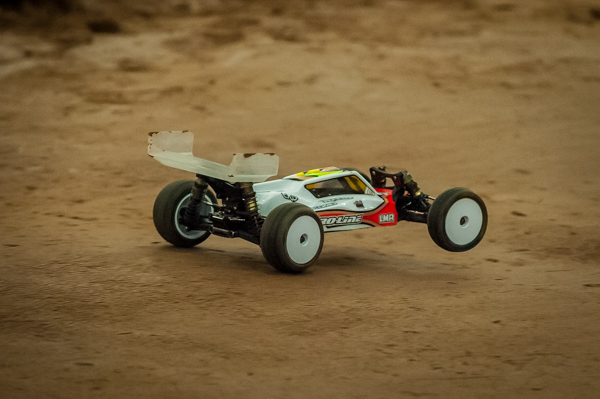 Motors are always a hot topic in stock racing and Tekin had something very interesting in Team Manager Randy Pike’s pit. Yes, these are spy shots and no information was given other than there being a regular and rpm version. However, keen eyes will notice some interesting features and rather open venting in the stock, 17.5T motors. 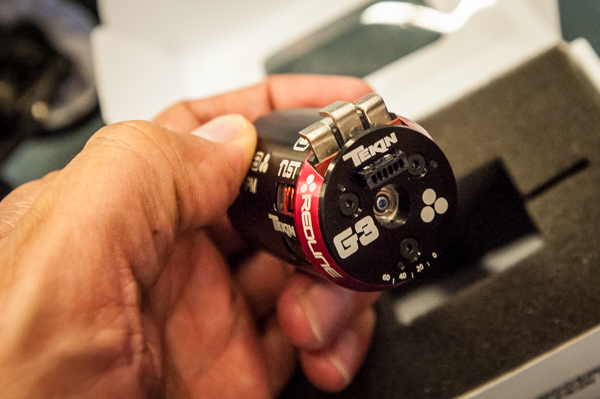 The Tekin Gen3 17.5T motors have large soldering tabs and a number of other classified features.