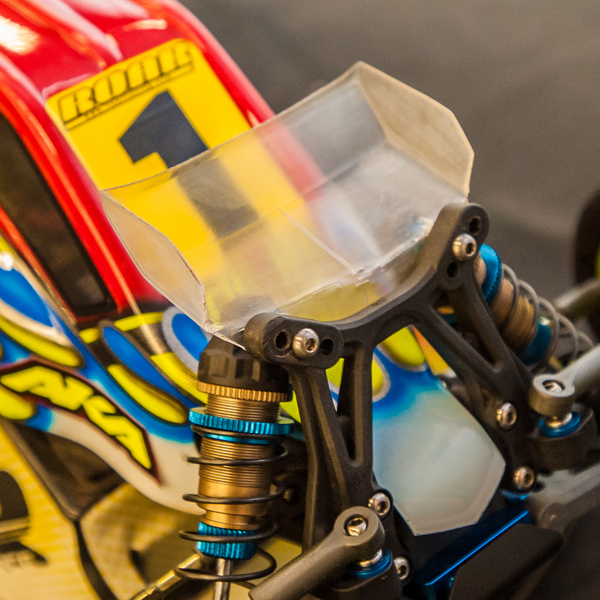 All of Cavalieri’s vehicles were immaculately prepared, but his RC10B5M drew extra attention for the fact that it was the first major win for the chassis since it debuted over a year and a half ago. Here’s some of his major set-up details. 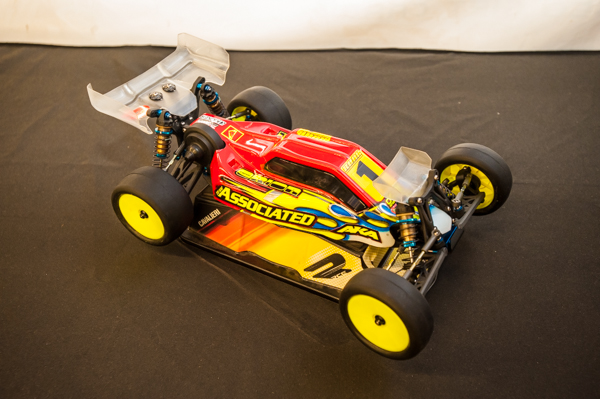 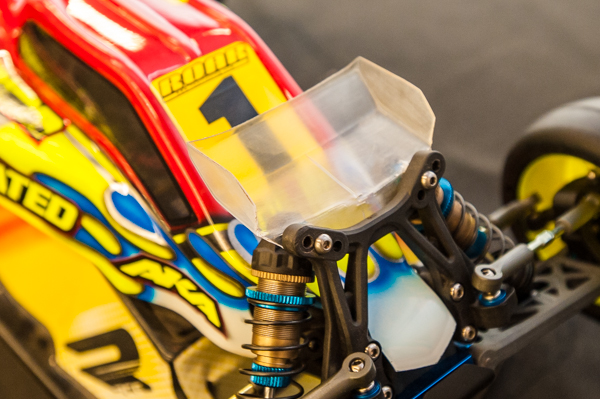 Cavalieri opted to go against conventional set-up theories and ran a front wing in the high-grip conditions. According to some of the drivers who committed to running one, including others like Spencer Rivkin, It provided a bit of extra high-speed stability and also contributed to keeping the front end down under acceleration. 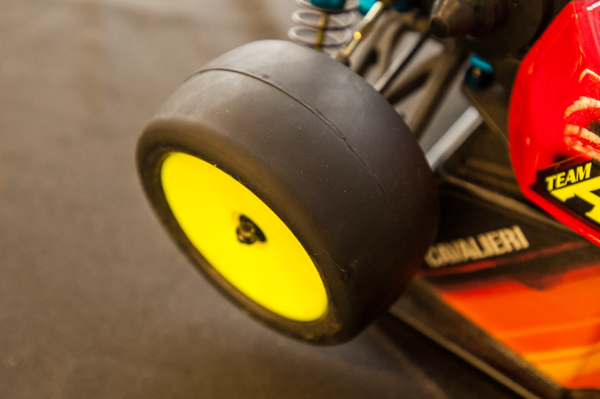 The buggy was equipped with AKA “Slick” (yes, that is their name) tires with the company’s newest black molded closed cell inserts. He experimented early on with other inserts, but settled on these for the mains. 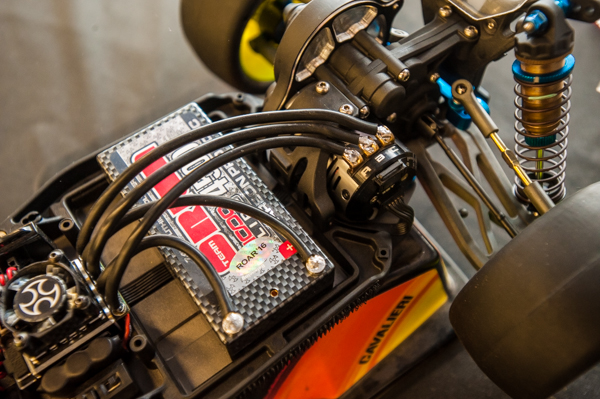 The buggy is equipped with Team Orion power that included a 7.5T motor. 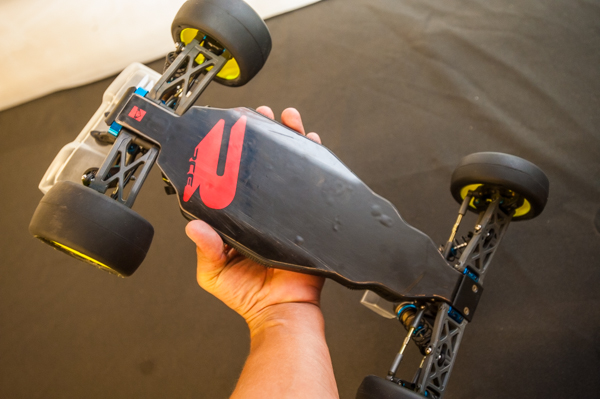 The bottom is protected by Cav’s own signature self-made skin. It’s made from die-cut vinyl and provides a extra slippery layer of protection.