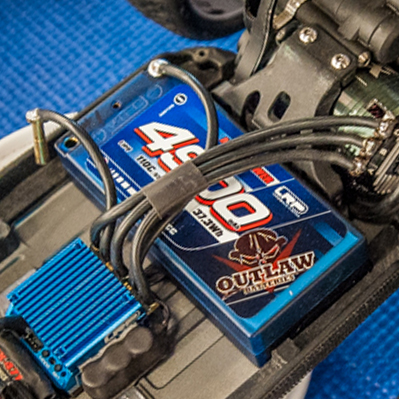 I already teased with a few new things I saw at the event, but that’s not all of the things on hand. My camera and notepad are always searching out the cool stuff and here are a few more.

I was able to corner Shawn Ireland and JD Mora and discuss their new LRP batteries they introduced to the market. Labeled as “Outlaw,” these LiPo batteries have the ability to be charged up to a higher voltage of 4.35 volts per cell (8.7 volts total) than traditional packs of 4.2 volts per cell (8.4 volts total). Normally this would make them illegal for racing including this event, but since technical inspection is checking maximum voltage, as long the packs fall within the rules, they are legal. Users of these packs just need to adjust their chargers to stop earlier. 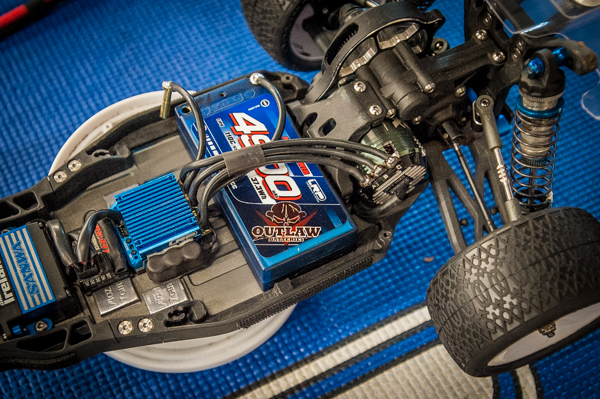 LRP’s “Outlaw” shorty pack can be charged to a higher voltage, increasing its application, and as long as charged within the parameters of the event, is perfectly legal.

I cornered Ray Folland who is the mastermind behind Sticky Kicks RC and a sponsor of the event and got to see his new Pink V2 blend in the company’s new bottle. His line up of tire sauce has always been a hit and this new formula is specifically designed for these kind of conditions; indoor clay with clay compound rubber tires. Apply with a toothbrush before hitting the track. 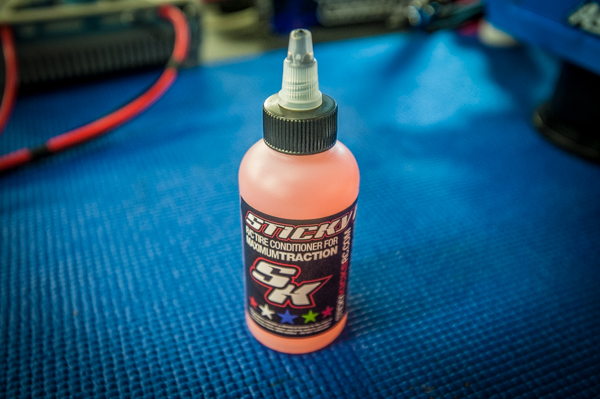 Tuning is always part of racing and Sean Dehart of Stiky Liks has been providing special chassis for many of the vehicles on the market. At the event, he showed me a new chassis designed for the Team Associated T5M. This chassis is milled from 2.25mm 6061-T6 aluminum instead of the standard 2.5mm 7075-T6 aluminum and according to Sean, his chassis is lighter and due to the inherent flex, dampening and thickness of the 6061-T6 aluminum, should provide a noticeable change in handling. 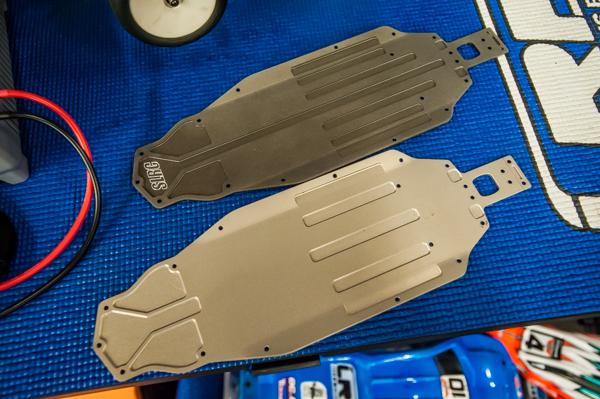 With Team Associated poised to release an electric version of their 1/8-scale buggy, it was no surprise to see some of the team running it at the event. Australian team driver Kyle McBride is running the new buggy and put it on the pole after qualifying- pretty impressive. 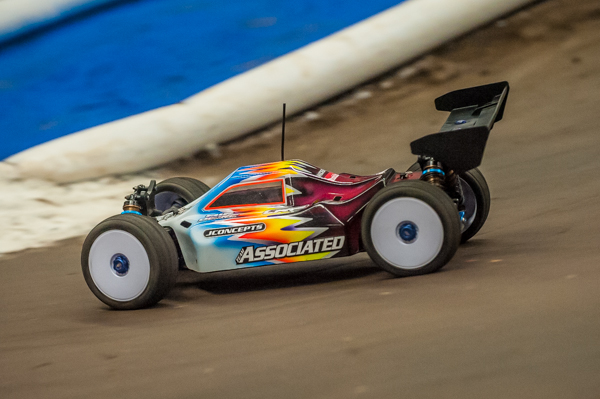 Team Associated had their new RC8B3-E at the track and should be shipping any day (Steven Hartson’s buggy shown).