We are now two rounds in to qualifying with two to go at the 2015 Pro-Line April Fools Classic. There’s been some predictable outcomes, but it is the surprises that have been standing out and it came in the form of the local boys taking ownership and posting some blistering runs. In 4WD Modified Buggy, it’s HB/HPI Racing’s Drew Moller that has been setting the pace with his D413 buggy. His buggy is ridiculously overpowered with an LRP X20 6.5-turn motor, especially considering how tight and technical the layout is, but the young driver seems to be able to somehow utilize it to keep him up front on the standings. This doesn’t mean he hasn’t been challenged, and Team Associated’s local boy Kobe Yonker is chomping on his heals in impressive fashion putting his experience and knowledge of the dirt to put him in second overall and making himself known to the factory drivers in attendance. Not far behind is Team Associated’s current IFMAR World Champion Steven Hartson, who has been making some uncharacteristic mistakes, but still fast enough to keep him in the hunt. The trio is within seconds of each other and until now have had to deal with a variety of talent in their first qualifying heats to get to this point, but now with a shuffle of the heats and placing drivers in their new qualifying heats relative to their first posted qualifiers, it is a good bet things will change once again. 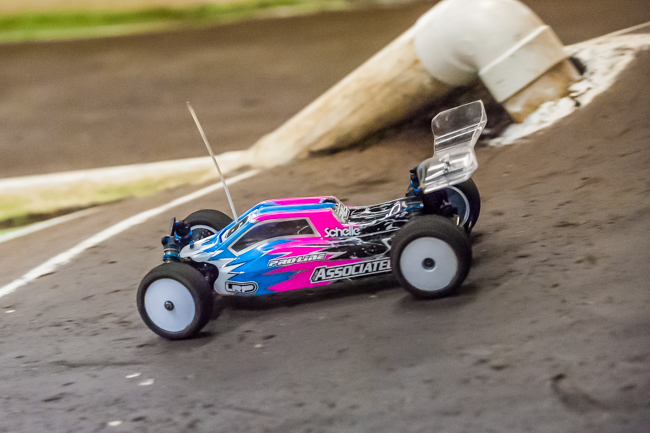 Team Associated’s local boy Koby Yonker has been on fire and looking to make his presence known among the factory drivers. 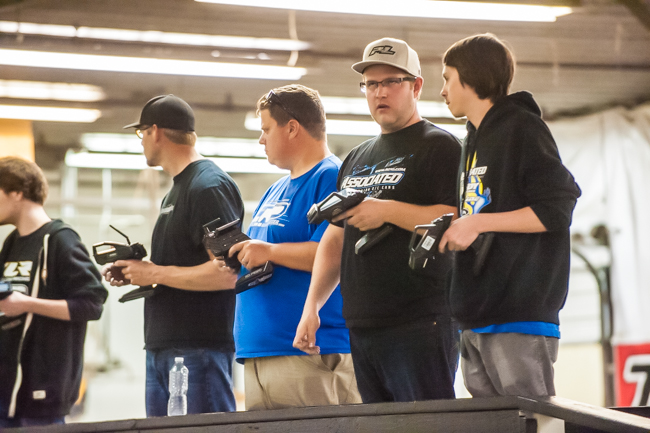 Team Associated’s Kobe Yonker isn’t fazed by the factory drivers at the event.

In 2WD Modified Buggy, it is also time for Team Associated’s Rob Gillespie Jr. to do a bit of his own head turning. His B5M is looking sharp and he’s been able to stay ahead of the deep pool of talent in the prestigious class. To some this isn’t really that surprising since his resume does include winning the Open division at the Reedy Race three years ago and following it up with solid results in the subsequent Invite class the following year, but considering who he’s put in his rear view mirror at this event makes it very impressive. In second is HB/HPI Racing’s Drew Moller with his custom made 2WD buggy, but once again it is AE’s Kobe Yonker who sits in third ahead of AE’s Steven Hartson. But let’s not count out the rest of the talented Utah crew, and TLR’s Corey Petersen is right in the mix and showing speed that has him right among the top guns, but a few mistakes has actually kept his great results from going even further. We’ll keep you posted. 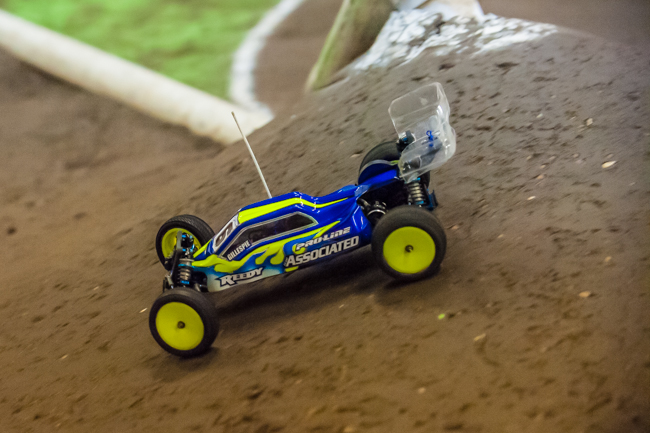 Team Associated’s Rob Gillespie Jr. has been negotiating the technical course to put him up front. 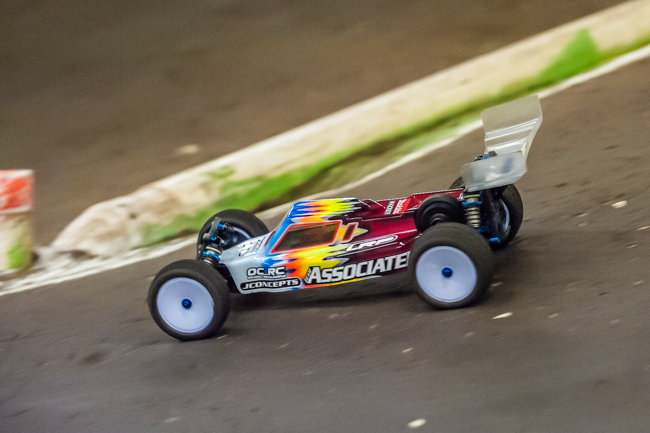 Team Associated’s Steven Hartson has been in the mix, but some mistakes has held back higher results. 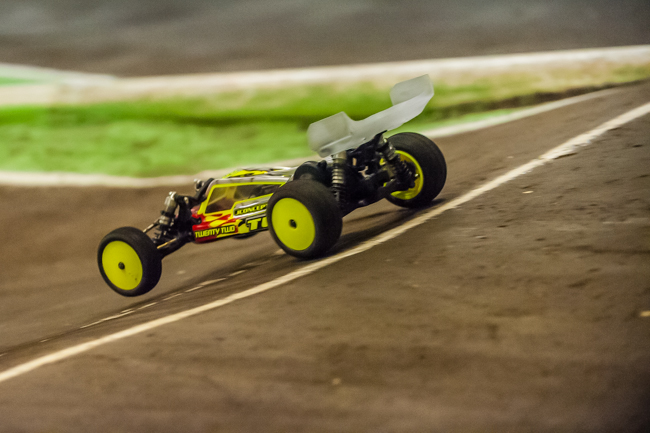 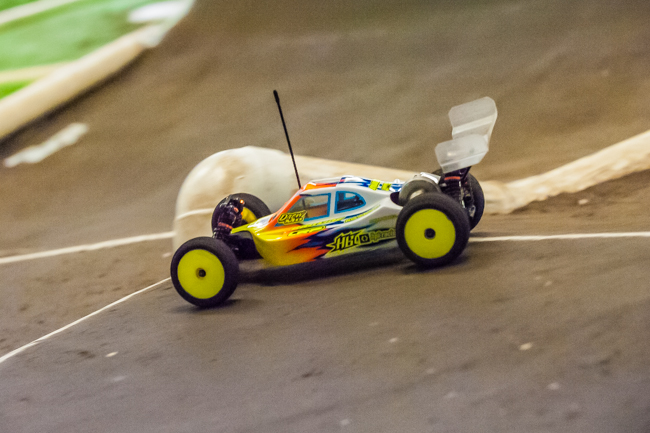