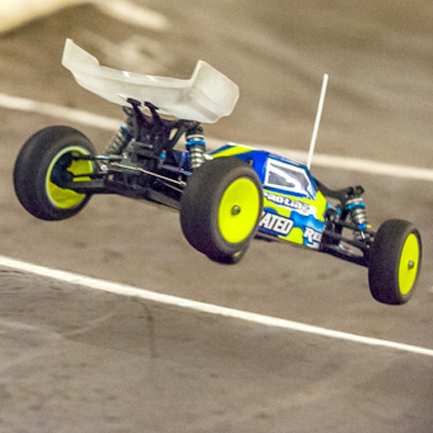 Another April Fools Classic comes to an end with tons of action, new friends and close racing. In the premiere classes it was Team Associated’s Rob Gillespie Jr. who put his home track knowledge to use and took out some big heavy hitters on his way to winning Mod Stadium Truck, Mod 2WD buggy and Mod 4WD buggy. This was no easy sweep and the young driver who has competed in the Invite Class at the Reedy Race of Champions, was put to the test by drivers like Team Associated’s current IFMAR 4WD World Champion Steven Hartson and HB/HPI Racing’s Drew Moller among others. He locked down the overall win in Mod Stadium Truck in the first two of three a-mains, but had to come back in the third main in both 2WD and 4WD buggy when Moller took those in convincing fashion in the second mains of the classes. Impressive and the start of a new era since Intermountain RC Raceway recently went through a location change after running the event for 26 years at the last facility. It was the end of the era and start of something new with a vibe that shows that the event will continue for many more years to come. The April Fools Classic has seen winners like Brian Kinwald, Matt Francis, Mike Truhe, Travis Amezcua, Dustin Evans, Steven Harston and many other legendary drivers who claim that this lesser known big event, is one of their favorites and to put your name among those drivers is something true hardcore racers would love to do. The history of the track and the Gillespie family is part of the racing scene in Utah and its reach can be felt world wide. Rob Gillespie Sr. is a great driver in his own right, with National titles from years in the past and the father/son team is formidable at any level. In fact, Sr. made it all the way to the a-main in modified 4WD buggy and showed that even though the family spans two generations, the talent is strong and poised for more. A great event and hint of things to come. 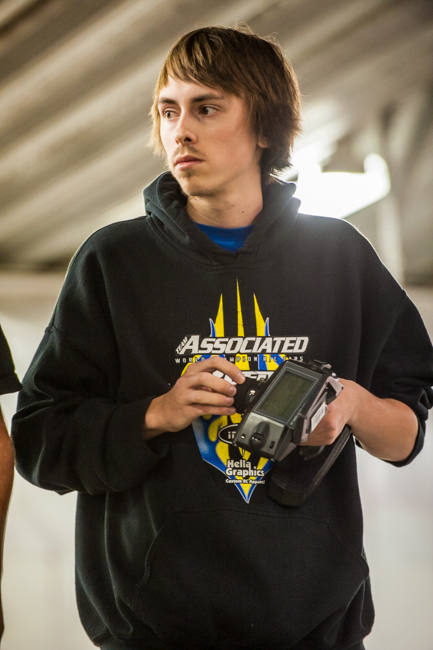 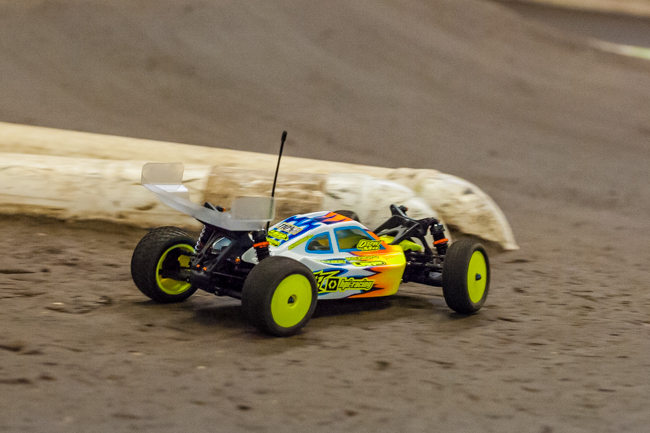 Drew Moller put an impressive charge in the second round of the triple a-mains with wins in both 2WD and 4WD buggy, but couldn’t hold off Gillespie Jr. in the third mains. 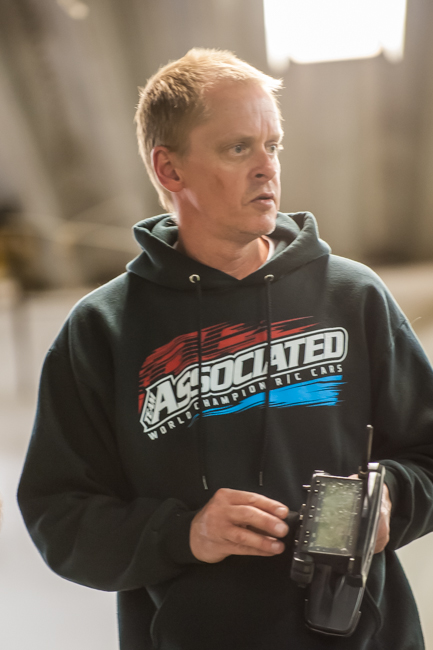 Rob Gillespie Sr. showed everyone that he can sometimes pull out some of that old magic, and made the mains in 4WD buggy. 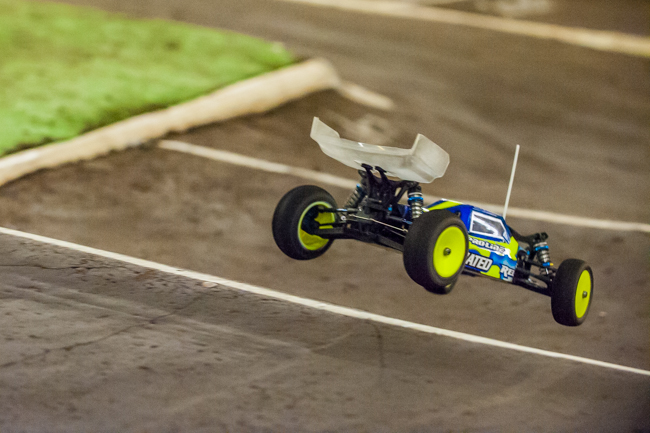 Gillespie Jr. negotiating the technical layout in the premiere classes.