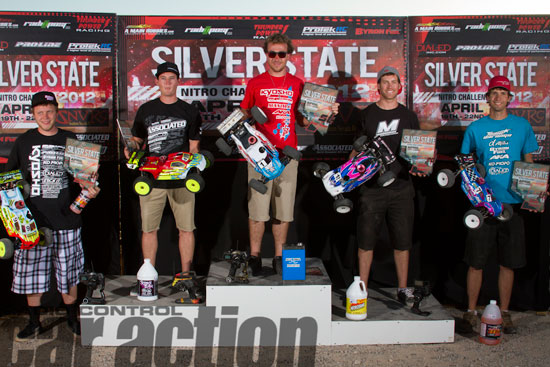 It takes just two words to describe why the Silver State Nitro Challenge has become a popular stop on the nitro off-road racing calendar over the last ten-plus years: Vegas, baby! Held for the last several years in Boulder City, just outside the land of Lost Wages, the Silver State Nitro Challenge is a favorite among racers from across the country and around the world due to low travel costs and high entertainment value – what better way to capitalize on the luck of a few good qualifying rounds than with a trip to the blackjack table?

It’s not all fun and table games, however; after all, this is the race where motocross goggles became a must-have accessory in order to deal with the seasonally crazy wind and ensuing dust storms. Last year’s winners, Kyosho frontman Jared Tebo in Pro Truck and Team Associated star Ryan Cavalieri in Pro Buggy, will have more to deal with than just the weather this year; the big winners at The Dirt Nitro Challenge less than two months ago, now-two-time defending Pro Truck champion Ty Tessman and perennial contender Ryan Maifield, who also won two classes at the Cactus Classic last month, will be looking to carry that momentum into the Southern Nevada desert. They’ll have a star-studded field with which to contend, including lead Kyosho designer and 2000 IFMAR World Champion Yuichi Kanai. It’s all set to start this Friday at Boulder City R/C Speedway; stay tuned to RCCarAction.com all weekend long for results, interviews, and photos of the luckiest RC race on Earth! 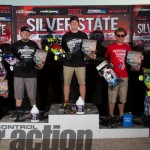 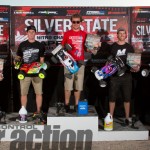