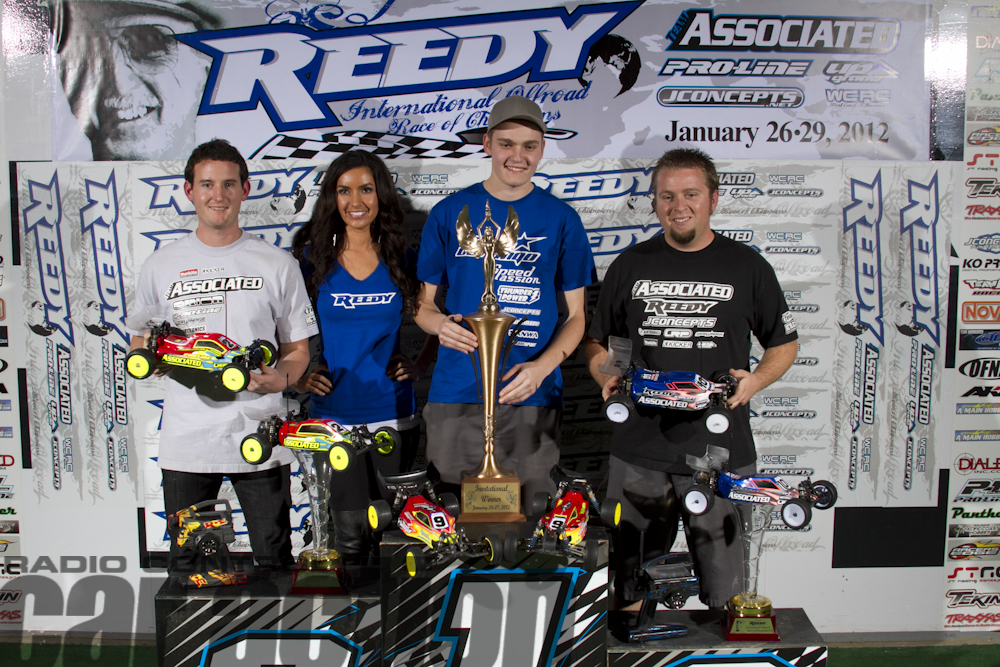 What started as a birthday celebration evolved into an event that rivals the World Championships in the levels of competition and prestige. Mike Reedy, founder of the most successful electric motor company in IFMAR Worlds competition that bears his name, organized the first Reedy International Race of Champions in 1987 to celebrate not only his birthday, but the surging popularity of organized off-road racing. By inviting 32 of the fastest drivers in the world to compete in sixteen rounds of heads-up competition, split evenly between the internationally recognized classes of 2WD and 4WD buggy, Reedy created an exhibition of sport that racers and spectators alike found incredibly exciting. Unsurprisingly, the list of winners reads as an informal RC Hall of Fame:

The Reedy Race of Champions was held at several locations across Southern California. After 2001, the Reedy Race went on hiatus due to the worldwide decline of the 4WD buggy division and a corresponding decline in attendance from international drivers. The Reedy Race lived on through the Reedy Truck Race of Champions (which began in 1996) and Reedy Touring Car Race of Champions (first held in 1998), but it wasn’t until 2009 that the original format returned with a one-off event held (for the first time) in Japan, at the famous Yatabe Arena.

It took another two years before the Reedy Race of Champions came back in full force. With a new home, West Coast RC Raceway in La Mirada, CA, the Reedy Race returned to the roots of its glory days with a truly international field competing on one of the best tracks in the world.

Friday marks the beginning of 2WD competition for the Invitational class, as well as the start to traditional qualifying for the 2WD and 4WD Open divisions from which the winners will be invited to compete in next year’s heads-up field. Who will earn a ticket to next year’s Invitational class? Can Neumann join Cliff Lett (1990 & 1991) as the only back-to-back winners? Don’t miss a minute of the action as RC Car Action will be reporting straight from WCRC!