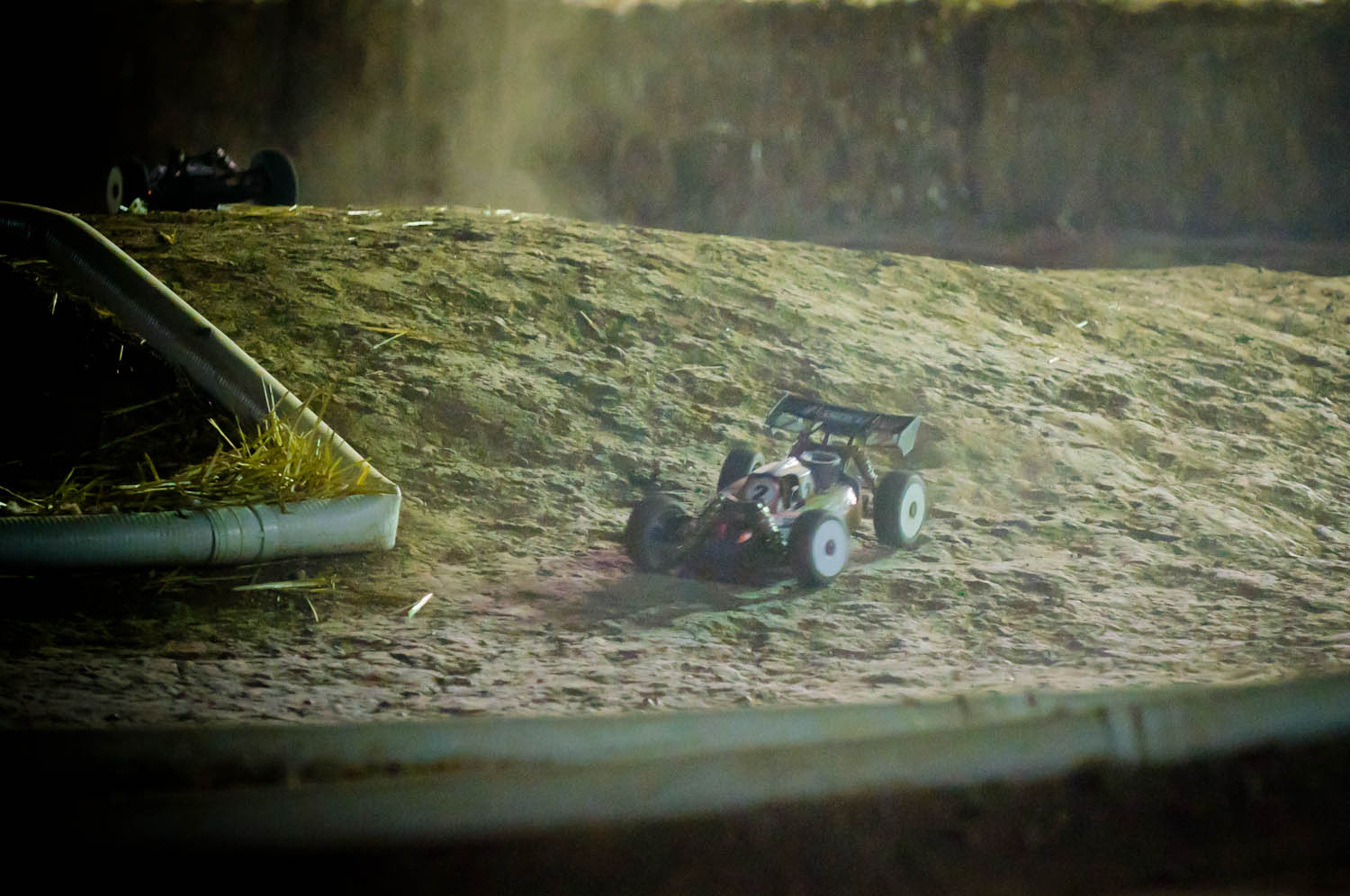 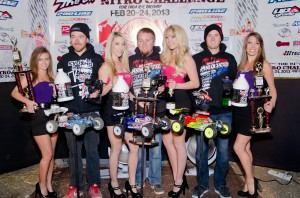 Five days of inconsistent weather and consistently incredible racing action concluded with a stunning drive from the local favorite, as Ryan Maifield drove his Team Associated RC8.2 to his second Nitro Challenge Pro Buggy championship in convincing fashion. As we saw in last night’s Pro Truck final, dominating qualifying meant little for the Top Qualifier; a huge mistake from the typically infallible Jared Tebo just two turns into the race knocked him all the way to the 13th spot after the first official lap, and he never again regained the lead position. Instead, Maifield battled with Tebo’s Kyosho teammate, the young English chap Elliott Boots, who led laps 2-7 after starting in the 4th position. Maifield reclaimed the point on lap 8, Boots dropped out of the race with mechanical issues on lap 9, and that was all the editorial “she” wrote.

Maifield crossed the finish line over 23 seconds ahead of the runner-up: a resurgent Jared Tebo. The multi-time Nitro Challenge champion recovered quickly from his disastrous start, climbing back to 5th within three laps and breaking into the top three before the first pit stop. It wasn’t until near the half hour mark that he passed Ryan Cavalieri for second by capitalizing on a few mistakes from the fellow former champion, and withstood a late-race charge to prevent the Team Associated 1-2 sweep. A hard-fought battle between some of the world’s fastest nitro off-road racers was a fitting end to the weekend, and the packed crowd surrounding the hay bale-bordered course appreciated every minute of it.

Finishing just off the box was the rising star of the next generation, Team Durango’s Carson Wernimont. Piloting the prototype the team has been running since last year’s Worlds, Wernimont bumped up from the B (in which he started 5th) by finishing second, and passed a whopping ten cars thanks in no small part to a stellar start: he took advantage of the first lap carnage and moved all the way up to 4th from the 14th spot on the grid! Though he dropped as low as 7th as the race wore on, he moved back into 4th around the 30-minute mark and held off a late charge from Renaud Savoya, who finished less than two seconds behind to round out the top five.

Reigning champion Ty Tessman, who went back-to-back in Pro Truck less than 24 hours earlier, looked in prime position to do the same on Sunday evening after rocketing to 3rd from 12th on the grid on lap one. It all went downhill from there, however, with mistakes forcing him out of the top ten in the opening laps. He never broke the top five after that, finishing 6th after an otherwise uneventful final. 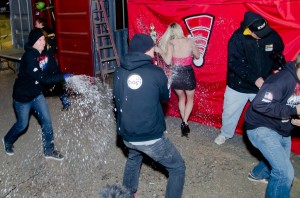 That popping of the corks signaled the end of an incredible weekend, and so wraps up the 14th annual The Dirt Nitro Challenge; with a new record of nearly 850 entries competing between the nitro classes, electric short course competition, and 1/5-scale festivities, the perennial nitro off-road season kickoff only continues to grow. Stay tuned this week for more photos and videos from the race, including a look at the fastest cars in Arizona, the Pro Buggy Main, and Sunday’s interviews including our last-minute chat with Pro Champion Ryan Maifield.

Which, of course, came after he was doused in champagne. 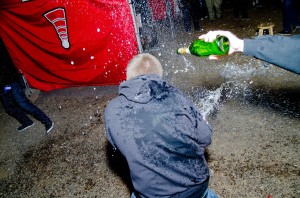 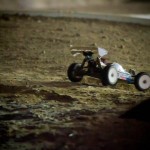 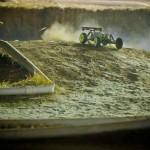 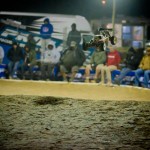 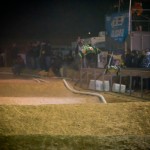 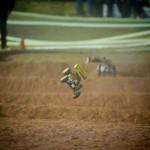 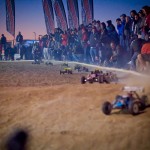 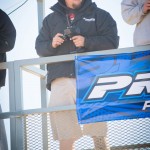 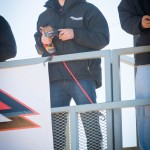 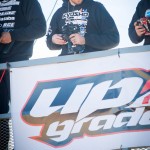 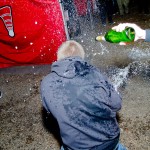 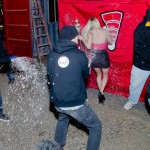 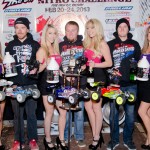