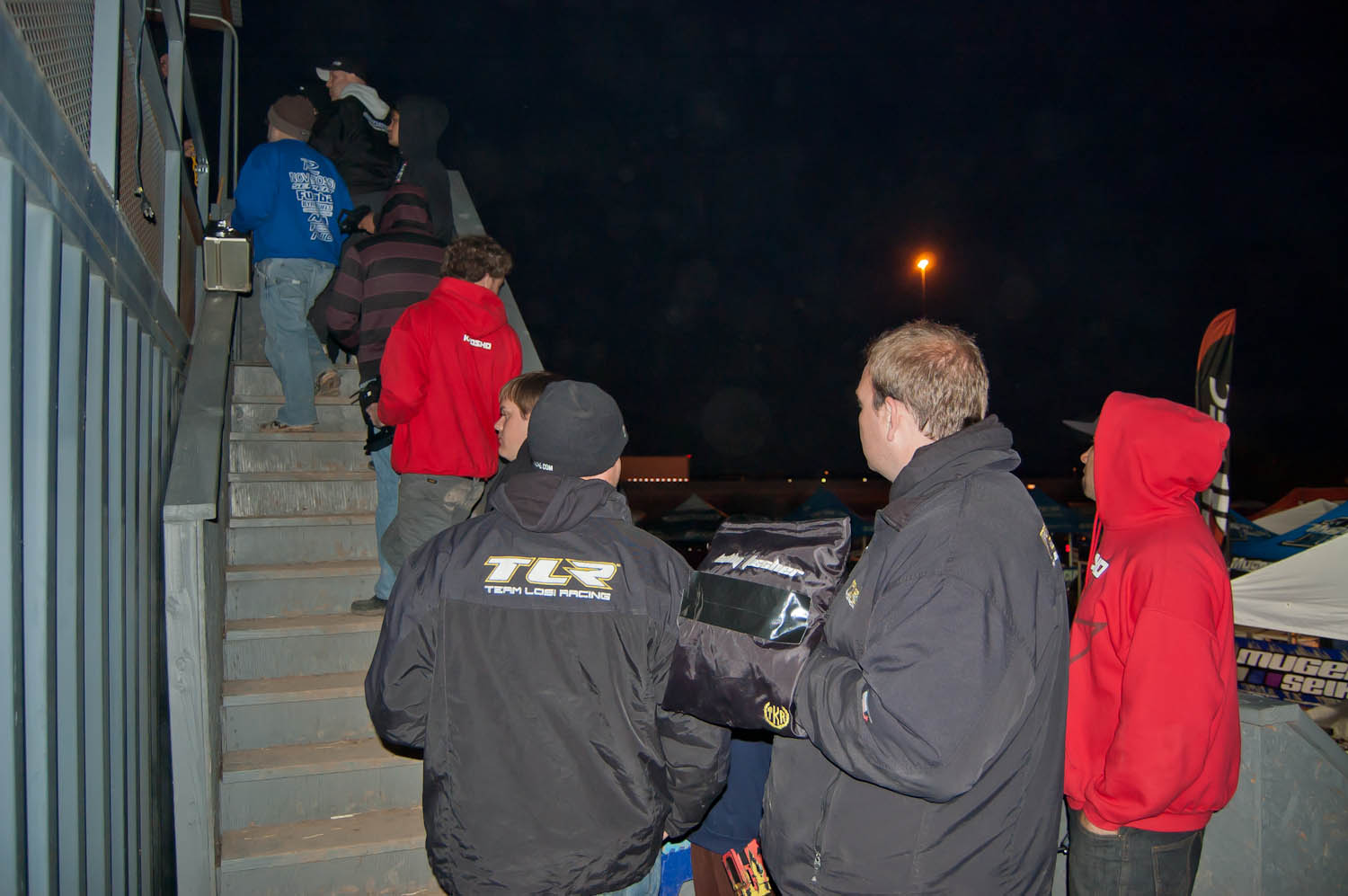 Just like yesterday, the first round TQ sealed the deal early and left everyone fighting for the second spot on the grid. Kyosho’s Jared Tebo drove his red, white, and blue Kyosho to a commanding 6-second gap over the field, gaining a valuable advantage heading into Sunday’s 60-minute final as he goes for yet another Nitro Challenge title.

Behind Tebo, Ryan Maifield notched his best run of the week with a second place finish for the round. The Team Associated driver and former winner had been struggling all week with ill-handling cars that he traced back to the most unlikely source of issues: his transmitter. Simply switching to a different radio made the difference, and not a moment too soon – he’ll need another great run in tonight’s final qualifying round in order to improve his starting position for Sunday’s main event.

Las Vegas, Nevada’s Dylan Rodriguez once again drove his A Main Hobbies-sponsored ride to a fantastic round finish, grabbing third place points to complement the 6 points he earned in round one and solidifying his starting spot in the final.

Former World Champion Cody King, making his big race debut with REDS Racing engines, improved from the first round to move up to 7th in round two. With his father noting a learning curve with the new engines, as well as trying to figure out the best way to tackle the changing track conditions through setup changes and altering his driving style, Cody and his father Paul hope to improve yet again for the third round.

Missouri native joined teammate Renaud Savoya in the second round’s top ten, earning 9th place points and setting himself up for a chance to qualify for the main event with a strong finish in tonight’s last round. Racing in front of XRAY president Juraj Hudy, who made the trip from the Czech Republic to help the team set up the XB9 to cope with the track, Josh is excited for the rest of the weekend.