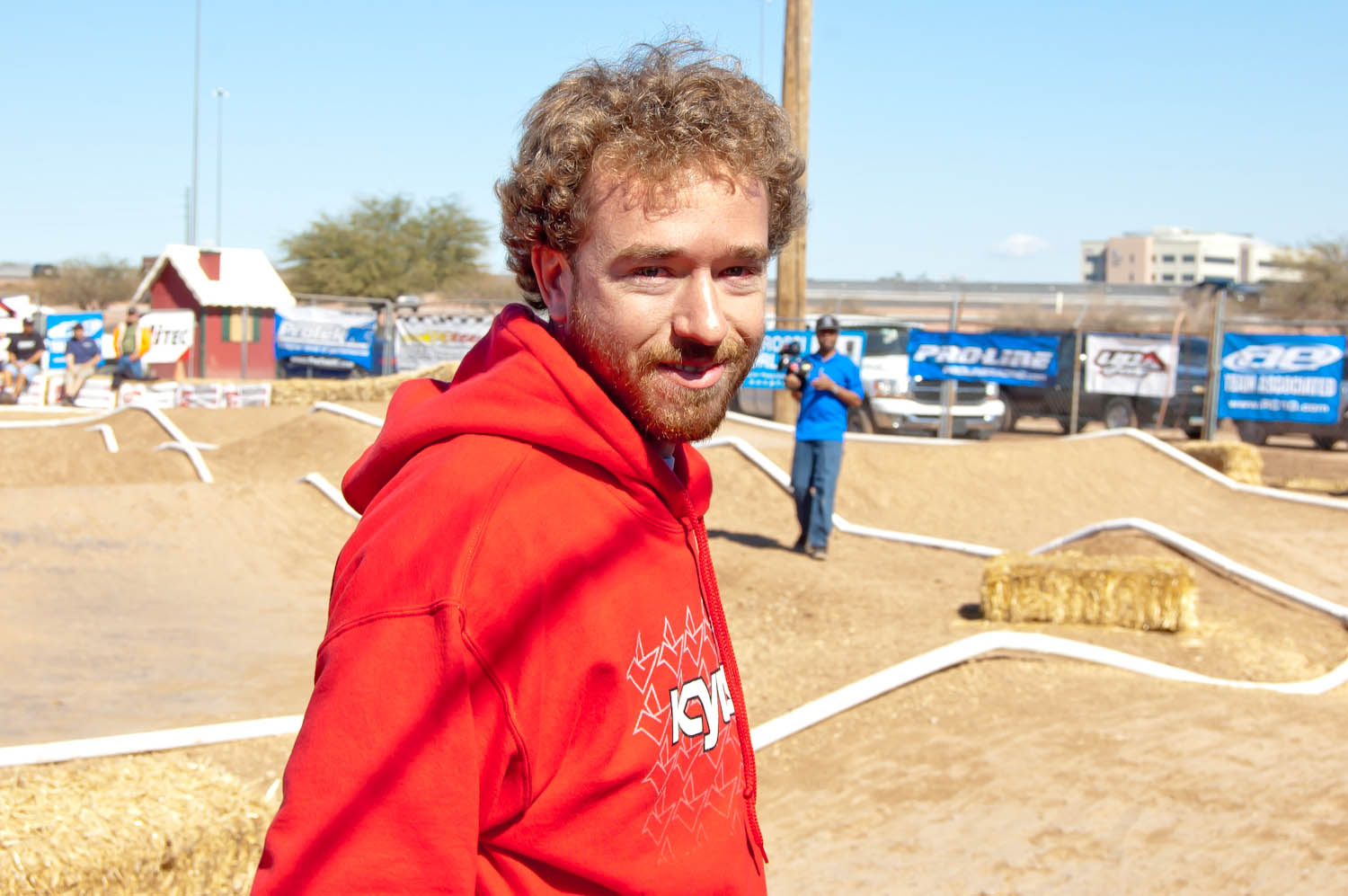 Buggy qualifying is underway at the Fear Farm, and it took just a few corners into the first heat this morning to see that the rough track surface, with edges and inconsistent spots created by Wednesday’s rain storm, wreaked much more havoc on the cars than during yesterday’s truggy qualifying.

A familiar face jumped to the top of the time sheets – multi-time Nitro Challenge champion Jared Tebo was the first driver to post a 12-lap run in Buggy competition with his Kyosho MP9 TKI3. A few heats later, his Kyosho teammate Elliot Boots joined him as the only other competitor to get by for the extra lap. Boots, and a few others, had the speed to top Tebo’s time partway through the run but were unable to finish with the pace to knock the former U.S. National Champ from the top spot.

British Kyosho pilot Elliot Boots, who TQ’d last year’s IFMAR World Championships, was just a few bobbles from beating his teammate. We had a chance to talk to him after the round to discuss the track conditions and what it’s like racing on the Americans’ home turf.

Frenchman Renaud Savoya joined Boots in the top three, leading the charge for Team XRAY and their XB9 buggy. Like many others who noted the lack of practice making a return to outdoor racing action a tough transition after the winter months, Reno mentioned his experience of living in Texas and racing on American tracks has helped this weekend. 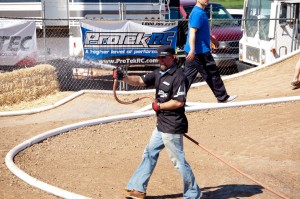 Joey Christensen laying down some dust control – hard to believe they’re watering the track after Wednesday’s rain and snow!

Tyler Vik had a great run in his first round, running in the top three of his heat all race along and grabbing a top-ten run – his first of the weekend after mechanical issues prevented him from finishing a race yesterday. Even still, Tyler was all smiles…as usual. 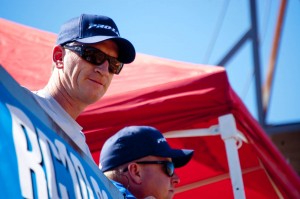 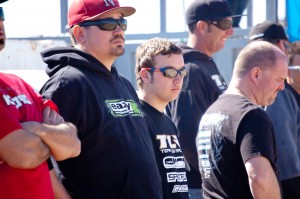 TLR’s Dakotah Phend, who was the runner-up at the 2012 ROAR Nationals, had a few mistakes in his first round but also felt the effects of being in an earlier heat – without watching other top-tier drivers it’s hard to know how hard to push for fast laps. Still, Phend set himself up well for the rest of the day by grabbing an 8th place finish for the round. 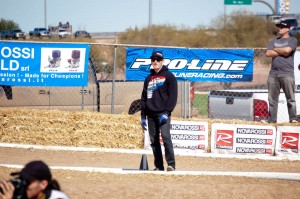 One of several drivers who flirted with a 12-lap run but came up short, former Nitro Challenge champion Ryan Cavalieri drove his Team Associated RC8.2 to a top-five in the first round. 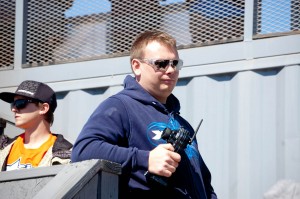 Czech XRAY driver Martin Bayer joins a strong European contingent here in Arizona that is enjoying more success than normal on a very American-style course. Bayer grabbed the final direct qualifying spot into the Pro Truck final with consistent runs yesterday, and followed that up with a tenth-place run in Friday morning’s opening buggy round. 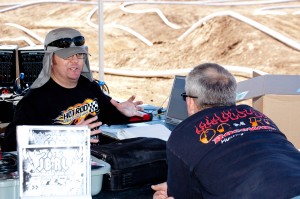