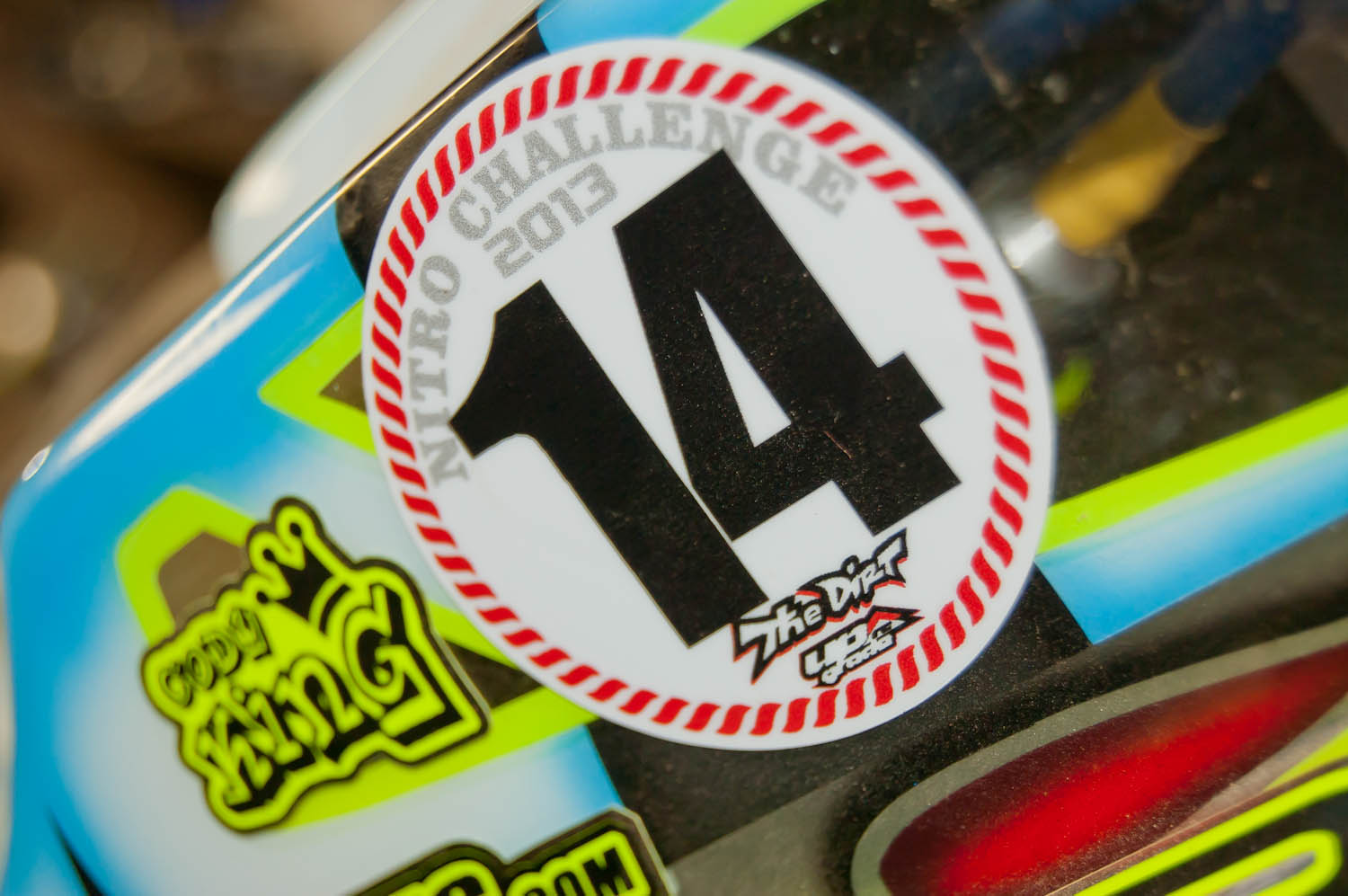 The 14th annual The Dirt Nitro Challenge got off to a strange start, with a storm bringing rain and snow (yes, snow in Arizona) to the track surface and cancelling Wednesday’s practice before the first round was completed. Rain is not at all unusual for this race, which has been plagued with strange weather over the last decade despite being held in two different states, but this is the first time that a thin white blanket has coated a Joey Christensen-designed course rather than a torrential downpour. The talk of the pits all centered around the limited track time and tricky layout; the first round of racing for Thursday’s qualifying rounds for the Truck classes served as a practice and tuning round for many despite the fact that everyone was on the clock! With three very full rounds to be completed on Thursday, the race ran past midnight with racers and pit men alike bundling up to shield themselves from the cold of the Arizona desert. 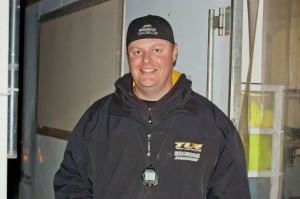 One driver who didn’t seem bothered by the lack of practice was Team Losi Racing frontman Adam Drake. A former winner of the DNC when it was located in Hemet, CA, “The Drake” stole the show on Thursday by sweeping the first two rounds of Pro Truck, finishing each 7-minute qualifier with a nearly 4-second cushion on the second fastest time of the round. He acknowledged that the track, combined with unseeded qualifying heats mixing drivers of different speeds together, made for a tricky day of qualifying. “The track is so fast, and you’re so committed for every jump, that it’s tough to react in time if someone crashes in front of you.” 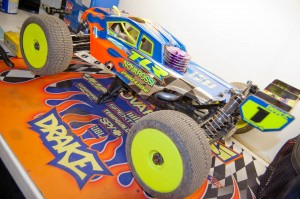 Check out the Upgrade number plates on the wing – the “Drake” logo was designed by The Dirt’s Joey Christensen!

Though this weekend marks the big race debut for TLR’s new 8IGHT 3.0 buggy platform, Adam’s Novarossi-powered 8IGHT-T 2.0 is relatively unchanged from last season save for the shocks from the new buggy. Adam battled through traffic issues in his third round after sewing up the overall TQ for Sunday’s main event, snatching an 8th place finish in last night’s final round to cement his place as the favorite for the Pro Truck title.

The main events for the Nitro Challenge are seeded with 12 drivers, alloting forr three bump-ups from the previous main to complete the field. 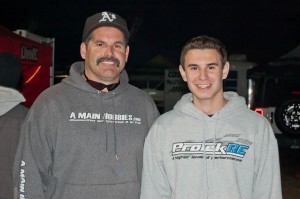 A Main Hobbies’ youngster Austin Blair laid down an incredible set of qualifying runs on Friday to grab a spot in Saturday’s Pro Truck final. With his father Steve watching from pit lane, the smiling NorCal native opened up yesterday’s first round with a 6 and showed that run was no fluke by backing it up with a 4 in round two. 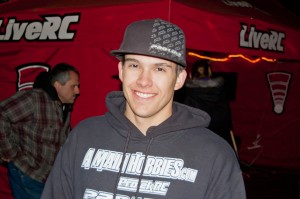 Among the drivers Joining Austin in Saturday’s final will be his A Main Hobbies teammate Dylan Rodriguez, who threw down an incredible run in the wee hours of Thursday night to grab the third round TQ. Despite a late-race crash, Rodriguez finished a full second ahead of Team Orion/AKA teammates Ryan Cavalieri and Jared Tebo, who ran in the same heat. 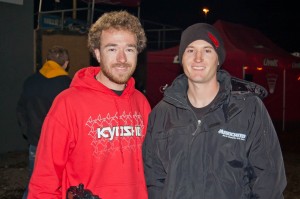 With the advantage of running in the same heat, which allowed them to pace each other, Tebo and Cavalieri finished very closely to each other in all three rounds with both netting three top-10 runs to secure starting spots in the final. 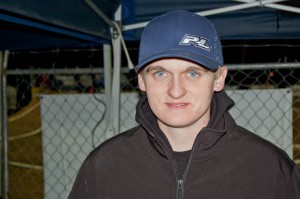 Last year’s double winner, Hot Bodies’ Ty Tessman, started his title defense in Pro Truck with a second-place run in the first round. Though he struggled (by Ty Tessman standards) in the second and third rounds, two more top-10 finishes easily earned him a spot in the final and a chance to repeat. 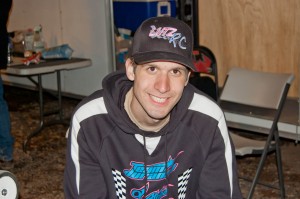 The typically quiet Ryan Lutz let his Team Durango DNX408T do the talking on Thursday, with his first two runs landing in the top three. He’ll start near the front on Saturday while looking for his first Nitro Challenge championship. 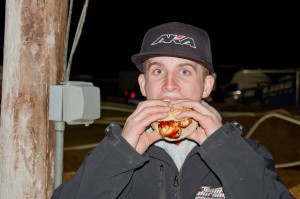 Lutz’s Team Durango teammate Carson Wernimont, fresh off his win in 2WD Open at the Reedy race of Champions a few weeks ago, took advantage of the long rounds to stuff his face full of BBQ chicken sandwich. Though he qualified for the Pro Buggy main event just one year ago, two rough rounds and a DNF on Thursday put him further down the order than he’d like.