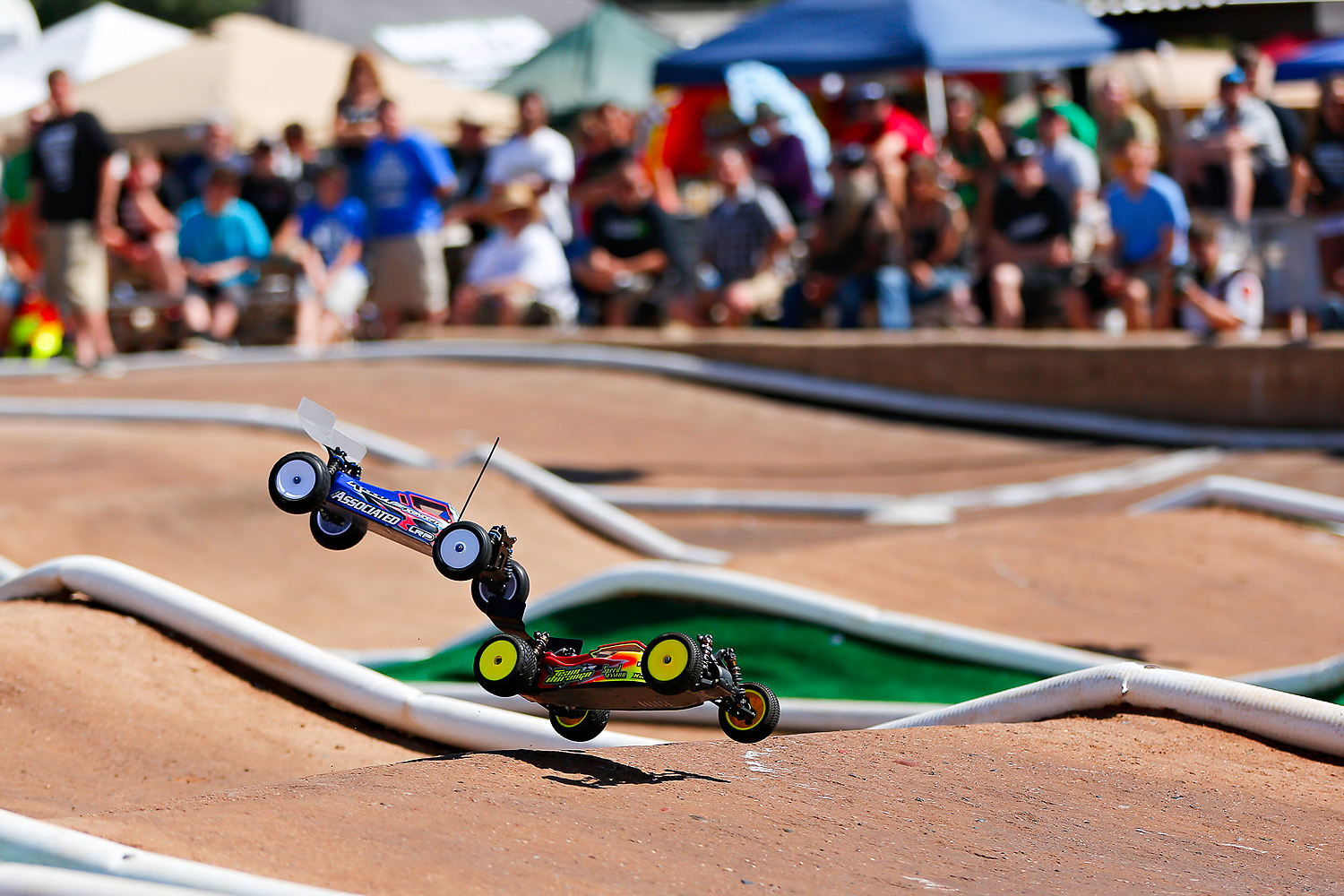 The left side of the track played the most important part in the second round of the A-Mains, with many of the competitive passes (and most costly wrecks) being set up over the uphill double leading onto the straightaway. Only three classes were decided in the second round of mains as the other first-round winners were unable to repeat and sew up the title. 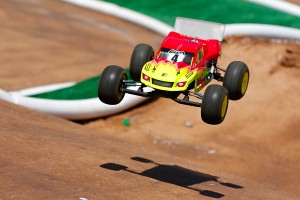 A mistake from Ryan Cavalieri on the fifth lap allowed teammate Ryan Maifield into the lead of the Stadium Truck main, a position he held for just one lap until Joern Neumann squeaked by with an inside pass; from there, the young German checked out and drove away to a near-four second victory. Behind him, Cavalieri and Maifield tangled at the halfway mark and dropped out of the top five. The two freight trained through the field, moving up one by one while Cavalieri also worked his way past his teammate. Once the two reached Jared Tebo, only Cavalieri was able to make it by – Neumann’s win forced a third main to decide the overall champion. 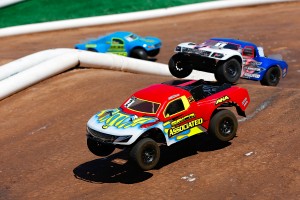 The two-truck battle between teammates at the front of the Modified 2WD Short Course Truck field was decided by the triple; though the slight breeze was welcomed by spectators it wreaked havoc on the closed-fendered trucks. Maifield led the first five laps before blowing over on the triple, but regained the lead on the following lap with an inside pass coming onto the straightaway. He led all the way until the final lap, when another crash over the triple gave the lead back to Cavalieri, who landed the triple and didn’t make a mistake in the final half lap. The duo were six seconds clear of the battle for third, which Ryan Lutz won after Dustin Evans crashed with just a couple of laps to go. 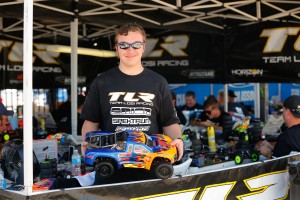 Dakotah Phend patiently stalked teammate Billy Fischer before out-braking him through the right-side sweeper, and that was all she wrote for the 4WD Short Course class; Phend finished three seconds clear of Fischer to secure the first championship of the weekend. What was a four-way battle between Team Durango teammates dwindled to three after Hupo Honigl’s mistakes around the halfway mark, and Joern Neumann got by Travis Amezcua with two laps to go to round out the top three. 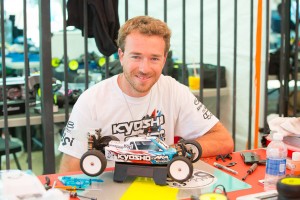 Naoto Matsukura looked poised to take advantage of his first spot on the grid, pulling away from the field and leading for the first three and a half minutes. Two small bobbles let Jared Tebo get close, and a third mistake while landing the triple let the A1 winner by on the inside with Ryan Maifield right behind. The three bunched up right by the finish line 180 without crashing to the delight of the crowd. Another crash over the triple by Matsukura allowed Maifield into second, and he hunted down Tebo in the last two laps to set up a drag race to the finish line – that Tebo won by less than a half second to sew up the Modified 2WD Buggy championship. 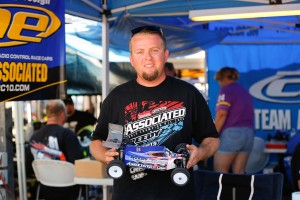 The local favorite wrapped up the 4WD title in perhaps the most spectacular fashion possible, with a thrilling come-from-behind win. Starting from the third spot, he got by Neumann and lap three and set his sights on TQ Ryan Cavalieri but wrecked a few laps later and dropped back to third. Maifield passed Neumann again on lap 12, crashed over the triple a bit later and re-passed him coming onto the straightaway. Maifield set the fastest lap of the race while trying to track down Cavalieri, but was running out of time; with less than two laps to go, Cavalieri caught the pipe heading down the short chute and flipped over, letting Maifield and Neumann by. Maifield crossed the finish line about 1.7 seconds ahead of Neumann, with Cavalieri in tow, to wrap up the title with one race to go. 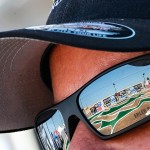 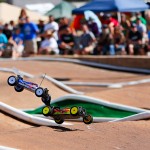 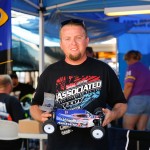 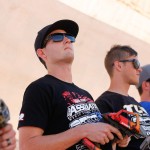 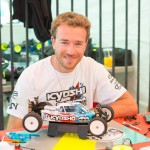 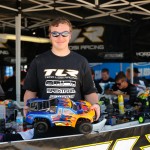 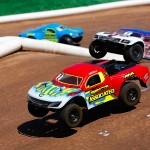 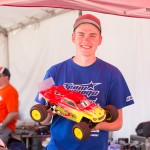 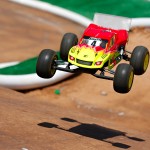 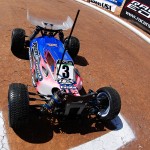 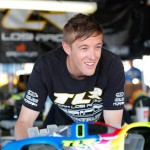 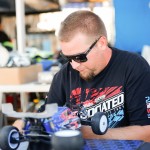 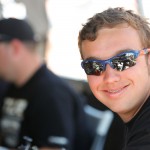 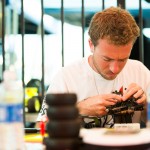