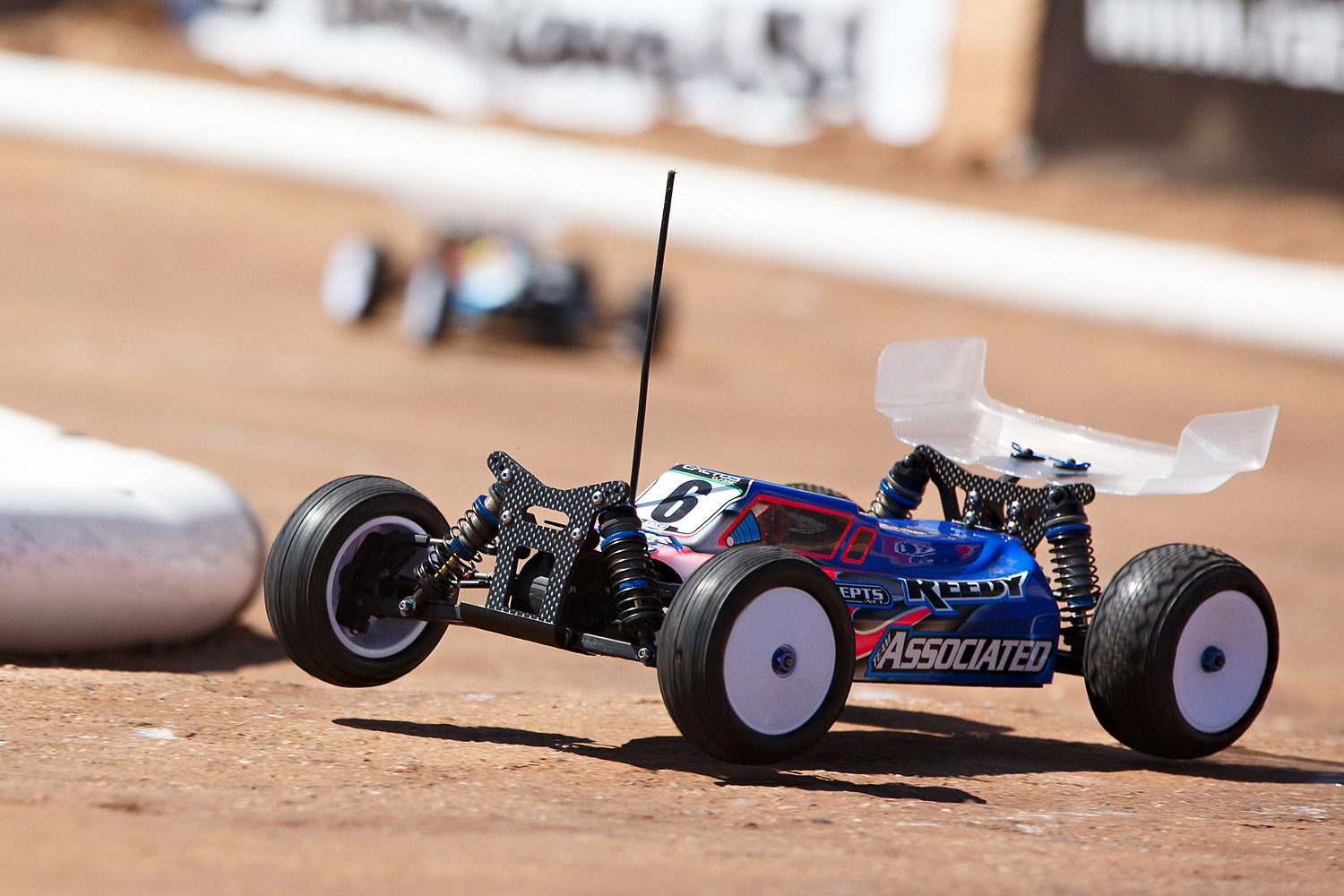 More water and more sugar on the track meant more traction and big shake-ups toward the top of the Modified classes in round three. The rounds were resorted again after yesterday and with many fast names in the “B heat” and lower, there were a few drivers starting to get worried about running out of time this weekend to put in the two good runs necessary to make the main event. Though the track has been very consistent, the weather seems to be playing a part in what car/tire/driver combinations work well, as many of the racers who did well in the first round yesterday repeated that performance in the heat of the day today. 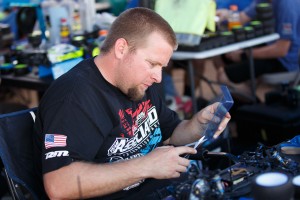 Ryan Maifield worked his way back from a slow start to take the third round TQ in Modified Truck, stopping teammate Ryan Cavalieri’s streak at two after a clean sweep of the class yesterday. Team Durango’s Joern Neumann, who hadn’t raced Stadium Truck before this weekend, also beat Cavalieri after the top three swapped positions at the top of the time charts for most of the five-minute qualifier; two slow laps for Cavalieri (laps 9 and 13) dropped him from the lead to third. Just nine seconds separated the top six trucks, and with Jared Tebo and Mike Truhe both suffering DNFs in round three it opened up the chance for a few new names to grab some valuable points. 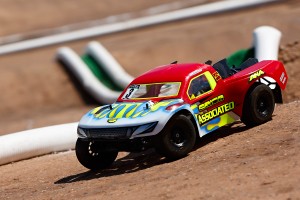 Ryan Cavalieri and Ryan Maifield again battled with a Team Durango truck in the third round of Modified 2WD Short Course, this time with second round TQ Ryan Lutz. Lutz’ truck came alive after five laps of running in the third spot, after which he rocketed to the lead and looked poised to win the round, but four of his last six laps were just slow enough to hand the lead to Cavalieri as the laps wound down as the two were the only drivers to make it by for a 14 lap run. Maifield, who had the fastest run yesterday, had two bad laps toward the end of teh race to make it a two-truck battle for the TQ, which Cavalieri won by just seven tenths of a second. 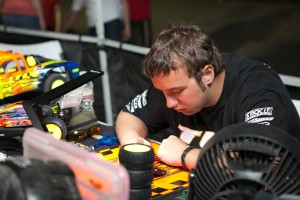 The third round of Modified 4WD Short Course saw the class’s third TQ of the weekend, with former class National Champion Dakotah Phend outlasting and outrunning the competition. Though he finished just 1.1 seconds ahead of last night’s TQ, Ryan Lutz, the two never swapped positions and ran first and second for the entire five minutes; in fact, the “A heat” saw no position changes at all for the last 8 laps of the 14-lap run. Behind Lutz were his four Team Durango teammates who were all DQ’d from the first round, showing that the DESC410R is certainly on pace with the TLR TEN-SCTE 2.0 in what will certainly be a battle between the two manufacturers. First round TQ Billy Fischer had an electronics issue after just one lap, with his truck rolling to a stop in the infield. 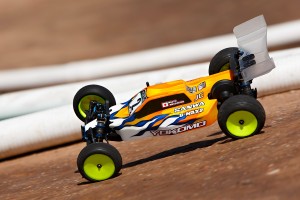 Just as he did in round two, Naoto Matsukura drove his Yokomo BMax2 to the top spot in 2WD Modified in dominating fashion. He recovered from a slow first lap, climbed from 5th to the lead just two laps later and scurried off to a three second victory over first round TQ Jared Tebo. Ryan Cavalieri dropped as low as 5th before regaining the 3rd spot with a couple of laps to go, dropping Dustin Evans one more spot as he slipped from 2nd to 4th in the last four laps. Lee Martin rounded out the top five with his Tamiya TRF201 morphed to mid-motor with the Vega conversion kit, making it five different manufacturers in the top five and with the Team Durango buggies of Travis Amezcua and Ryan Lutz finishing 8th and 10th, that’s six different kits in the top ten! 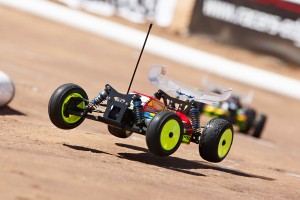 Ryan Cavalieri started off strong in 4WD Modified before a mistake dropped him to third behind Dakotah Phend and Travis Amezcua, who started his downward to fall to 8th after that and only made it back to 6th by the end; meanwhile, Ryan Maifield was outside the top five for the first two laps and pushing hard – it took him just four more circuits around the track to join Cavalieri and Phend in the battle for the round win. Cavalieri pulled away around the 3:40 mark and Maifield nipped Phend on the final lap to make it a Team Associated 1-2.

The overall points standings were not available after three rounds as of this writing, but they’ll be posted as soon as possible. Just one round left to go here in Scottsdale!