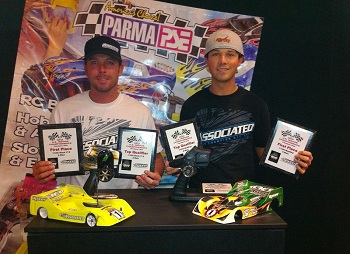 The U.S. Indoor Championships is one of the longest-running and most prestigious events on the on-road racing circuit. Traditionally held over Thanksgiving weekend in the suburbs of Cleveland, Ohio, the 2012 running was shortened to three days, which allowed participants to spend Thanksgiving Day with their families. Practice was scheduled for Friday with three rounds of qualifying on Saturday, followed by the final round of qualifying and the main events on Sunday.

A change in venue was also in order. The Holiday Inn still hosted the racers but the Independence location was replaced by the airport’s close and conveniently located Strongsville location, which has previously hosted the R.O.A.R. Carpet Nationals and the Halloween Classic. The new venue was welcomed by the racers thanks to ample pit spaces located trackside.

Reedy factory driver Keven Hébert has been the man to beat lately and he continued his domination of the class with a qualifying run 14 seconds faster than the second place driver. The main event saw Keven drive his 12R5.2 away from the field early and cross the finish line first with a two-lap advantage over second place. A Reedy 6800mAh LiPo battery powered Keven to victory in a class which relies heavily on battery performance.

Paul Ciccarello and Walt Henderson took advantage of their Reedy Sonic motors and Reedy LiPo batteries to go 1-2 in qualifying. Taking advantage of their starting positions, the pair finished in the exact same order as they qualified in the highly competitive class. Joe Trandell claimed the final podium position with his Reedy LiPo-powered 12R5.2.

From his TQ position, Joe Trandell and his Reedy LiPo-powered 12R5.2 built up an early lead and maintained the gap to cross the finish line a few seconds ahead of the second-place driver.

Congratulations to all the participants and special thanks to the race organizers for another successful Indoor Champs. 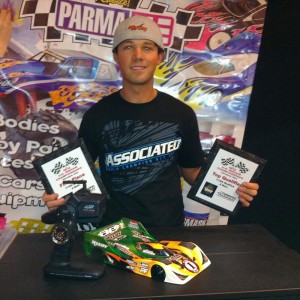 If you like this article, check out this additional article on Reedy.