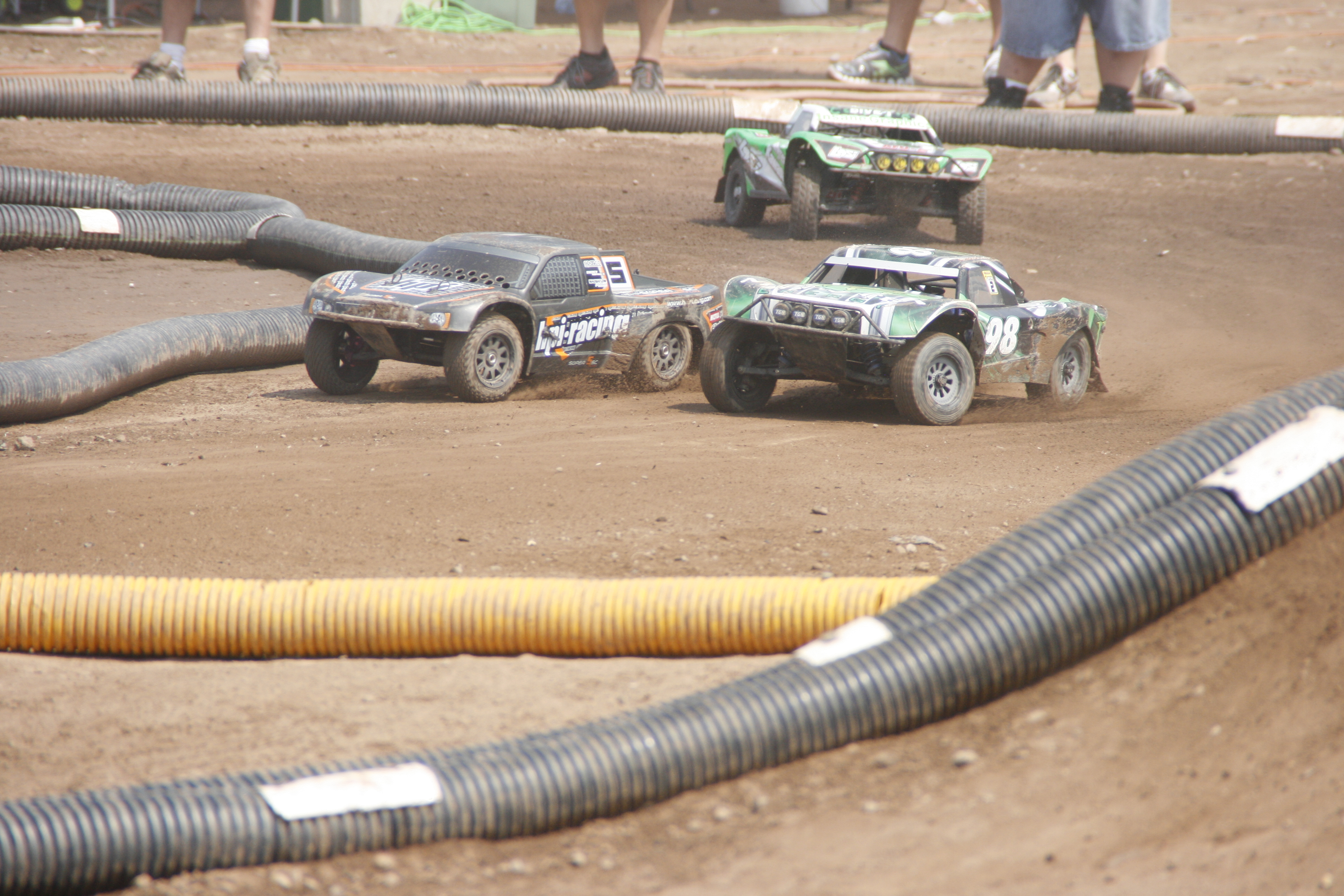 Only one word truly captures today. HOT! This race is notorious for getting rained on, washed out and last year was even cut short by a hurricane so when I woke up this morning to gray skies I was a little worried to say the least. With over 300 entries, the drivers meeting and concours were held not so bright but very early at 8am under weather conditions that could only be described as pea soup, cloudy and about 3000% humidity. Round one went off quickly there after the sun began to peek through by the end of the round. As the temperature went up so did the action on both of the tracks; a large 1/8 size track with massive doubles, a high-speed banked turn, and a plenty of off camber mounded corners to keep you on your toes used for the Open, Nitro and 1/5 classes while a more smaller and more Stock friendly course with rolling jumps and tight corner on the opposite side of the drivers stand was used for Stock Truck, Buggy and Slash Spec.

Racing was great all day, even for this Short Course Nats newcomer (I actually didn’t do so well but honestly, I’ve never had more fun going so slow) and everyone had a great time. Trucks are getting faster and faster every run and tomorrow promises to be a great day of racing if the weather holds out. Could we be looking at breaking the weather streak finally? Only time will tell; rain is in the forecast for later tomorrow afternoon but RC Madness owner and race director Chris Marcy is hopeful that we’ll be handing out trophies before the rain comes.

There’s lots to see too. I spotted an ANZA Slash conversion, the new X Factory SC was there and the guys from X Factory were also doing their best to try and hide the prototype X7 4wd buggy they had stashed away in their pits (more to come hopefully as I persist with my negotiating skills of “PLEEEEEAAAASSSEE!!!!”). Pro-Line’s Gerardo Gonzalez is also on hand with their brand new Pro-2 Performance chassis conversion for the Slash. I managed to snag a second one of these babies to run for the weekend and believe me… my performance is definitely all user error; this truck is awesome! Losi and Horizon Hobbies are on hand with a couple drivers as well as the infamous Gary Katzer to race and lend advice to everyone too!

If you’ve never been to the Short Course Nationals before you really need to add it to your bucket list. While a few manufacturers have drivers there, the lack of “factory” names like Tebo, and Cavalieri, etc make this race what I like to consider “The People’s Race”. There’s no where else you’re going to see 300+ people run one type of vehicle of all shapes sizes and makes and every single one of them with a huge smile on their face. Here’s a gallery of some of the action on and off the track. Stay tuned for more tomorrow! 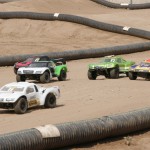 No matter which class you ran, competition on the track was fierce. 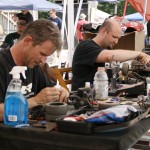 Horizon’s Gary Katzer not only helped people with questions and called a few races but was dialed in Stock Buggy and Truck too! 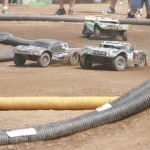 1/5 action on the track was stunningly realistic looking! 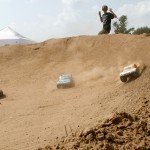 The big track’s high-speed banked turn made for some awesome shots, dirt trails and all. 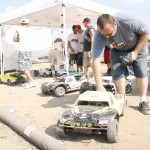 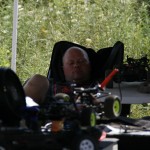 The heat was downright oppressive today. Some stayed cool by hosing down the track while others did whatever they could to get out of the sun and humidity