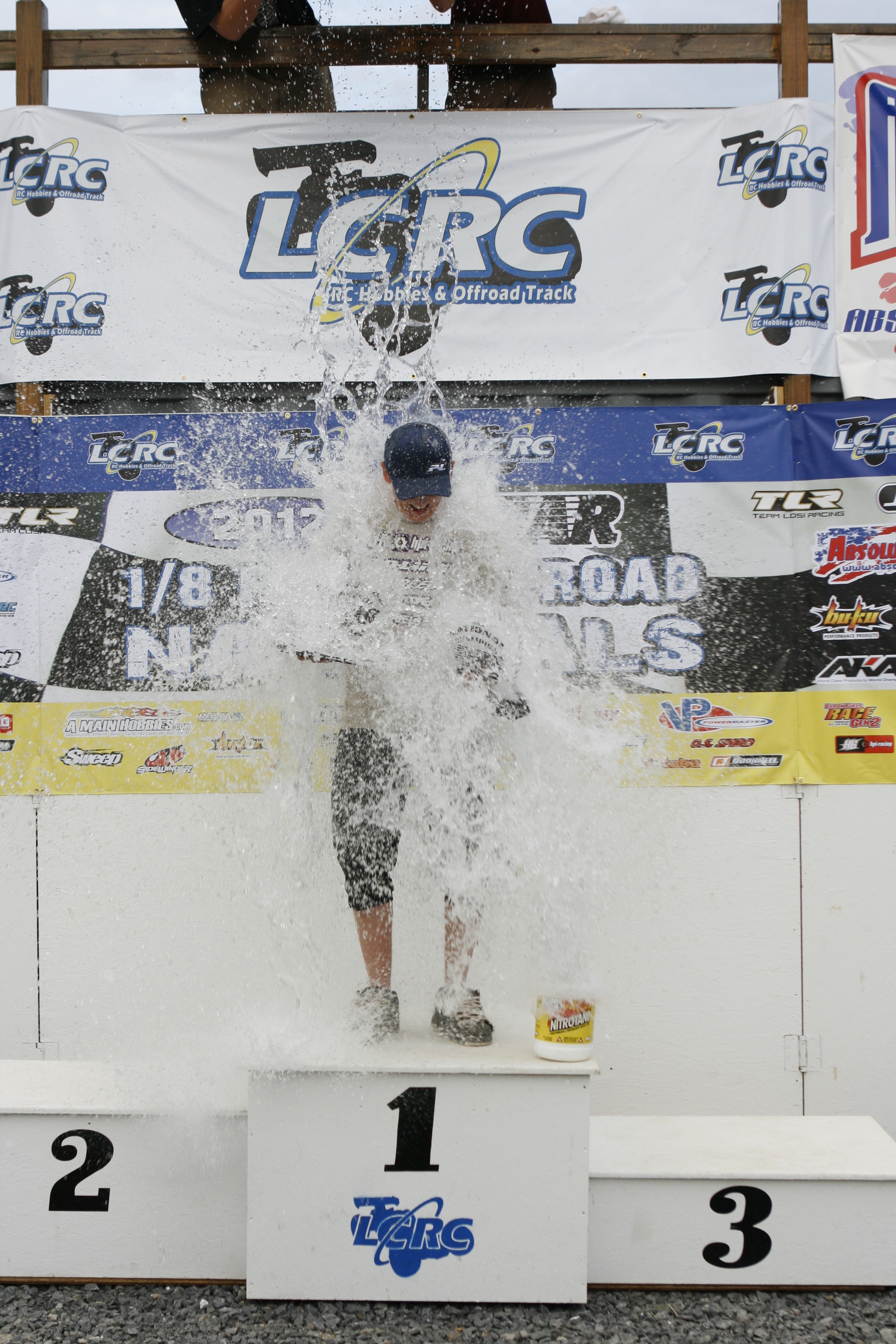 With so many racers on different plans for the main, the Buggy class was really up for grabs. The semi races were run very conservatively and it seemed as though no one was really showing their hand just yet. On the start TQ Ryan Cavalieri got off to a clean start leading the field out of the Talladega turn and around the off camber pitchers mound turn with Ty Tessmann and Dakota Phend. The clean start allowed the field to spread out and settle in for the one hour race. Cavalieri hit trouble and needed to be marshaled a few minutes into the race however handing the lead to Jeremy Maifield. As the few rounds of pit stops cycled through and a lot racers came in and out for their 2nd stop for fuel, TLR driver Adam Drake finally came in for his first stop running a staggering 17 laps before needing to refuel, his plan was obviously to short pit the race. After the first round of pits, Truggy winner Ty Tessmann took the lead with Dakota Phend and Maifleid behind him. Cavalieri was down but not out and was fighting his way up through the field laying down some of the fastest laps of the entire race. The lead was exchanged between he young gun drivers with Maifield fighting off the advancing Cavalieri at the halfway mark when Maifield found himself broken with a drivetrain failure handing the 3rd spot over to Cavalieri with Kyosho’s Jared Tebo in 4th, the last car on the lead lap. As the battle for 3rd raged on behind them for the next 10 minutes, Tessmann and Phend contented to press on alone with Phend out front and Tessmann, who had been pressing hard to catch him, was pulling up on his bumper. As the final segment of the race began to play out, Tessmann’s father and pit man Gord Tessmann called him in early to pit getting him out and holding on to the 2 spot. With just under 9 minutes to go, Cavalieri became the second victim of a failure as he pulled into the pits and walked off the stand with a broken car moving current World Champion Cody King up to 4th one lap down to the leaders. Phend pit for his final stop and got out with Tessmann right behind him. The two would battle more fiercely than the crowd had seen all weekend with the young racers taking the lead away only to tumble over giving it back and fourth for the final 3 laps. With the crowd screaming, Tessmann and Phend ran the last lap wheel to wheel crashing as each driver pushed harder and harder to gain an edge on the other. Phend would flip over, then Tessmann, then Phend again until the two were heading over the Double double and into the final turn where Phend, on the outside line slide out allowing Tessmann off the corner first and across the line for the win! What an amazing race and great showing for Pro-Line Racing debuting their new tire we showed you yesterday as well as the Tessmann family and Hotbodies race team. Congrats to Ty Tessmann your new 1/8 Buggy AND Truggy Champion! 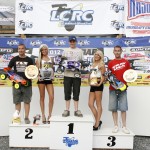 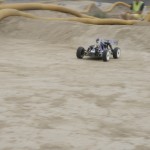 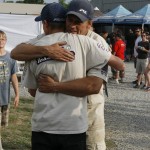 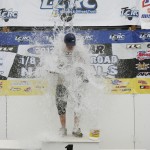