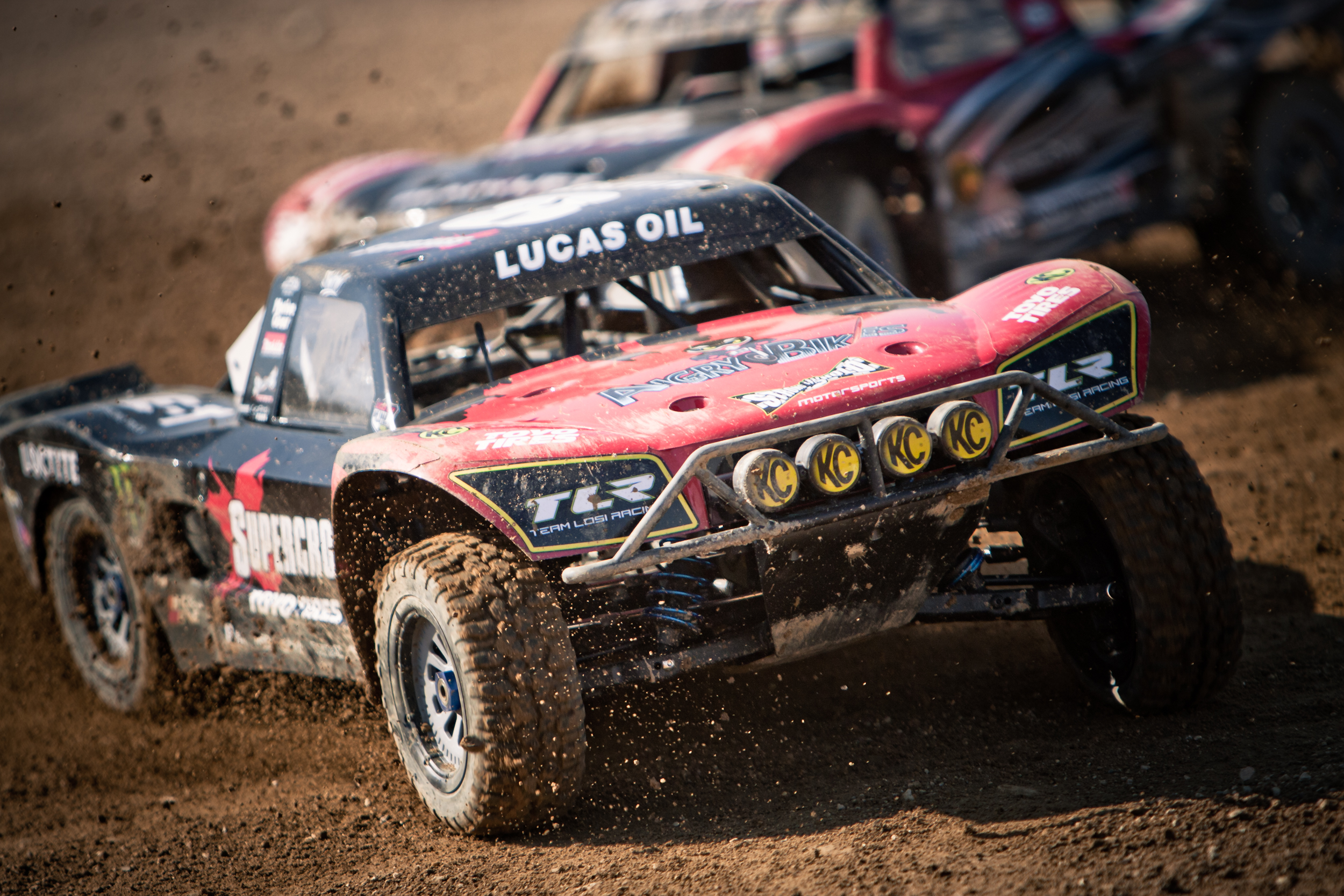 RC Car Action contributing photographer Sean Earnest attended rounds 9 and 10 of the 2012 Lucas Oil Off Road Racing Series held at Glen Helen Raceway in San Bernadino, CA, where drivers sponsored by Team Losi Racing, Team Associated, and Traxxas competed in their respective divisions. One of the most famous off-road racing facilities in the country for both full-size off-road trucks as well as professional motocross, Glen Helen’s spot on the LOORRS schedule marks the only race held under the lights and is the most popular stop on the series’ schedule. Team Associated, which is the official RC car sponsor of the Lucas Oil Racing Series, and TLR held RC demos and helped promote RC to all of the racing fans on hand.