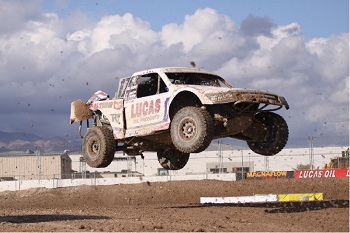 The Lucas Oil Off Road Racing Series (LOORRS) revs up this weekend in Arizona. Check out the press release below for all the details:

That’s right, race fans, the greatest show on dirt returns! The Lucas Oil Off Road Racing Series (LOORRS) will be back in action this weekend as the 2012 season kicks off at the Firebird Raceway in Phoenix, Arizona! From what we can tell already, the 2012 LOORRS season promises to be a hotly contested battle of will and skill to grab as many championship points as possible to win the 15-race series.

All of the stars of short course racing will be there with their new rides that they’ve been working on over the off season. Keep an eye out for the Team Associated/RC10.COM drivers, as we have a stacked team and they’re hungry to win!

If you’re one of the lucky ones to attend the race this weekend, be sure to stop by the Team Associated booth to check out the R/C demos and all the trucks on display. You might even get to see some of the LOORRS pro racers putting in some hot laps with their SC10s and signing autographs! Team Associated is proud to be the “Official R/C Car of the Lucas Oil Off Road Racing Series” for 2012. This is our fourth year in supporting LOORRS, and needless to say, we are very stoked about it!

If you are not in the Phoenix area or unable to make it out to the race this weekend, don’t worry, you can watch the LOORRS on a TV near you! For more information on the Lucas Oil Off Road Race Series, including a full race event and TV schedule, click on the link below – and we’ll seeing you at the races! 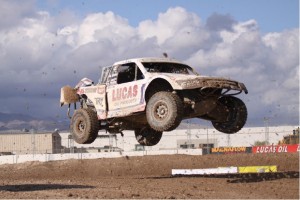