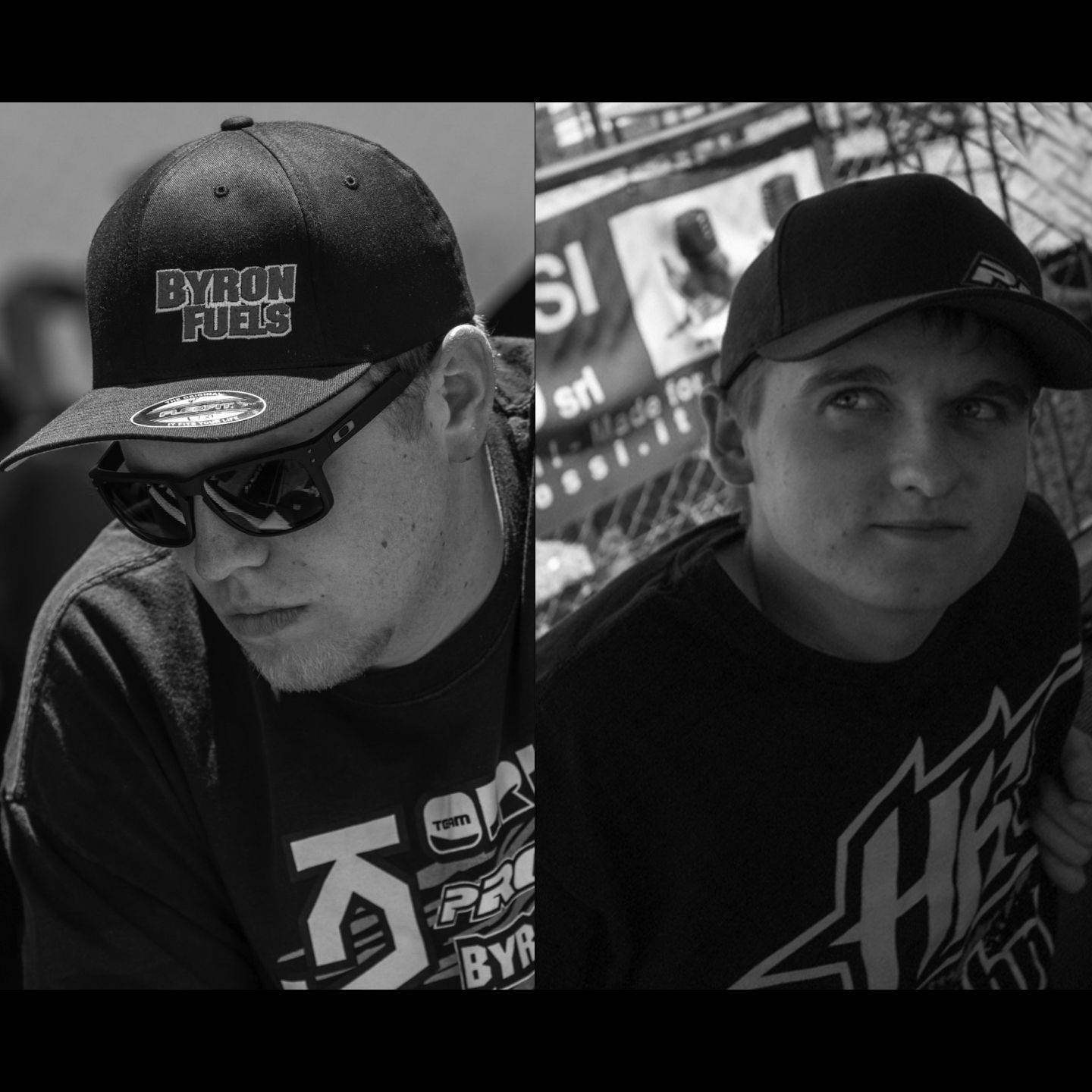 Semi-Final Odd
The star of the week thus far has been Elliott Boots, qualifying in the top spot with his Kyosho MP9. While Boots appeared to be the Cinderella story of the week, it was a short race as he fell back off the line allowing Ty Tessman of the USA to take the top spot and never look back leading wire to wire in the semi-final odd race. Boots fought mid pack on lap one but tangled with Pettit sending the championship hopeful to the back of the field. As Tessman proceeded to run away from the pack, it was more trouble for Boots as he went off track over the double double losing his steering and ending his shot at a spot in the Final. Behind Tessman, Adam Drake was climbing up through the field on his amazing fuel milage, running a 2 pit stop program while everyone else was forced to take 3 stops. Further back in the field, Ryan Cavalieri flamed out at the 16 minute mark ending his chances at making the Final. At 17 min. and 13 min. to go, the field began to cycle through the 2nd round of pit stops allowing Drake to take 4th. With just 10 minutes to go, however, disaster would strike for Drake as he ran out of fuel and fell to 8th where he would finish the race. Tessman’s domination would continue as he pulled farther and farther away from 2nd place Ryan Maifield’s Associated RC8.2. The battle on the track at this point was for the ever important 7th spot between Davide Tortorici, Taylor Petersen and Barry Pettit. As the three duked it out it would be Tortorici pressing into 6th to hand on for a possible entry into the Final on time. At the line it was Tessman followed by Maifield, Yannick Aigoin, David Ronnefalk and Taylor Petersen with Tortorici hoping his 37 laps in 30:16.320 would be a solid enough time to put him in contention for the championship race.

Semi-Final Even
Off the line of the All-Star lineup even semi, Spanish National Champion Robert Batlle and Jared Tebo would get away to a clean start and hold their positions. Behind the leaders, defending champion Cody King, who bumped all the way up starting from the 1/8 finals, battled with Lee Martin for the fifth and final spot. As King pulled a little further ahead of Martin, Phend pulled up to pass Lee as well putting him back to sixth and out of the the qualifying spots for the final. At the halfway mark championship hopeful and 2nd position qualifier Jared Tebo flamed out from the 2nd spot pulling Martin back into the top 5 and ending his shot at the title. A minute later Phend got by King for 3rd and would hold on to the spot to the wire. Back up from Batlle was still in the lead with 2010 championship runner up Atsushi Hara closing in, pulling to just 1 second behind him. Behind Batlle, Hara and Phend, King tumbled letting Martin get by as the marshall put him down. The two would battle for the following to laps with under 5 minutes left on the clock until King got back by with Ryan Lutz pressing hard to catch the pair. As this battle raged behind him, Batlle was forced to take his final pit stop allowing Hara to snatch the lead up. In the final minute, a hard charging Batlle managed to take the lead back from Hara. At the line it was Batlle, Hara and Phend with King holding off Martin for the top five. Lutz looked to have the last spot in the final in the bag on time until he tumbled allowing Josh Wheeler to squeak by for 6th. With the final standings and times being tallied, the starting order for the final race will be Ty Tessman TQ’ing sharing the front row with Batlle. Behind them, Hara and Phend line up 3rd and 4th then it’s Ryan Maifield and Cody King on row three. Row four will be Martin and  Yannick Aigoin with Josh Wheeler and David Ronnefalk behind them followed by Ryan Lutz, despite his last minute bobble, holding on to push Ronnefalk, Petersen and Tororici out of contention for the title. And closing out the field is Taylor Petersen for his first time in a Worlds Final.

After the Semi, the 35 and over race ran while team prepared for the Final. “I’m not going down without a fight” remarked defending champion Cody King on his bumping up from the 1/8 race and his thoughts on his chances in the Final. The race of the year is getting ready to kick of in less than a half hour and the tension in the pits mounts as teams prepare strategies and buggies for what could be the race of a lifetime for many. Could it be Tessman’s time? After winning 3 national championships this year and running away with the TQ spot that seemed to belong to Elliott Boots, he’s hopeful to hoist the trophy high above his head. Could the be Team Associated’s year with Ryan Maifield behind the wheel? Can Cody King hold off the field to be the first repeat champion in 1/8 nitro or could this be Aigoin’s year to redeam his upsetting DQ from 2004? We could possibly have a complete upset with Wheeler, Lutz or Martin this year or even see Hara sit atop the podium after a string of 2nd place finishes in the last two years. All these questions and much more will be answer in their entirety but sunset today. Stay tuned!