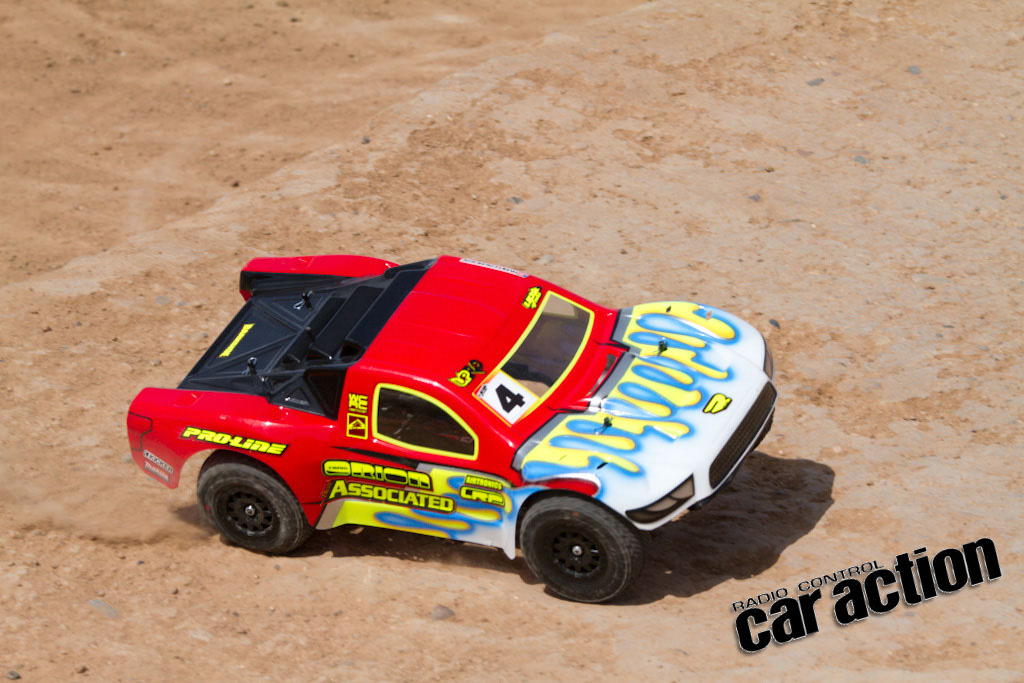 Qualifying for the 26th Annual Cactus Classic wrapped up tonight with another long day of spectacular racing. The track had some minor maintenance overnight and has held up quite well. Surface conditions are still grooving up more and traction is picking up as well.

After 3 rounds of qualifying, Team Associated’s Ryan Cavalieri was on top of the qual-points sheet in 2wd mod, 4wd mod, and racing truck. It looked to be Cavalieri’s day after some solid runs in Q3. The TQ bar in 2wd mod buggy was set high by Jared Tebo from the “B” heat. The “A” heat came extremely close with Cavalieri and Evans on pace going into the last lap but Jared’s blistering 13 lap run held up in Q4 and gave him the overall TQ in the mod buggy class by just a second. The grid for the triple A-mains will start with Tebo on the pole, followed by Cavalieri and TLR’s Dustin Evans.

Mod Racing truck has been a battle between teammates Ryan Maifield and defending champion in the class, Ryan Cavalieri. Even Maifield’s home track advantage was not enough to hold off the consistent driving of Cavalieri in racing truck. Q4 went to Cavalieri in a narrow 2-second victory over TLR’s Dakotah Phend followed by Ryan Maifield.

2wd SC Q3 went to Ryan Maifield in his dominate fashion of the class out here at SRS. Kyosho’s Jared Tebo had a fantastic run in Q4 to take the TQ but it was still not enough to top Maifield for the overall TQ. The triple A-main grid will start with the SC-10 of Maifield on pole followed by the RB-5SC of Tebo and Dustin Evans driving his TLR truck.

TLR’s young gun, Dakotah Phend is always stellar in 4wd short course. His TLR TEN-SCTE has been flying around the track all week. He put an exclamation point on the overall TQ with TQ’ing rounds 3 and 4! The Durango of Ryan Lutz is always entertaining to watch with his full throttle driving style. Ryan finished up 2nd in Q4 securing himself the second position on the grid in the the mains. Phend’s teammate, Mike Truhe was able to sneak up to 3rd in Q4 securing the 3rd postion on the grid in the triple A-mains.

I say it often, but one of the most spectacular things to see in racing is Ryan Maifield wheeling his B44.1 buggy around the track. The high grip and HUGE jumps on the track here make it for even better viewing. Maifield made a few mistake in Q3 having to settle for a 4th place finish but totally redeemed himself in Q4. Not only did he TQ but he was 1-second from a 14 lap run which no one has came even close to in any class. His 4th round win would secure the pole position for the defending champ of 4wd mod buggy. Teammate Ryan Cavalieri had a great run in Q3 finishing in top for the round. Cavalieri will be starting second on the grid. All the way from across the pond, Tamiya’s Lee Martin was able to keep pace and put himself 3rd on the grid for the mains.

Sunday will be mains day and the format will be triple A-mains for all of the mod classes and extended mains for the stock and super stock classes which will also have bump ups.