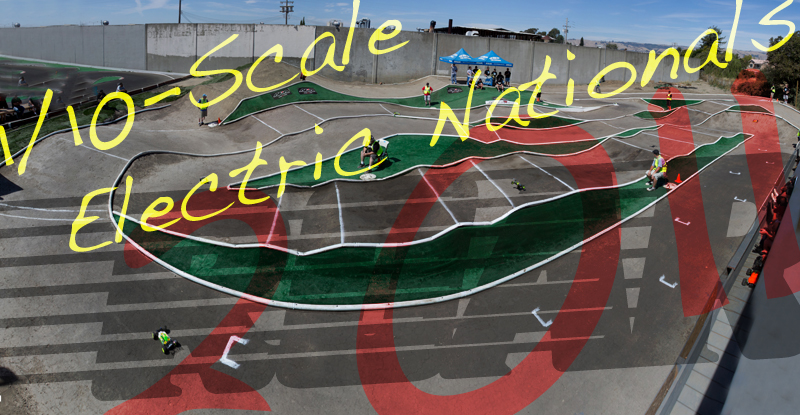 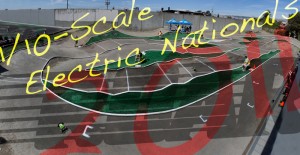 Yup, that’s right, the ROAR Electric Off-Road National are upon us once again. This year they’re being held up in Northern California at NorCal Hobbies in Union City, Ca. First impression, the hobby shop and facility are quite impressive. The shop is large enough for all your hobby shop supplies and the entire racing field to pit out of. A few drivers and teams have decided to go against the grain and pit outside simply for the fresh air that’s constantly blows through the pits. Out back you’ll find not only an electric off-road track but also a 1/8 nitro off-road track and a asphalt on-road track thats built for both nitro and electric. Back to the important business… Racing! The track looks to be quite challenging with just a single straight away that feeds the driver into numerous doubles, triples, and even a vicious quad that leads immediately into a 180deg berm that leads directly back onto the main straightaway. Oh yeah, there’s a pretty cool step down as well. 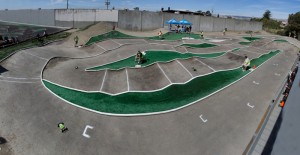 Check back for more updates through out the day tomorrow as well as photos and videos. One item that I’m very interesting in reporting on, the new TLR 22T. I’ll have a video up tomorrow interviewing the man behind the project, Dyno Dan. 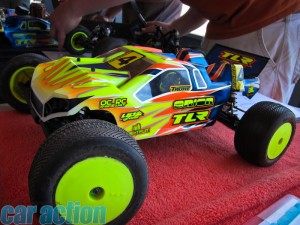 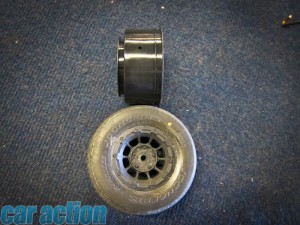 J-Concepts new SC wheel features the 12mm hex interface, retro 70’s influence for a 70’s Dodge Charger wheel, as well as a whopping 6mm extended offset from the standard offset. That extra offset gives your SC truck a wider stance which in return enables greater stability. Look for these new wheels to hit hobby shops by the end of this month.

– Team Assocaited’s Ryan Maifield in Mod SC. When Maifield is on, there’s not many that hold a chance on keeping up to par with him when he’s “On”. 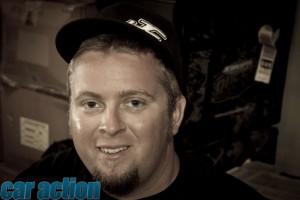 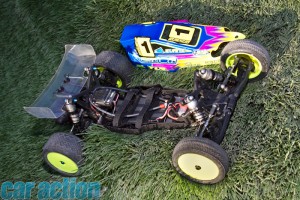 – Kyosho’s Jared Tebo in Mod 4wd. With family in tow this weekend, Jared certainly wanted to put on a show. He nearly snatched the 2wd away from Evan’s, but it just wasn’t enough. 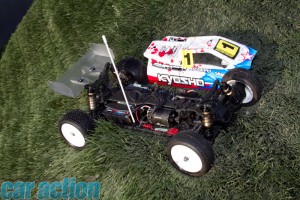 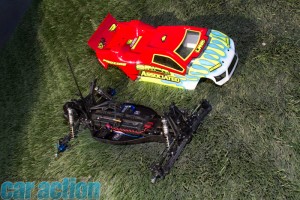 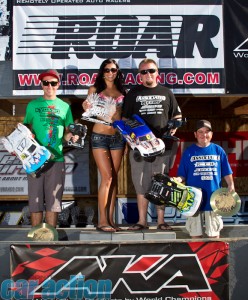 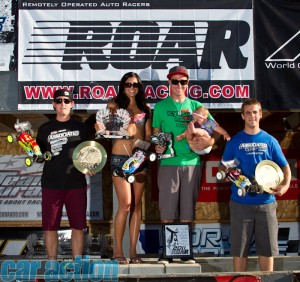 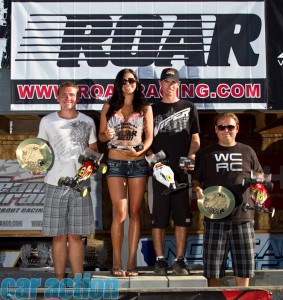 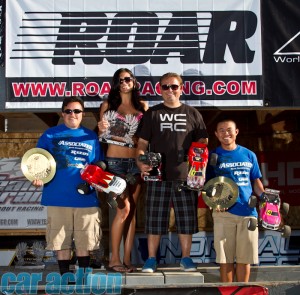 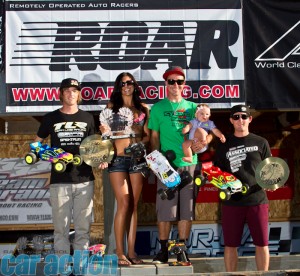 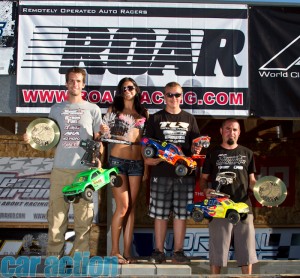 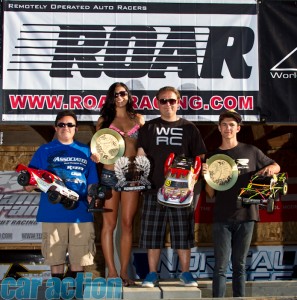 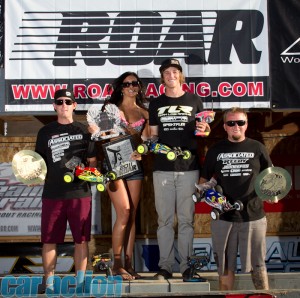 2011 has been a tremendous year for Dustin Evans and the TLR 22 buggy. Dustin not only won the Reedy Off-Road race, top ten finalist at the IFMAR Worlds in Vaasa Finland, and now TQ’d and won the 2011 ROAR Nationals. I wonder what’s in the water at “Chateau de le Truhe” down in SoCal? Not a bad season thus far and to think, we’ve got another four months to go till the season is over. The more notable accomplishments for this weekend, was Dustin TQ’ing the 2wd mod class before all four rounds were over and won the first two of the three main events to clinch his national title.  What ever he’s doing, keep doing it. 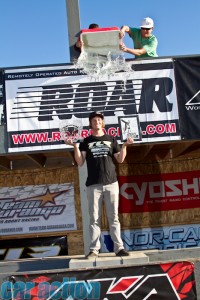 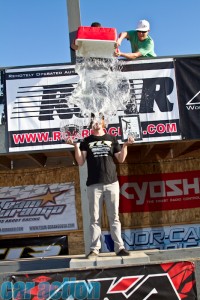 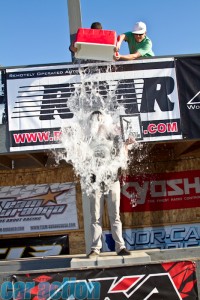 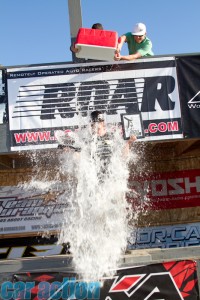 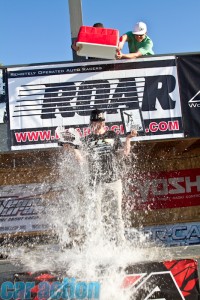 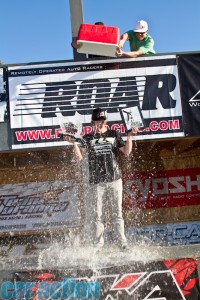