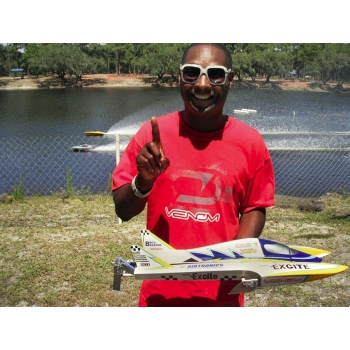 The 2011 NAMBA Fast Electric Nationals were held June 1st – 5th at Palm Lake Park in Fort Pierce, Florida and was host to over 40 racers and 250 boats competing for 26 national titles. To say the competition was fierce would be an understatement! The weather was great all weekend, other than some strong afternoon winds, but the lake was sheltered enough to keep the choppy water to a minimum. Not even the two resident alligators could slow the action down.

Congratulations go out to Bill for all his hard work and effort in bringing home another Venom victory.