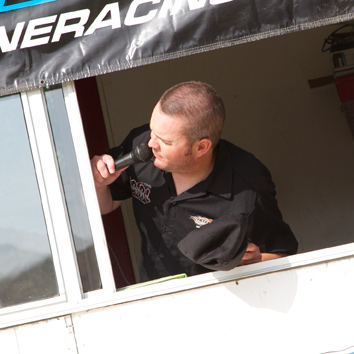 Jimmy Babcock’s 2011 JBRL electric series came to an end this weekend at Hot Rod Hobbies in Saugus, California. The 8 race long series was held throughout the year at multiple tracks across Southern California. This year saw an exceptional turnout with an average of 200 entries per round. The popularity of the race seems to grow each year, which could be attributed to the cash prizes and car kits to the overall winners, provided by TLR (the highest finishing non-chassis sponsored driver received the kit).

Points were tallied up going into the final round and a few class titles were clinched, but many of the overall wins were still up for grabs and came down to the final, 8th round. The very fast, blue groove track made for some great racing conditions. The TLR racing team showed up in full force with Matt Castellano, Aaron Lane, Frank Root and more, while Team Associated made a presence with Johnny Wachter, Brent Fiege, Chris Jarosz and others.

A special thanks to Jimmy Babcock and the rest of the JBRL crew for putting on a great racing program this year. We’ll see you next year!

Congratulations to the winners! Check out the top finishers for the series in the gallery below.