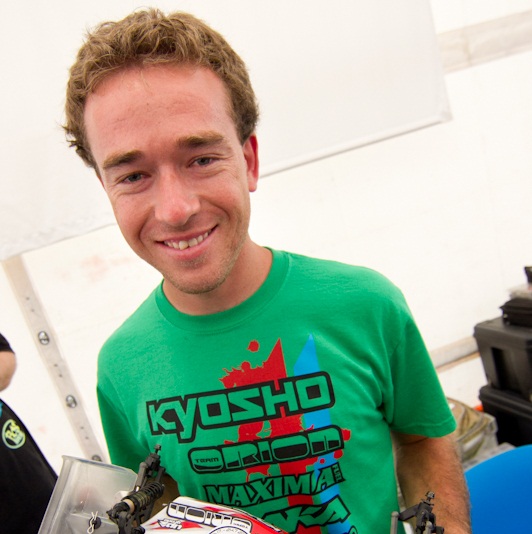 The first press conference for the Electric Buggy Worlds 2011 filled the media center with interested locals and foreign press. The purpose of the conference was to convey the atmosphere of the race through different perspectives. Representing EFRA was Paul Worsley. One of the favorites of the race, Jared Tebo presented his view of the race as a professional driver and Finnish perspective was conveyed by Jukka Steenari, the most successful Finnish RC driver, who is the first Finnish professional driver and now living in the United States developing RC cars.

There are about 150 contestants from 22 different countries competing for the championship in two classes, Worsley summed up. According to him the size of the teams is affected by the size and previous success of the country in modular racing.

For Tebo winning the championship means a lot and it is his highest goal. For him it is a wonderful feeling when everything goes smoothly. Tebo, who is the 2007 world champion in four wheel driving, praised the arrangements in Vaasa as well as the race organization, and even went as far as giving the race the title of the best race ever.

He was happy with the track and especially pleased with the layout, which he thinks allows the contestants a better chance to pass each other.

Monday was used to drive practice rounds on the track and during the intensive day the contestants got their first feel of the track and worked on the final adjustments on their cars for the qualifying rounds starting tomorrow.