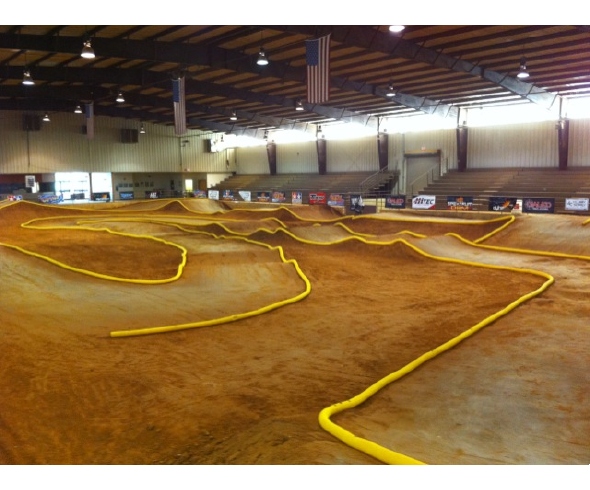 The JConcepts crew loaded up once again and headed out of town to attend the 2010 Alabama Indoor Shootout. With a fresh track layout and another new race event in the works Alabama has become a new home away from home for the JConcepts crew in 2010. The AIS crew constructed yet another outstanding track layout, design and with the incorporated elevation and super clay racing surface, consistency was second to none.

The 1/8th buggy nitro class was full tilt all weekend long with Chad Phillips taking TQ and JR Mitch 2nd and Jason Ruona 3rd. At the start of the main JR Mitch wasted little time getting into the lead and made an incredibly tough pass coming down hill toward the drivers stand on the opening lap. JR’s RC8b was on rails and most notably at the start where he stretched the lead opening a nice gap between 1st and 2nd. The 45 minute main continued on with JR holding a nice comfortable lead and Phillips in 2nd. JR was flawless in the pits with Paul Wynn getting him in and out quickly and efficiently while maintaining the lead throughout. As the race neared the finish JR finished strong taking the big win home for JConcepts. The Subcultures in blue compound were perfect for the Alabama track and surface and provided the tread depth and engagement necessary for the cool groove conditions. JR topped off his winning buggy with the Punisher body and Illuzion HD rear wing.

The 1/8th electric class was another major class of competition at the Shootout with Jason Ruona taking TQ. The field was set and a full grid of antsy drivers anticipated triple A-mains. A-main # 1 started with JR Mitch making his way into the lead through the rhythm section closely followed by Ruona. With the large field of drivers the lead group was constantly in traffic which kept racing tight and unpredictable. JR took a 6 second lead to finish 1st in A-main # 1 with Ruona in 2nd and Paul Wynn 3rd. A-main # 2 started with the TQ Ruona taking a slight lead. A few mistakes from Mitch in addition to traffic problems allowed Ruona to stretch the lead considerably. Ruona takes A-2 with JR Mitch 2nd and Paul Wynn in 3rd.

A-3 would be the deciding factor between Teammates Ruona and Mitch. Ruona pulled a great start with Mitch no less than 2 vehicle lengths behind for most of the first lap. As the two entered the front stretch Mitch made a move through the land-mine section getting inside. Continuing over the double jump coming onto the straight-away the 2 drivers touched giving a slight advantage to Ruona who waited slightly for Mitch to get back on track. Paul Wynn took the lead with Ruona now in 2nd and Mitch 3rd. Ruona made a move on Wynn in the land-mine section putting him into the lead once again. Just when it appeared Mitch had regrouped from a poor start, a mechanical problem forced him out of the race. Ruona finished off A-3 out front while Wynn remained in 2nd throughout. Finishing out front, Ruona took A-3 and the overall championship with JR Mitch finishing 2nd and Paul Wynn 3rd. All 3 drivers relied on JConcepts tires all weekend with Subcultures, Double Dees V2 and Bar Codes being the favorites for the top 3 drivers. Topping things off Mitch sported a prototype Punisher RCBB-e body with Ruona and Wynn utilizing the Hi-Flow body while all 3 drivers sported the Illuzion HD rear wing.

Already looking forward to the next trip, JConcepts would like to extend a huge congratulations to the AIS crew, track and facility on yet another fantastic indoor event. 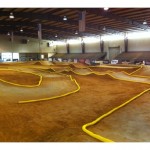 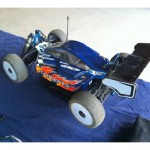 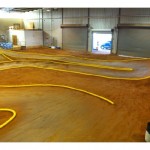 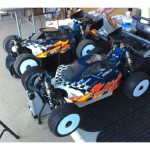 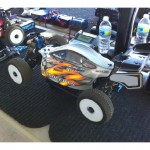 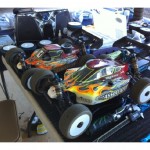 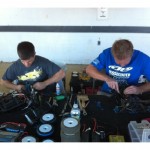 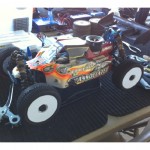 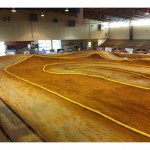 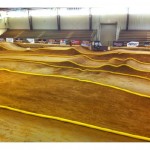 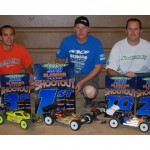 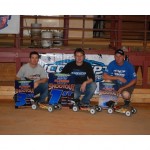 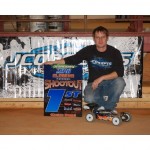 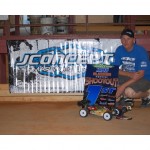 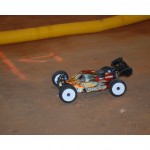 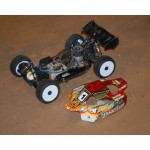 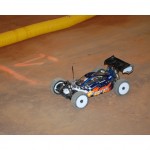 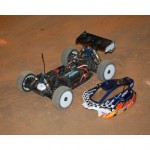