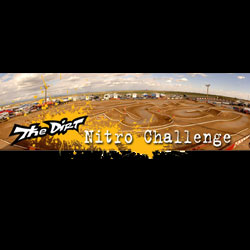 Qualifying has concluded and Team Associated/Team Orion’s Ryan Cavalieri has TQed Pro Truggy with his RC8T.

In Pro Buggy Kyosho/Team Orion’s Jared Tebo was back to his old form and will sit number one when the A-mains roll around. Jared ran a Kyosho MP9.

Stay tuned as I’ll be posting more throughout the day. Saturday is all truggy as the mains get under way. On Sunday just the buggies race. A truggy champ will be crowned tonight!

Jammin’s Taylor James and Mugen’s Bobby Tillmann both bumped up from the Pro Truggy B-main. The A-mains will now be getting under way.
Saturday, February 21, 2009 4:22:06 PM by Jason Sams

Check out the photo gallery, as I have been uploading images throughout the day.

Team Associated’s Ryan Maifield led most of the hour-long Pro Truggy A-main only to relinquish the victory to his teammate Ryan Cavalieri. Cavalieri, who TQed, seemed to be cruising most of the main event. In the last 10-minutes of the race, he dropped the hammer and put down his fastest laps of the race. Cavalieri won with with a Factory Team RC8T, Team Orion’s new Alpha CRF .21 engine, and Pro-Line Hole Shots. Cavalieri said, “my truck was good in the beginning of the race, then it went away, and in the end it got really good, as my tires wore in.”