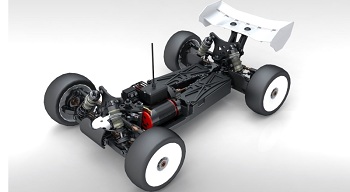 The Serpent Cobra S811-Be is the next superbly designed offroad car in the Cobra family. The Serpent Cobra buggy was launched in middle of 2010, followed by the Serpent Cobra-T Truggy in may 2011. Now World Champion Billy Easton created another masterpiece, based on his longtime experience in top-level offroad racing.

The Serpent Cobra-Be follows the same design philosophy as with the gaspowered Serpent buggy and shares most of the same components as well. The whole central section with battery-slots, esc and receiver holder, servomount and motormount, chassisplate, rear wing / wingmount and the bodyshell are the key new developments in the Cobra-Be.

Keeping the weight as low as possible, easy access to batteries, ESC and motor, and retaining a perfect balanced and fast car under all circumstances were the main goals to create a race-wining design. This Serpent / Easton design is not about just replacing gaspowered elements with electric power, but a dedicated design which uses the available space in an optimal way, fully aimed at electric power use and ready to cope with extreme power of todays brushless motors.

The main eyecatchers are the extremely low laydown longtudinal placed battery-packs at each side of the car, being part of the side-guards, securely fastened with a flip-lid, for easy and fast battery changes. The weight low in the car and in the right position, well balanced. The Lipo holders comply with ROAR legal packs / dimensions.

The motor is placed in the most optimal position in the car, keeping motor-forces and transmission parts / alignment in mind. Only one-screw is needed to secure the BL motor, in the nicely designed durable machined aluminium motormount. Space for additional motor-cooling available as needed.

Sufficient space available even for the larger brands speed-controllers / vents in the moulded mount that also integrates the unique vertical positioned / upright steering-servo. The lightweight receiver is mounted in small integrated box on top.

The new front and rear chassis stiffners have been designed to fit the new central section best.

Easton also designed a new lower rear wing mount , and a lower type rear wing to match ( which can also be used on the Cobra-B and Cobra-T as well).

Many of the optionals of the gaspowered Cobra-Buggy also fit the Cobra-Be, as will be clearly shown in the Serpent website later on.