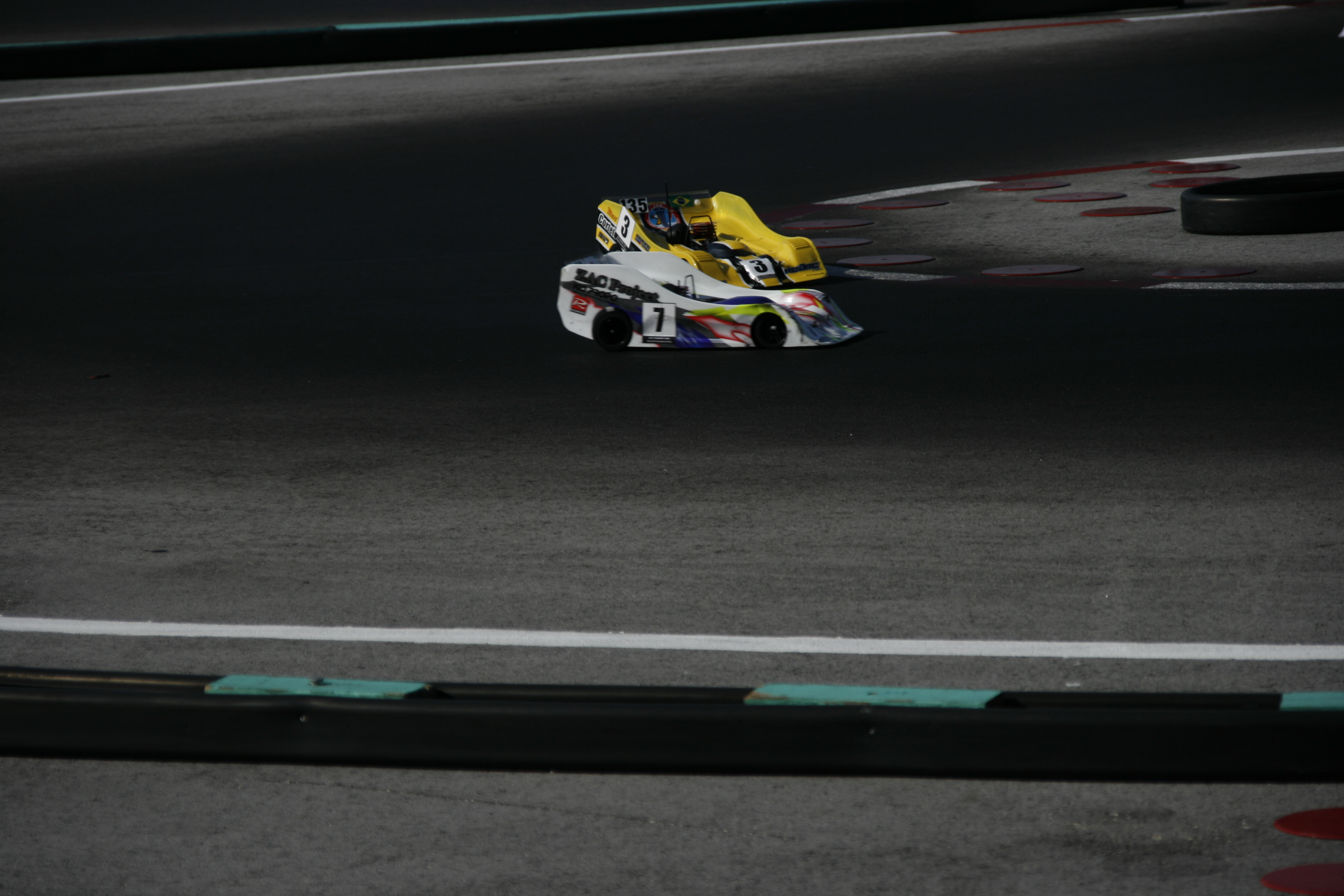 Qualifying is underway at the 1/8-scale IFMAR on-road world championship being held in Homestead, Florida. This championship consists of one class–large and extremely fast 1/8-scale nitro-powered 4WD on-road cars. This high-end form of racing is often referred to as the Formula 1 of RC, and since this is a world championship, there has been some controversy. Early qualifying efforts had to be thrown out due to the illegal use of tire traction additives. IFMAR decided the only fair way to address the issue of some competitors using traction-adding “sauce” was to throw out all efforts up to that point since it was impossible to identify exactly who used additives. Now, after four rounds have been completed the benchmark for ten minutes of qualifying (the main race will be an hour long on Saturday) has been set an an impressive 37 laps on the large track. Only six drivers have put down 37 lap runs. The current top qualifier is Robert Pietsch from Germany who is closely followed by Japan’s Atsushi Hara. The fastest single among the top drivers was put down by Japan’s Keisuke Fukuda.